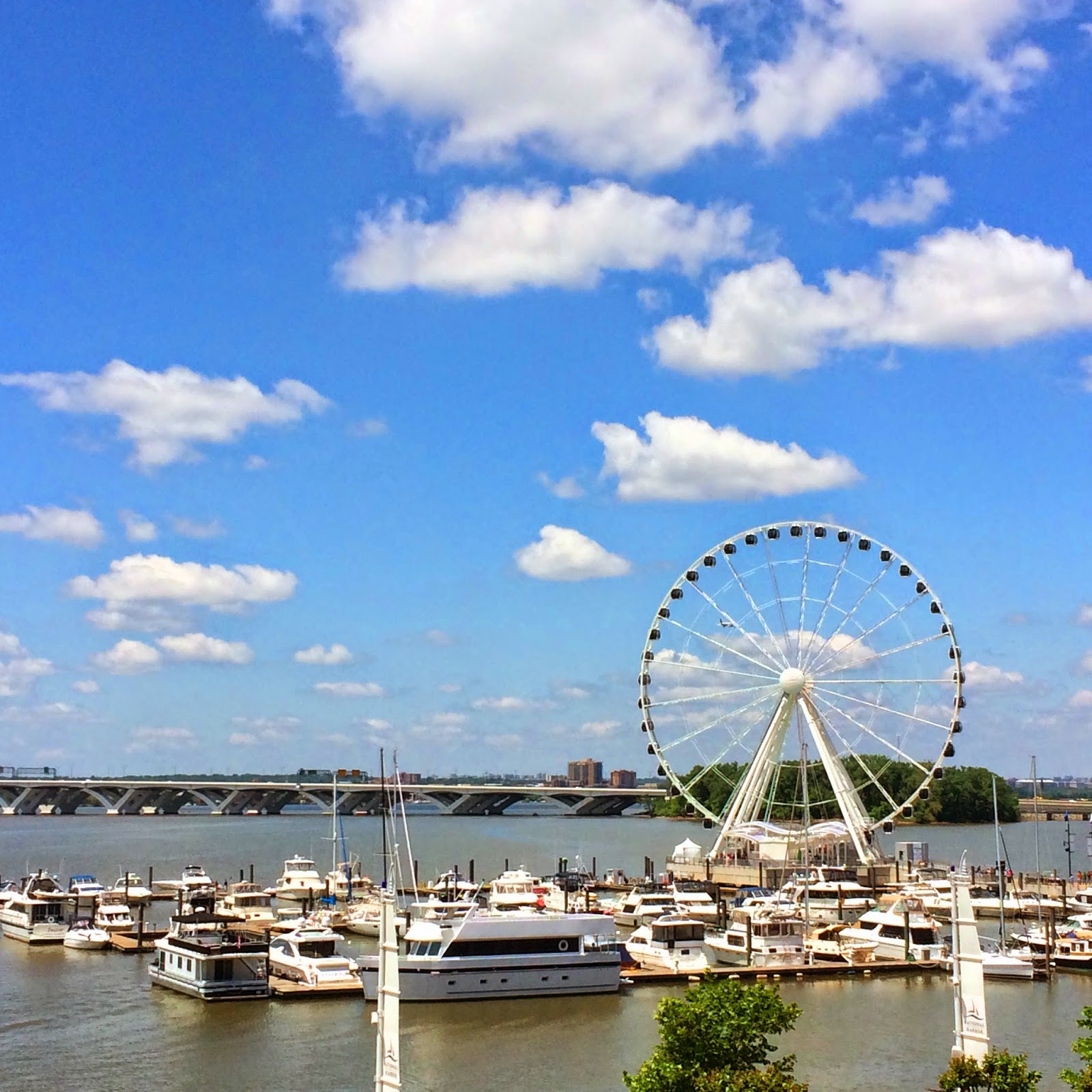 Ahh, Memorial Day. For those of us lucky to have it off, it signals the start of summer and BBQ season, my absolute favorite summer activity. I was burdened by attending three potlucks/bbqs over the weekend and I'm still detoxing from the mountain of pasta, potatoes, burgers I consumed. Other than eating and reuniting with some friends, the fam and I went to National Harbor, MD to check out the grand opening of the Capital Wheel. 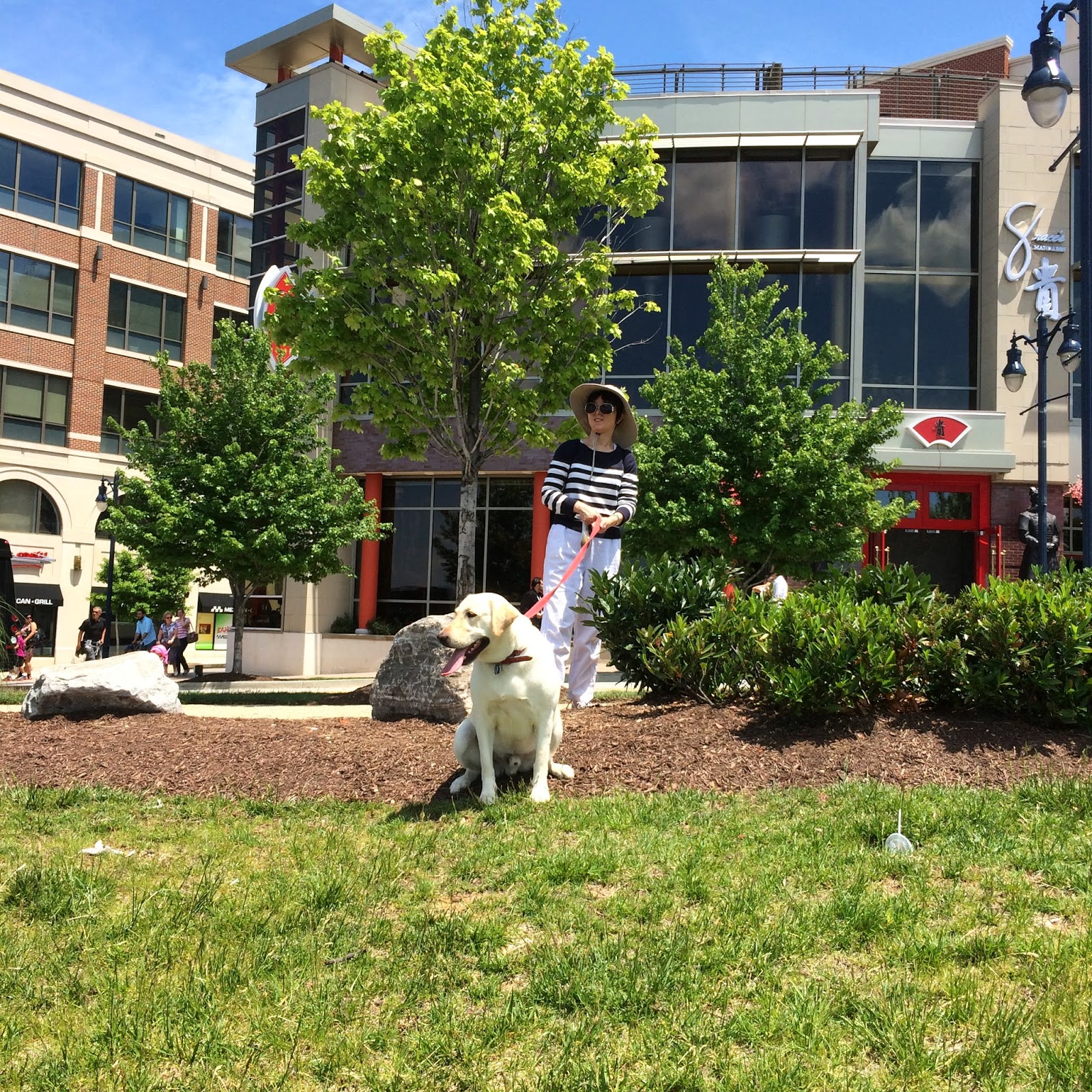 Charlie came too (of course) 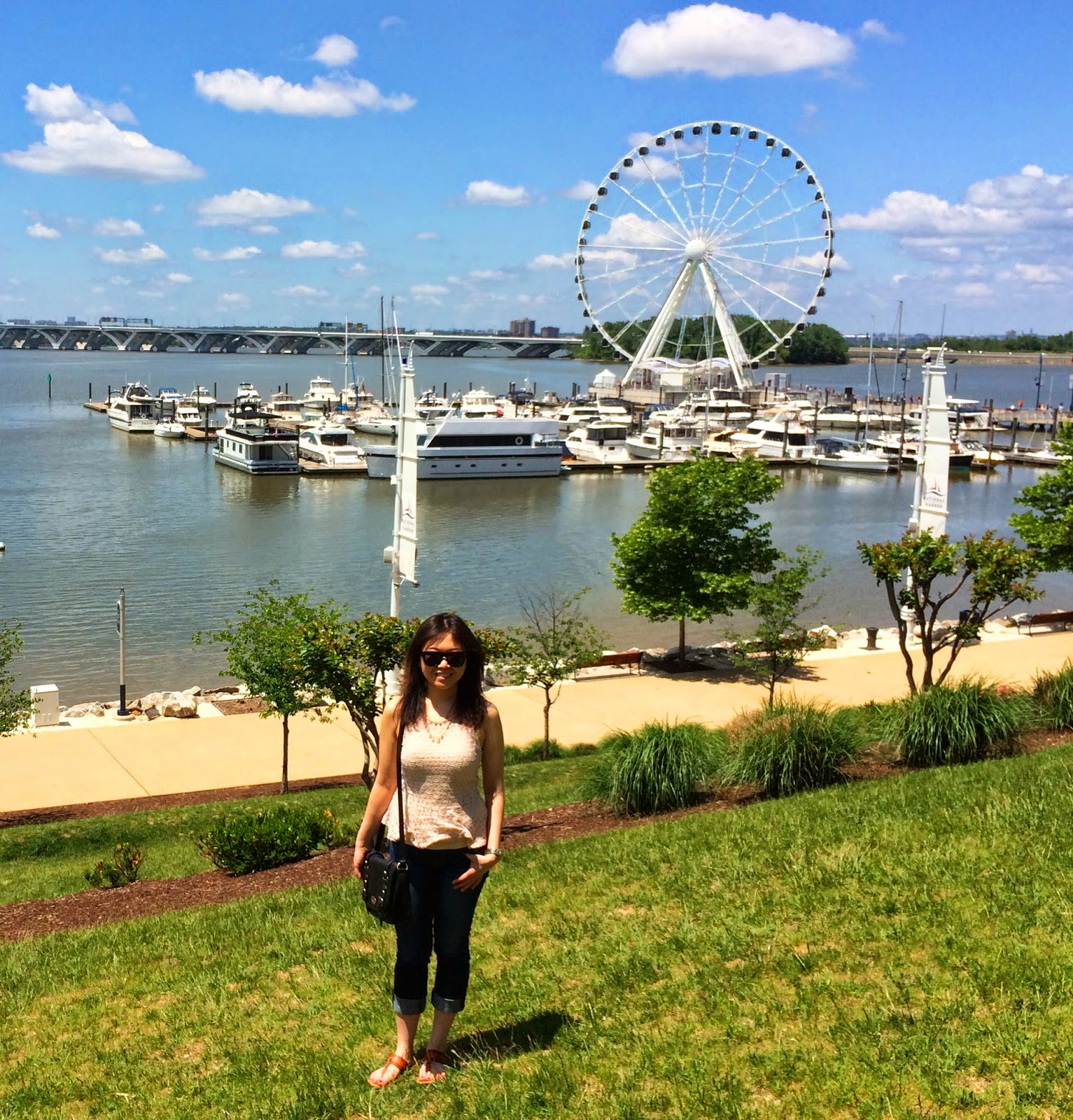 National Harbor was a hybrid between what I imagine Annapolis to be (by the water) and Rio, maybe even smaller than that. Lots of the same shops as Rio, big name chain restaurants, families with dogs and babies (where did they all come from...), good for walking around for about an hour. We're spoiled by living close to the Rio and Rockville Town Center, which feel similar, so I don't think a special trip is really necessary, but it was a beautiful day and Charlie got to mark his territory in PG county, so it was still fun.

On the way back, my parents dropped me off in DC and I spent some time catching up with friends. Plans for late night out were foiled by a trip to Shake Shack and as responsible adults with jobs and grad school, we retired at 11 pm.

At least the next morning we were well rested for brunch! At a cute little spot called Big Bear Cafe, in an "up and coming" neighborhood called Bloomingdale. How many years can a neighborhood be labelled "up and coming" before it's already there? My bet on is when there's at least a 30 minute wait for brunch. I guess Bloomingdale still qualifies because we were able to walk in and get a seat on the sunny patio as soon as we grabbed iced coffees. I'd definitely recommend Big Bear for the ambiance, the people watching, and the perfectly done cheese omelette. 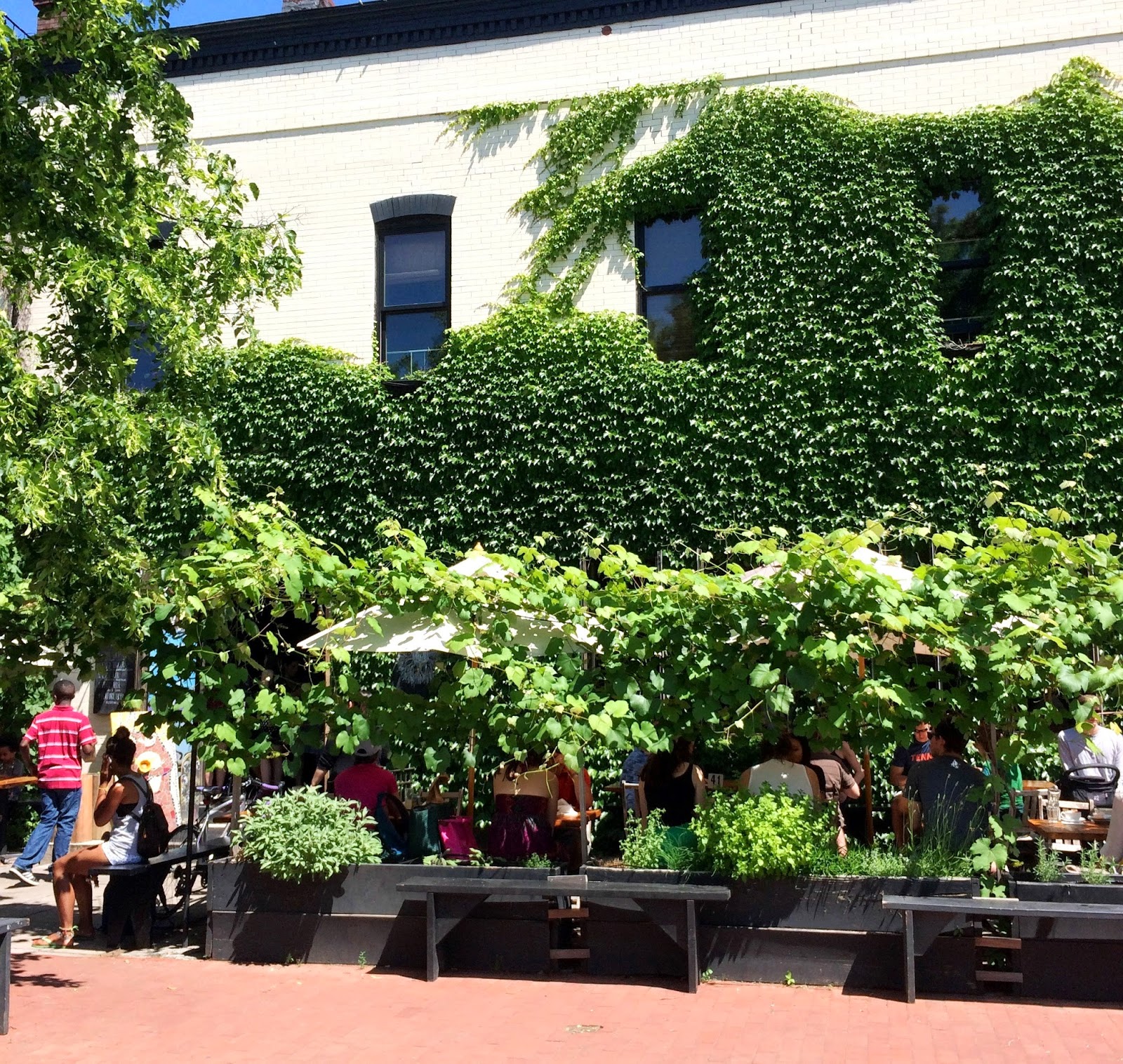 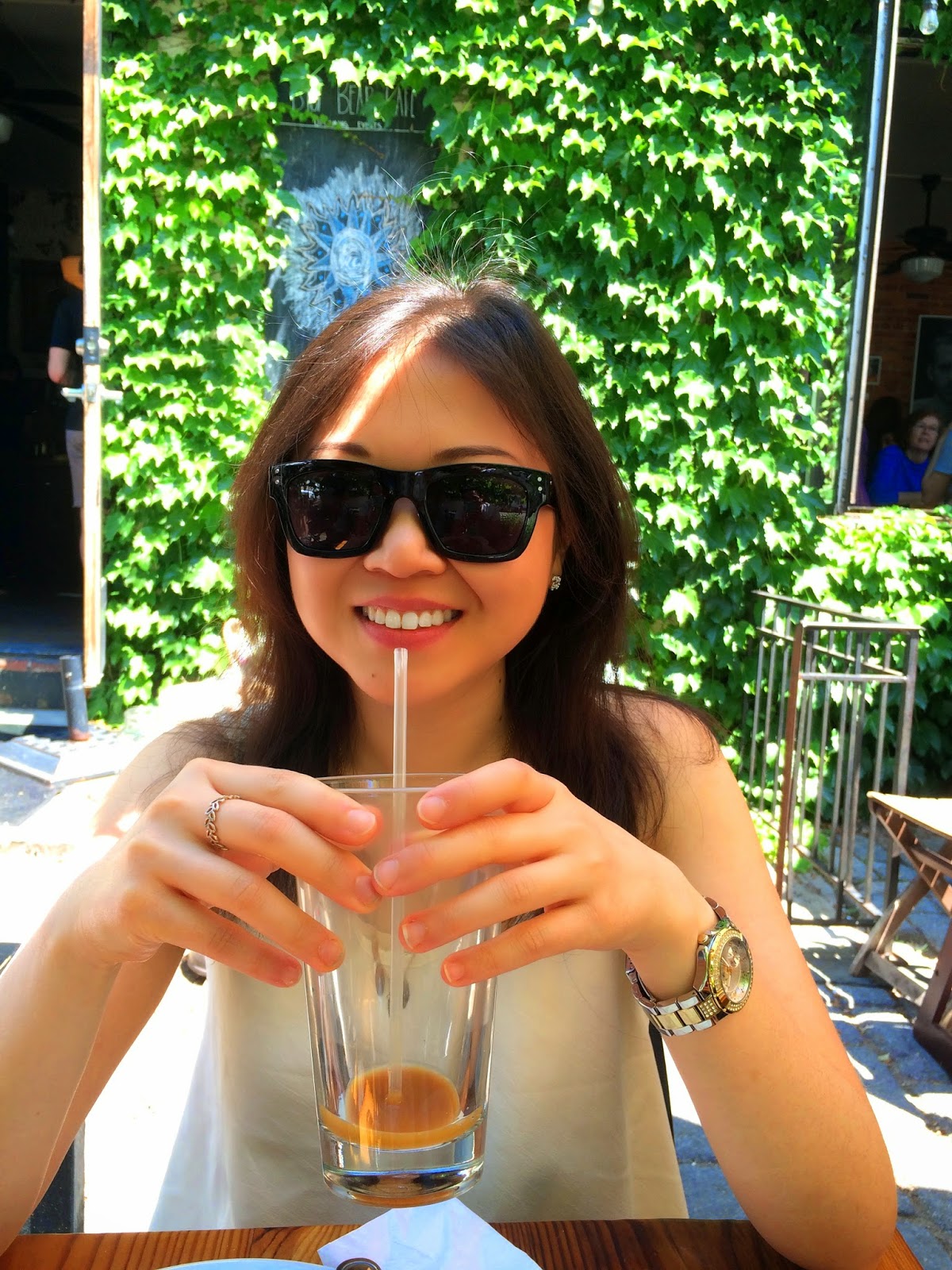 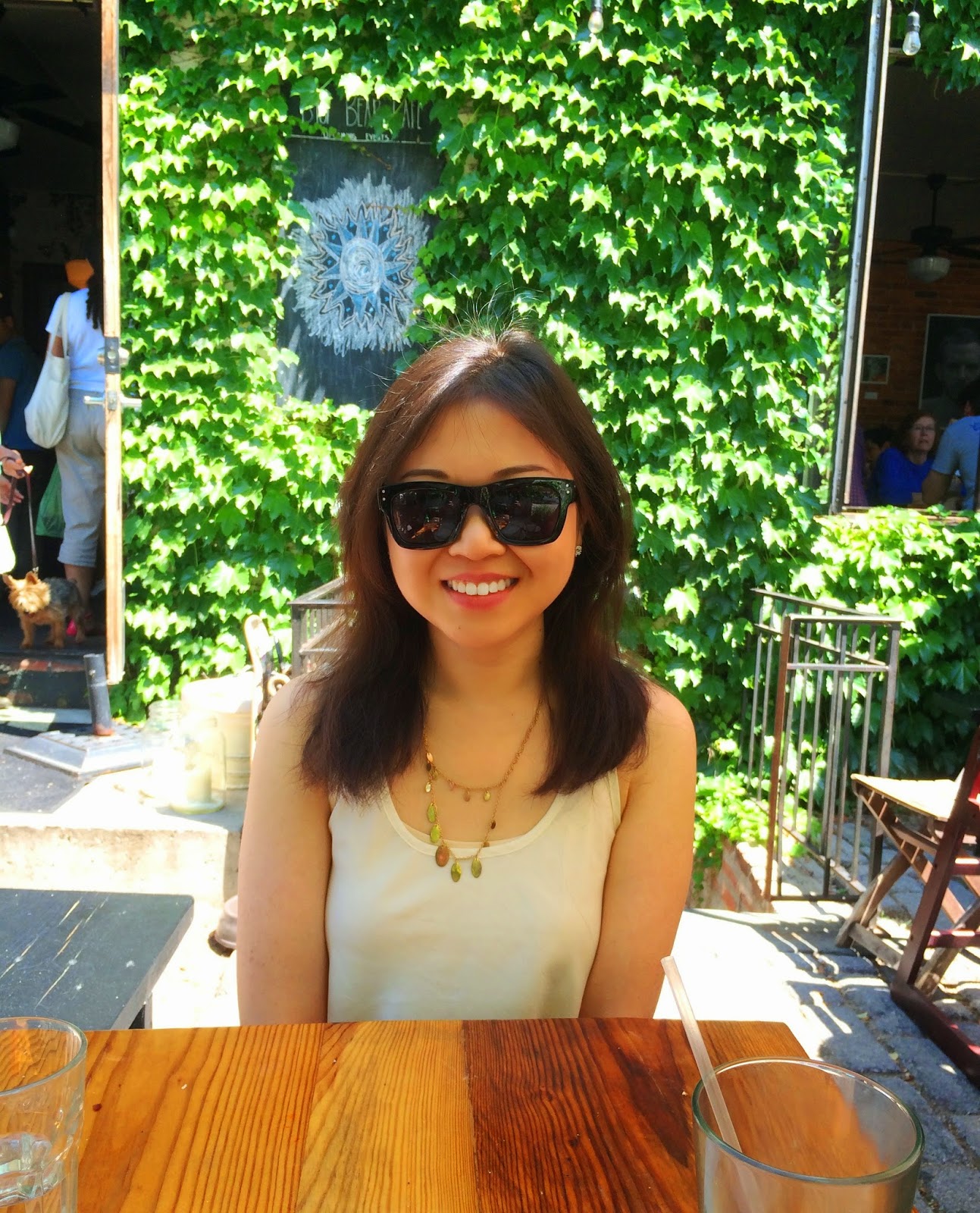 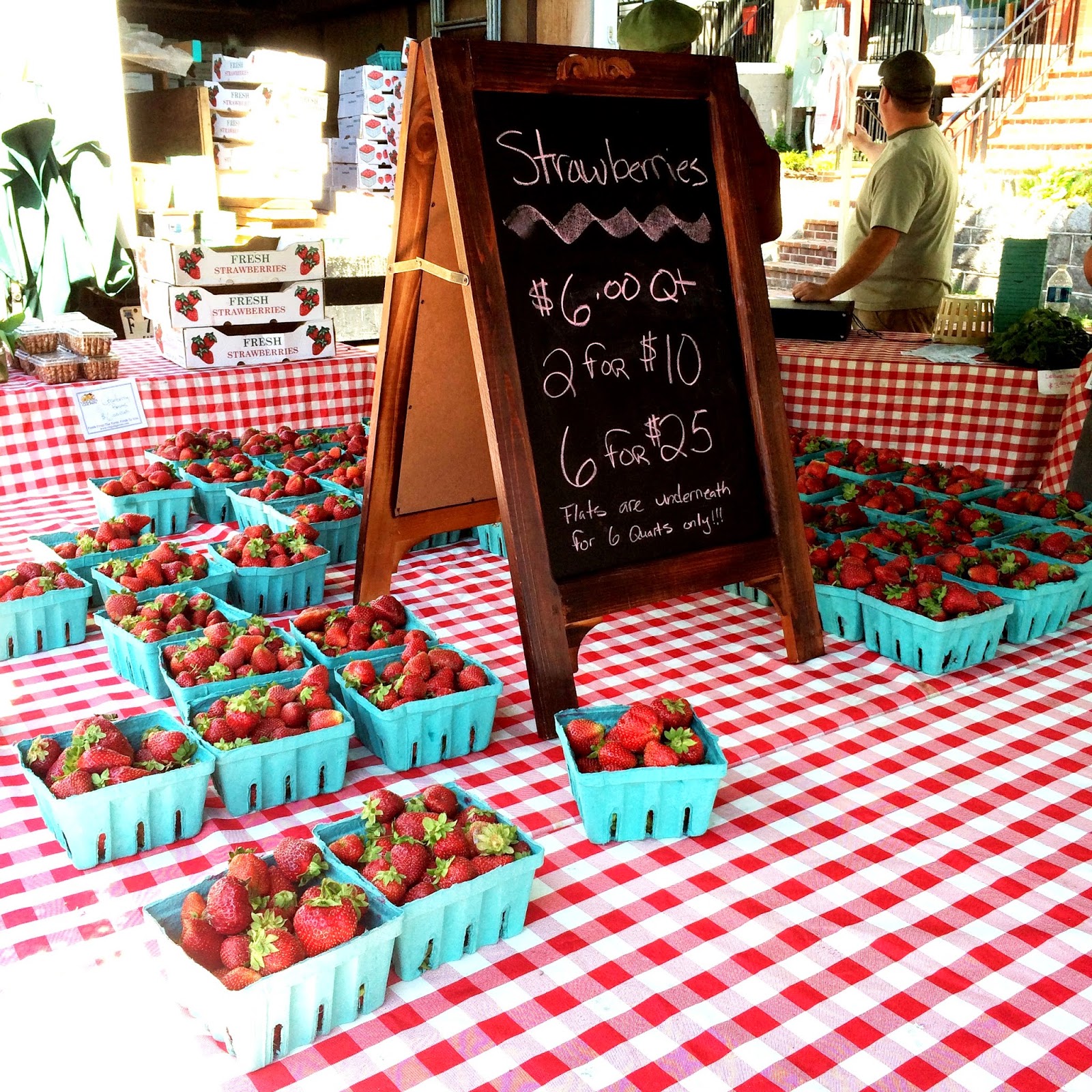 I spy strawberries from my seat on the patio

Afterward, we walked over to Giant and picked up ingredients for a BBQ hosted by a long lost friend from middle school. After baking in the sun for a few hours and catching up with her and some of her very DC friends, it was time to metro back home to the suburbs. DC, I'll be back soon!
Labels: life