Surprise! I didn't mean for so much time to pass before revealing my big news, but before I knew it, the moving date had come and gone and we are settled into our new home in San Francisco. 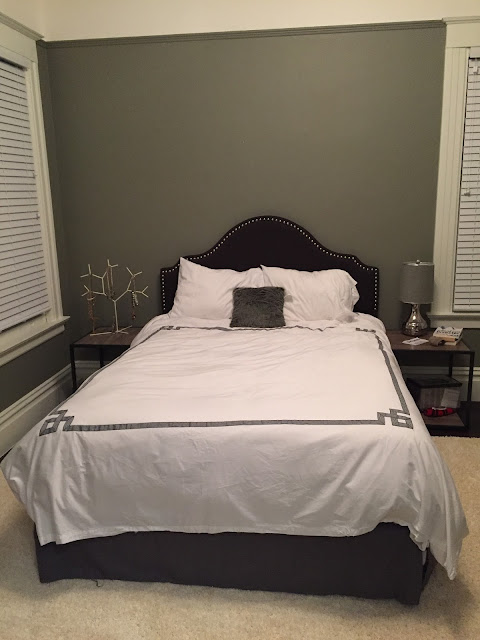 Our moving story was a pretty interesting one. Moving wasn't even on my radar (see this post) when my roommates went to a couple of open houses one weekend. I was working the whole weekend, so wasn't able to go with them. They texted me about a house they were seeing but I was busy so we didn't get to talk about this house until a few days later. The house was huge--4 separate rooms, with an additional open kitchen/dining room area, with laundry, a backyard, and a garage. It was double the square footage of our cozy Lake Street apartment and it looked like a family home meant for a family of 4!

My sister wanted us to apply for the house just to see if we could get it. And halfhearted, I agreed, thinking I could postpone seriously thinking about it until/if we got it. The SF rental market is so competitive that I doubted we would even qualify. But then just 1.5 days later, we learned we actually got the apartment! And then it was real.

I was the stalwart opponent to moving. I loved our Lake Street apartment--even though it "lacked soul" when we first moved in, we made it so cozy that sometimes I didn't even leave the living room for the whole day, only going back to my room to sleep. I loved the location too, one block away from the Presidio trails, a few more blocks to Baker Beach and 1 mile away from the Golden Gate Bridge, which made for amazing views and sunsets in our backyard. It was also convenient to work, only 15-20 minutes on the 1 bus for me, and so so quiet. But due to its quiet location, it was also far. Far from city life in San Francisco, meant more for families and retirees than the three young women we were. I always felt like I had to defend myself regarding where I lived, as I felt the quiet judgement of people when I told them I lived in the Richmond. In SF, the neighborhood conjures up connotations of dim sum, old Asian women, Russian bakeries, and families/children, all of which were fine by me. But our main reason for moving ended up being that we didn't quite feel like we were living in San Francisco. We wanted to be closer to the city, the action (even though we were only 20 minutes from downtown), and walk to hip restaurants/bars, and the new house offered that.

We slept on the decision, and decided to take the plunge. A few hours later, they sent us the documents, and as the amount of the security deposit and moving costs became real, we had another long conversation about it, where we actually reversed our decision and decided to stay. The new rent increase was too much, the cost of parking was hundreds of dollars more, and we would have to buy so much more furniture to fill the new space. We were filled with guilt as we emailed the realtors the next morning that we actually couldn't sign the lease.

To our surprise, they emailed us back saying that they really wanted us as tenants, and that they were willing to lower the rent by $200 a month, and throw in parking for free! We were shocked. This never happens in San Francisco, where it was typical for tenants to enter a bidding war, often offering over asking price to lock down an apartment. We couldn't turn down this new offer, as this made some of our concerns moot, and so we finally signed, just 4 days after our application. And by Friday of that week, it was officially official, we were moving! 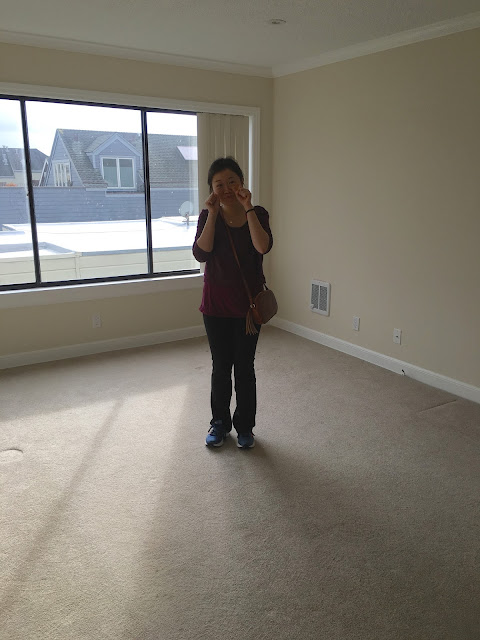 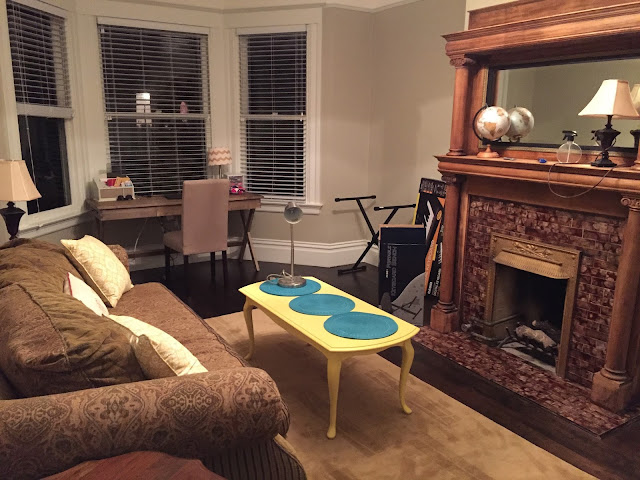 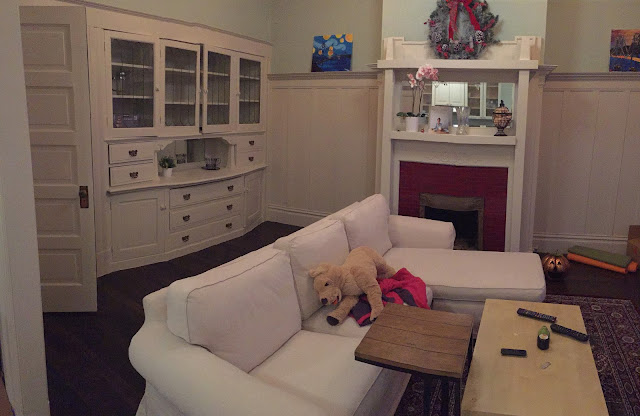 We got that couch for $100 on craigslist! 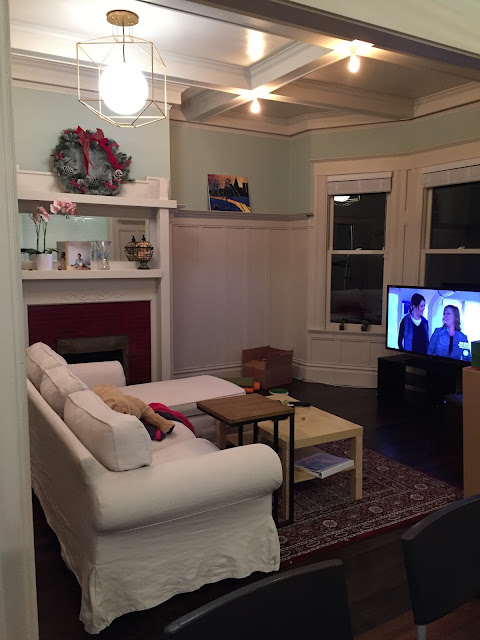 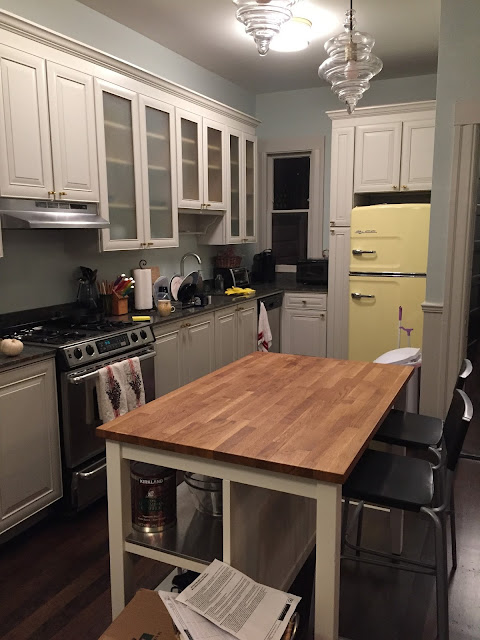 After I got over the shock that I was actually leaving Lake Street (I was so content with it that I expected I would be there for the rest of residency), the rest of the move was easy (though parting with 1.5x rent for the security deposit was painful). We packed, we went craigslisting for furniture (saving 2/3 of the in-store cost!), and we hired movers for the big day. The day went off smoothly and we were done in about 5 hours.

And now I'm finally living in it and it's definitely a different feeling. The space is more separated, so we definitely get more privacy, and I'm ok with that. I've only been here for about 2 nights (since I left for vacation the day after I moved in) but so far it feels like real family house. I've been walking to work, albeit it's a satellite campus and not the main one, and the walk only takes 20 minutes and is pleasant. There's a Safeway 2 blocks away. I joined NextDoor in my new hood. I'm a little nostalgic for the old place but also excited for the new experiences to come.

Update: The past few weeks were filled with holiday housewarming parties and dinner parties galore! I love hosting parties so it was a great excuse for me to get my friends and colleagues over for the holidays. 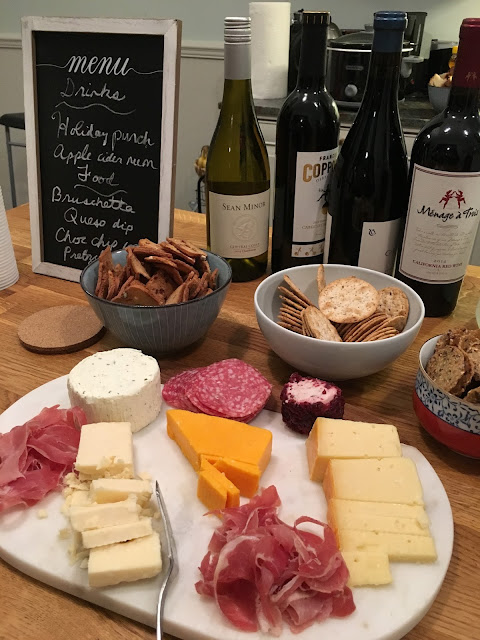 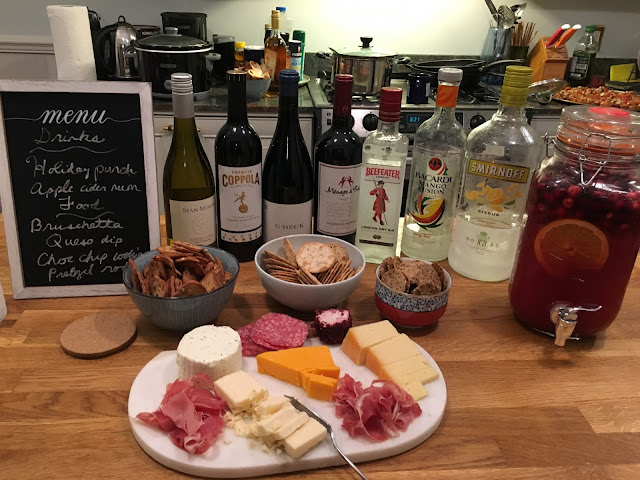 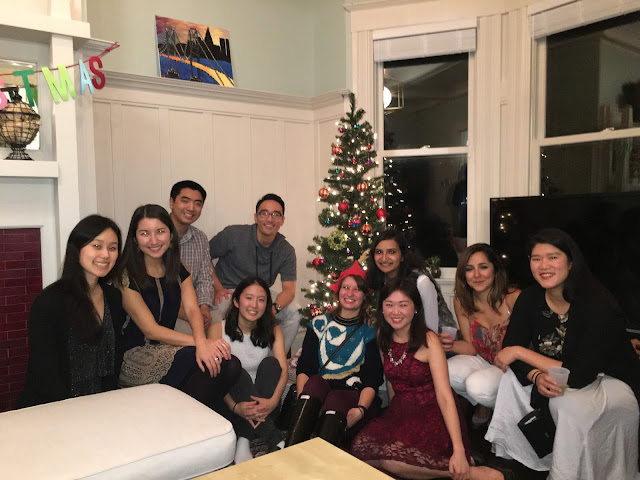 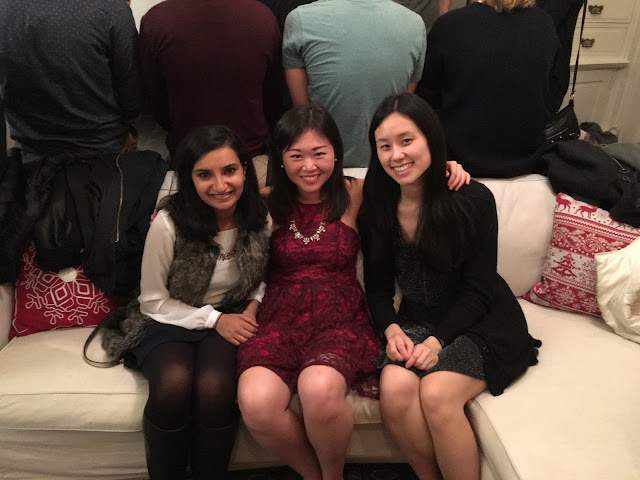 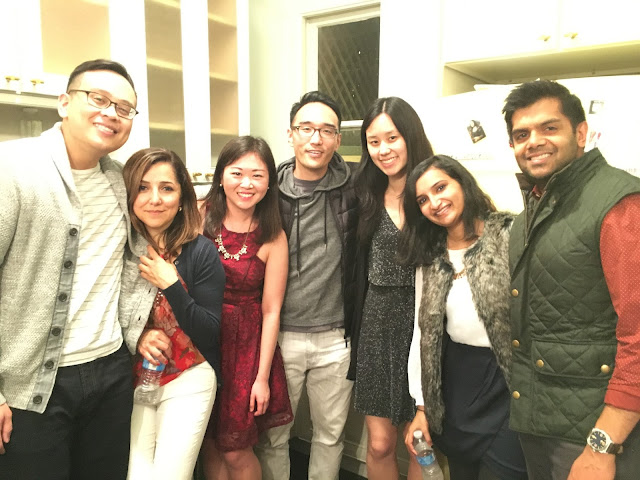 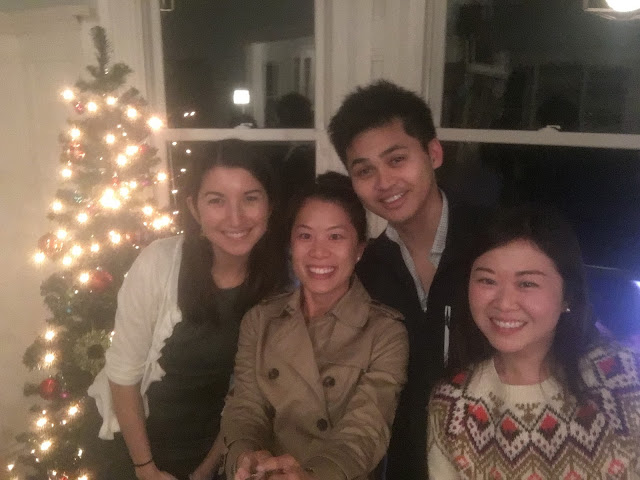 Some of my favorite people visiting SF :) 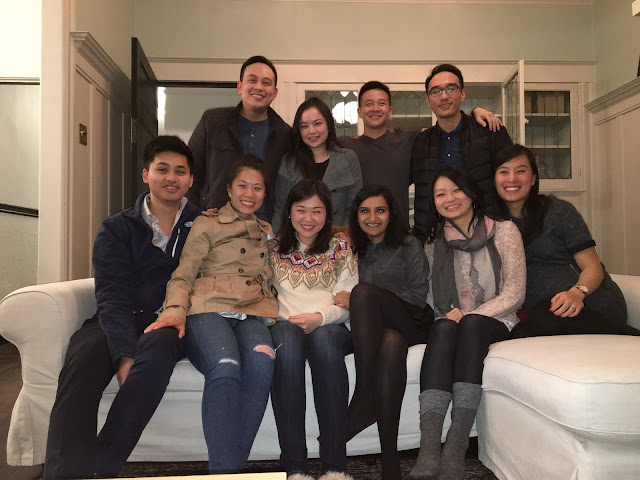 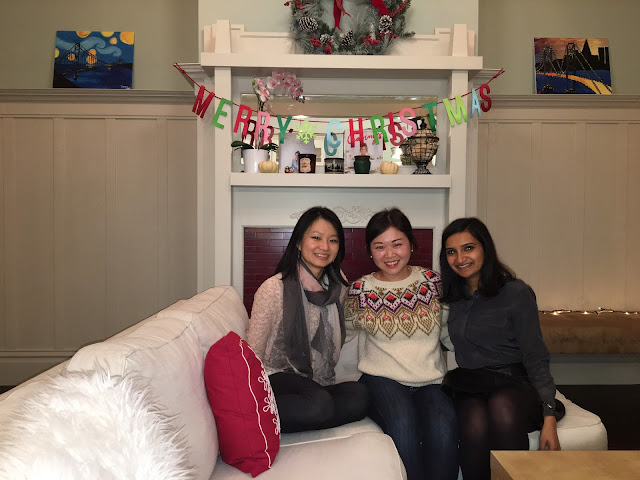