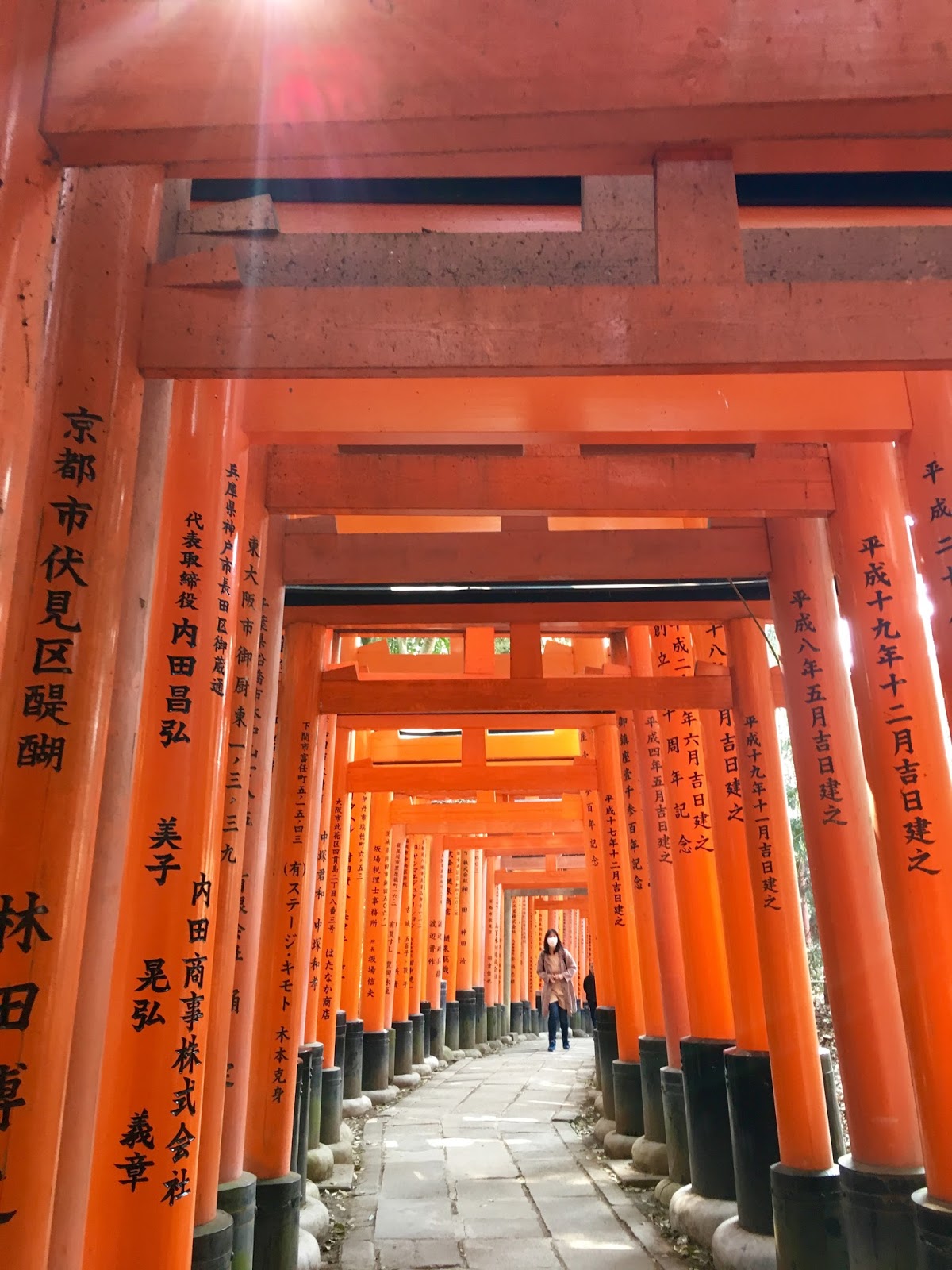 Ever since I watched Memoirs of a Geisha (sue me), whenever I think of Japan, I think of Fushimi Inari-taisha. We reserved the gates for our second day in Kyoto and it was well deserved. It was easily accessible from the subway (only 1-2 stops away from central Kyoto station) and it's worth it to get there early before it gets overrun with tourists. The shrine is dedicated to Inari, a fox-god which is also the patron of rice, fertility, and business and so each of the torii gates is donated by a Japanese business. As the gate density thins, the crowd does too the higher up the mountain you go. 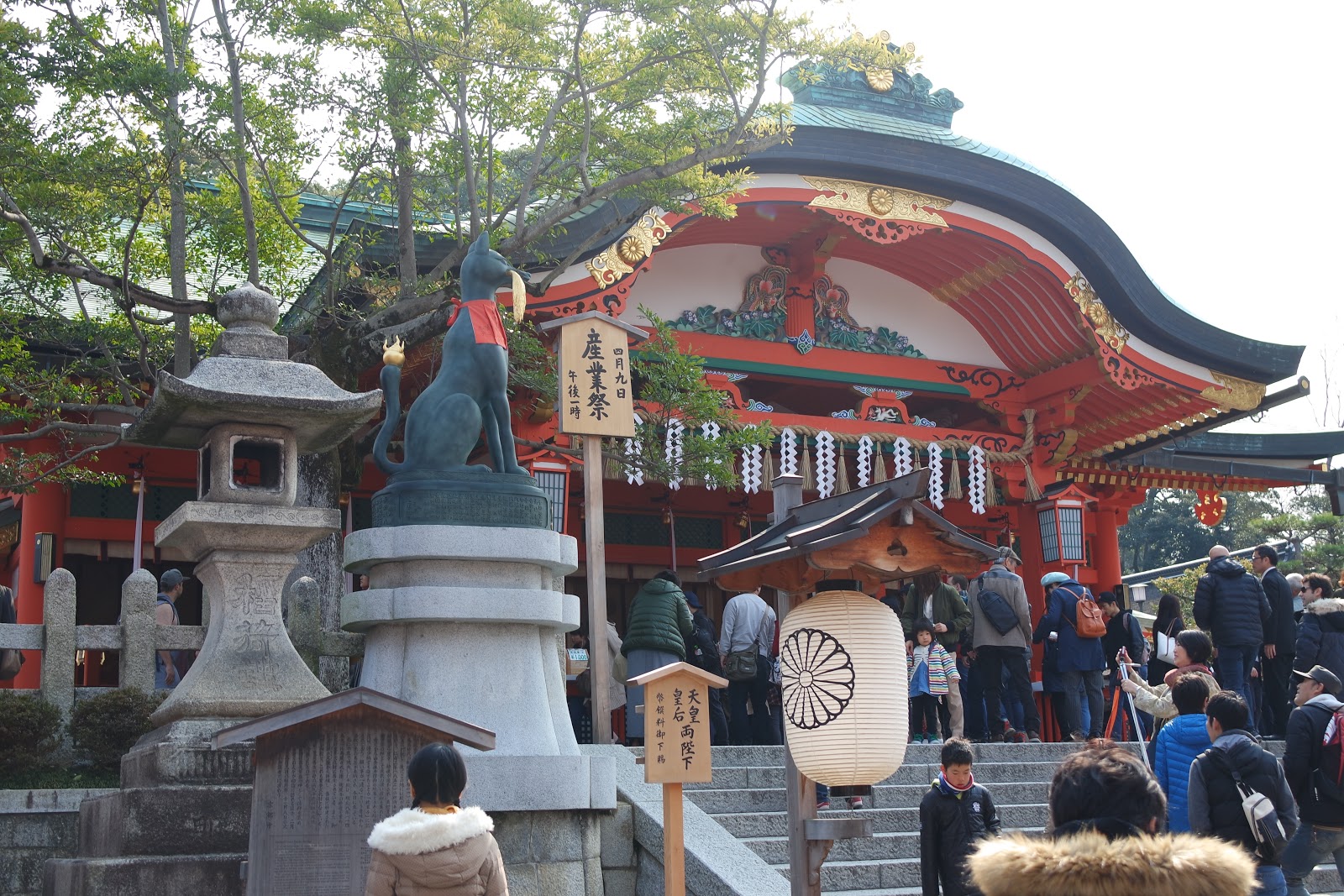 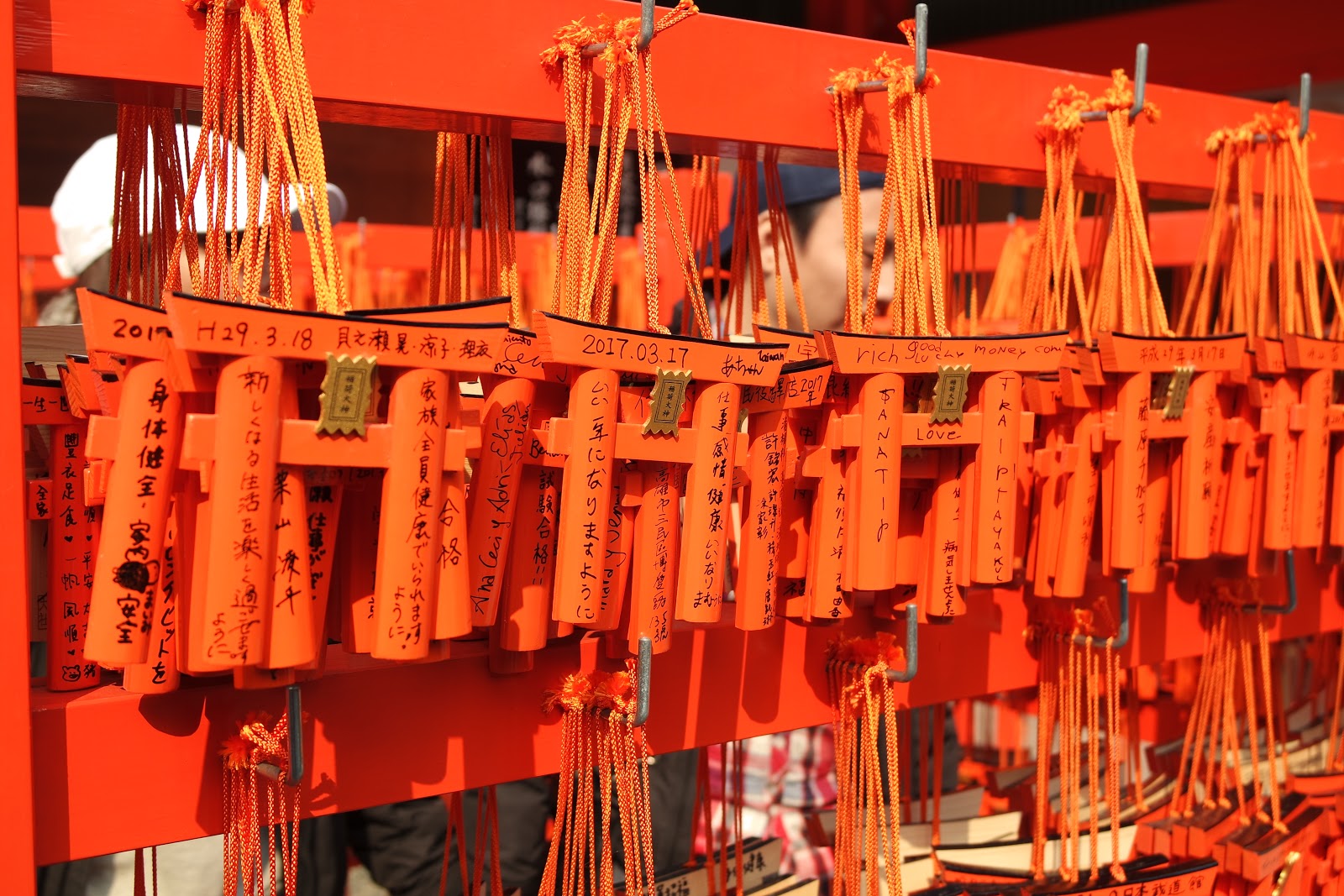 Mini torii gates you can buy to dedicate 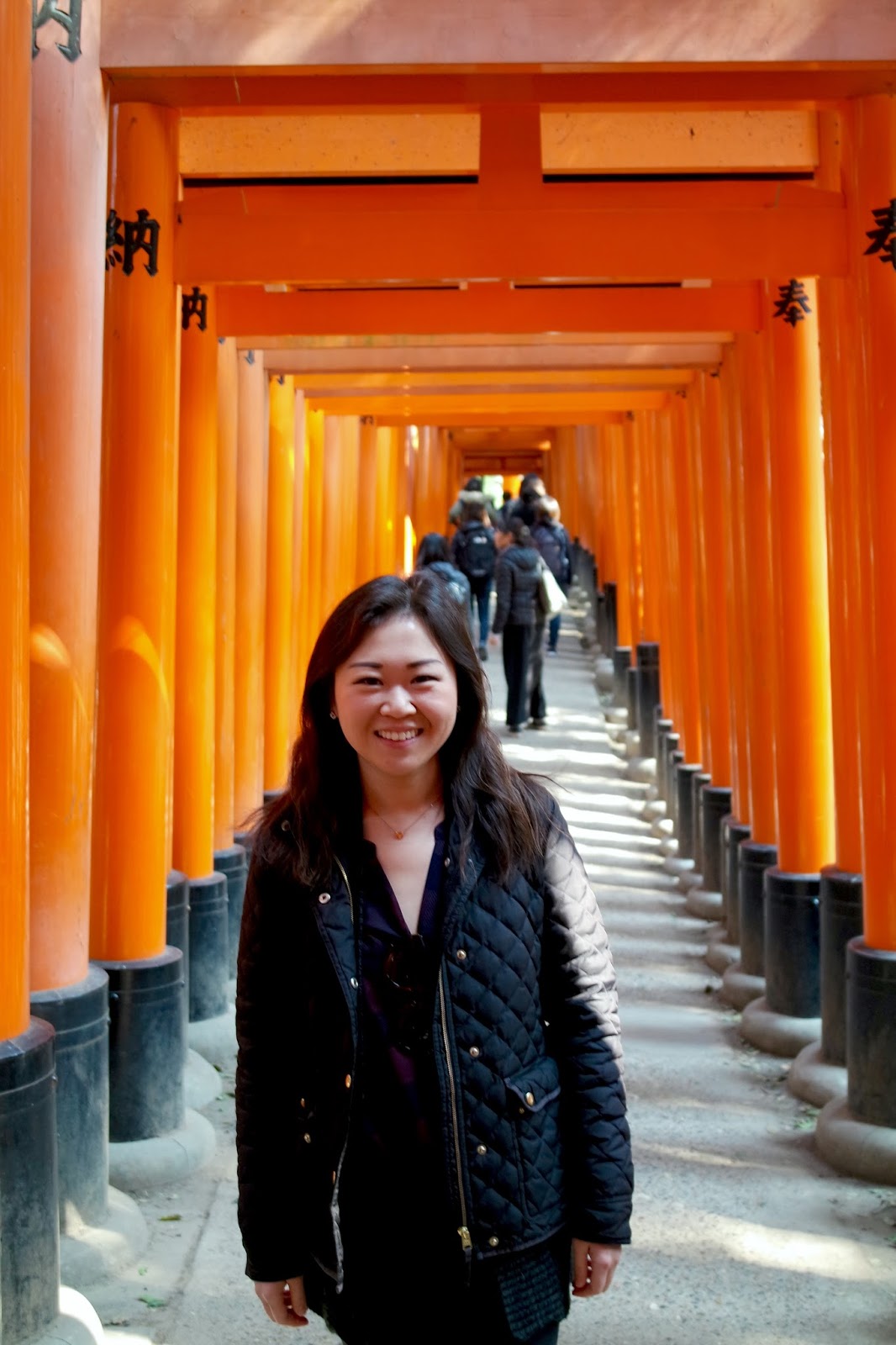 Since the crowds were so dense, we would run ahead and hurry to take a picture whenever there was a break in the crowd, which made for some very blurry pictures. I would have liked to climb to the top (takes about 2 hours) where there are less people, but my dad has bad knees, so we only made it about half way. 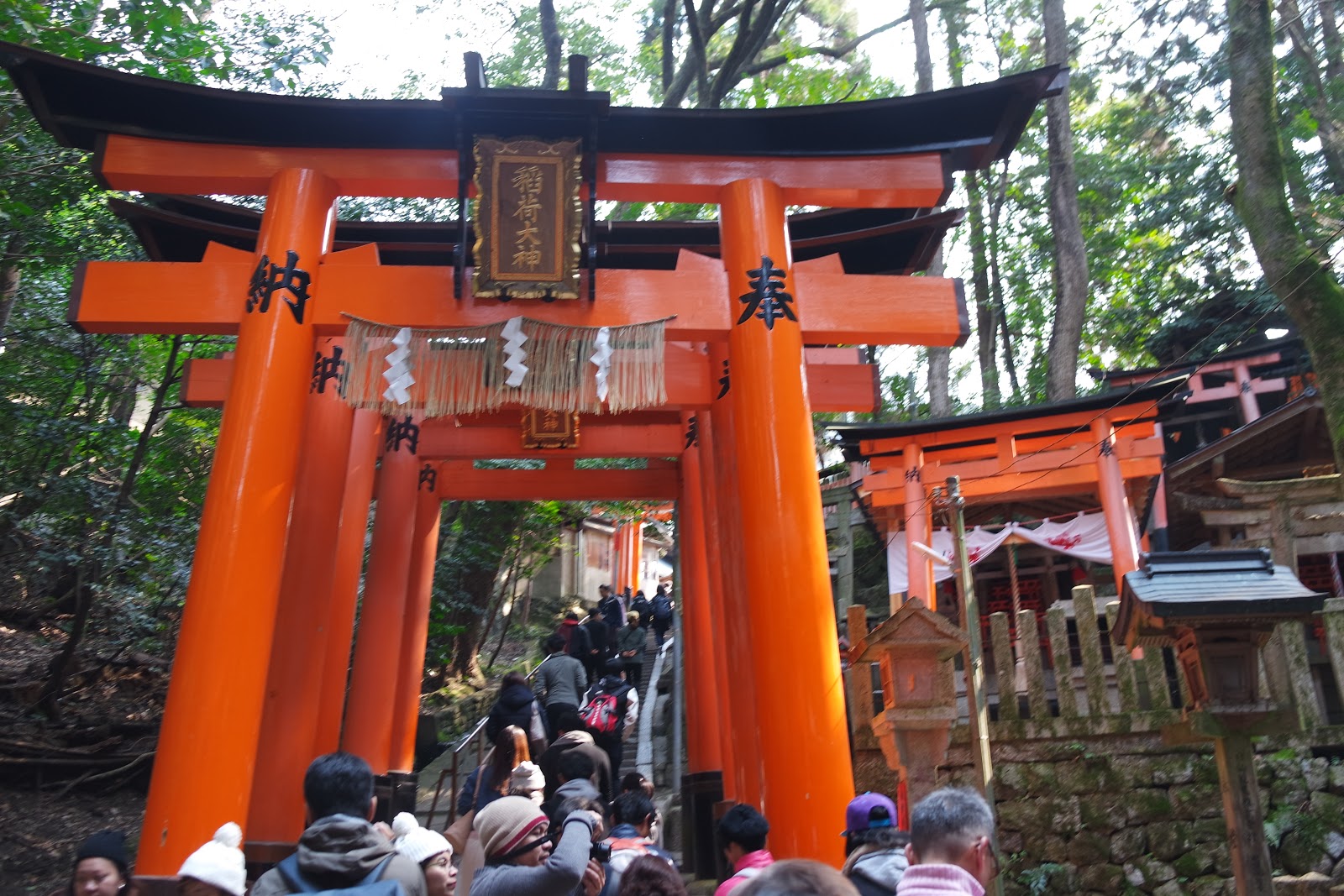 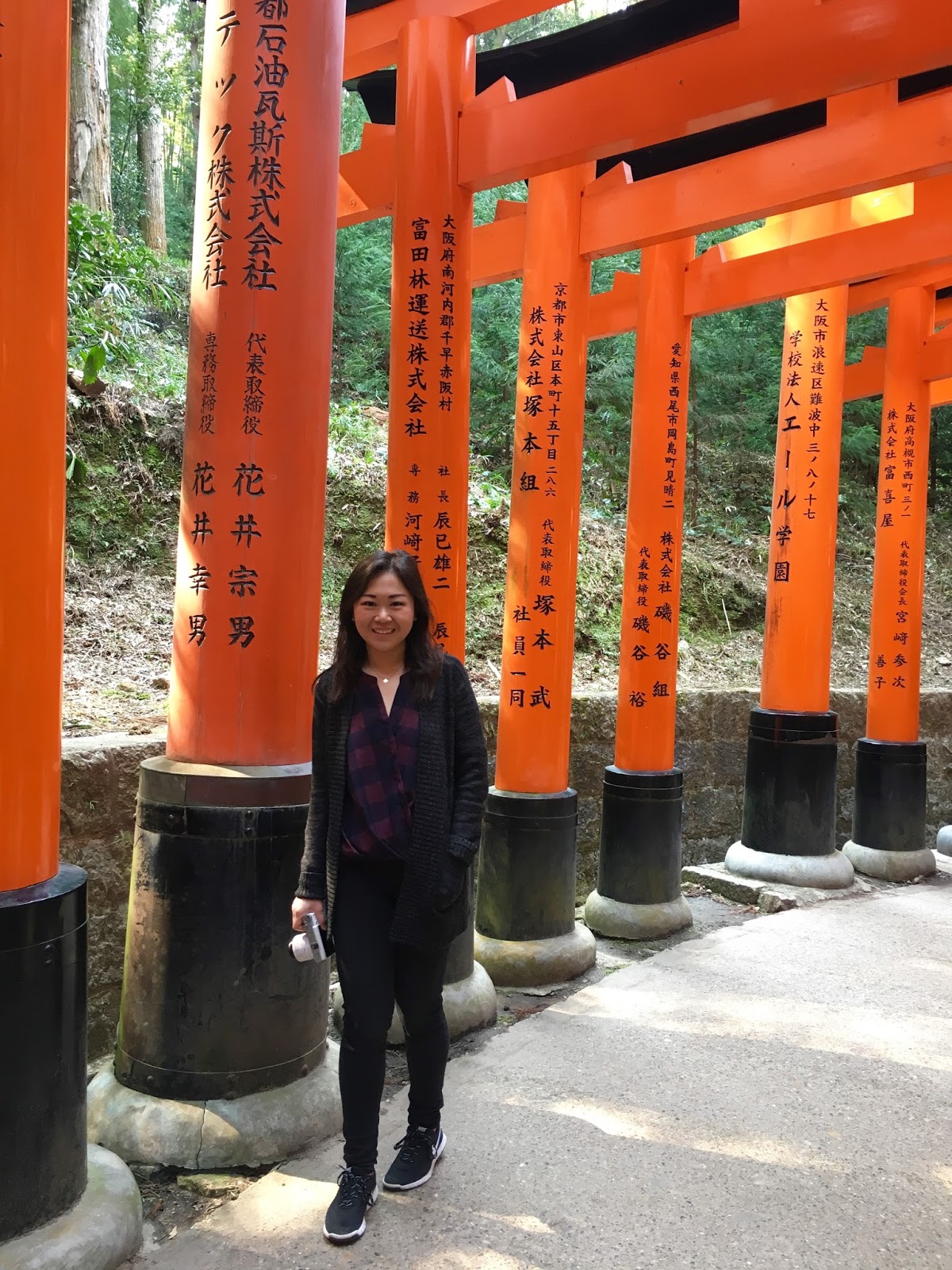 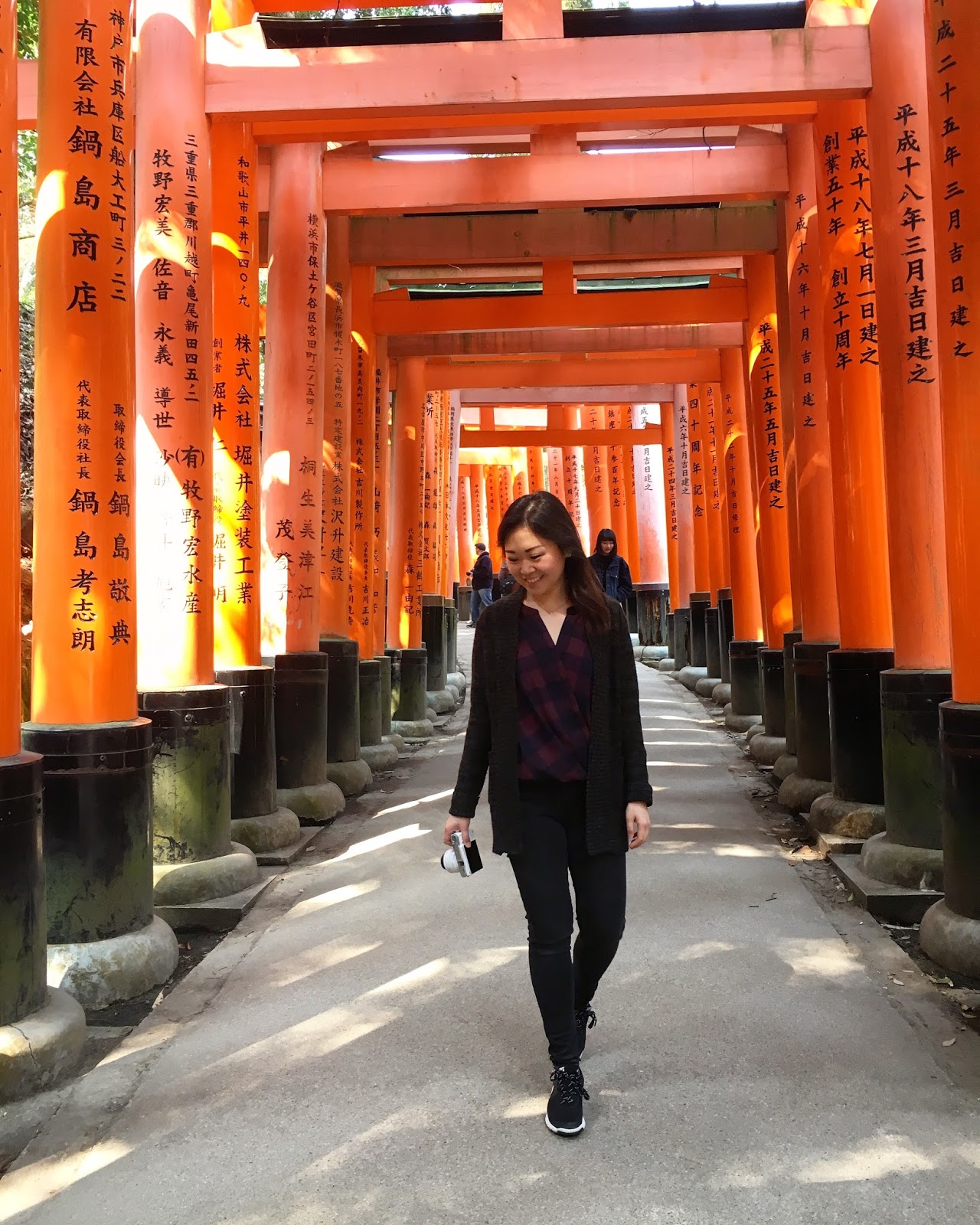 Finally fulfilling my dream of visiting these gates 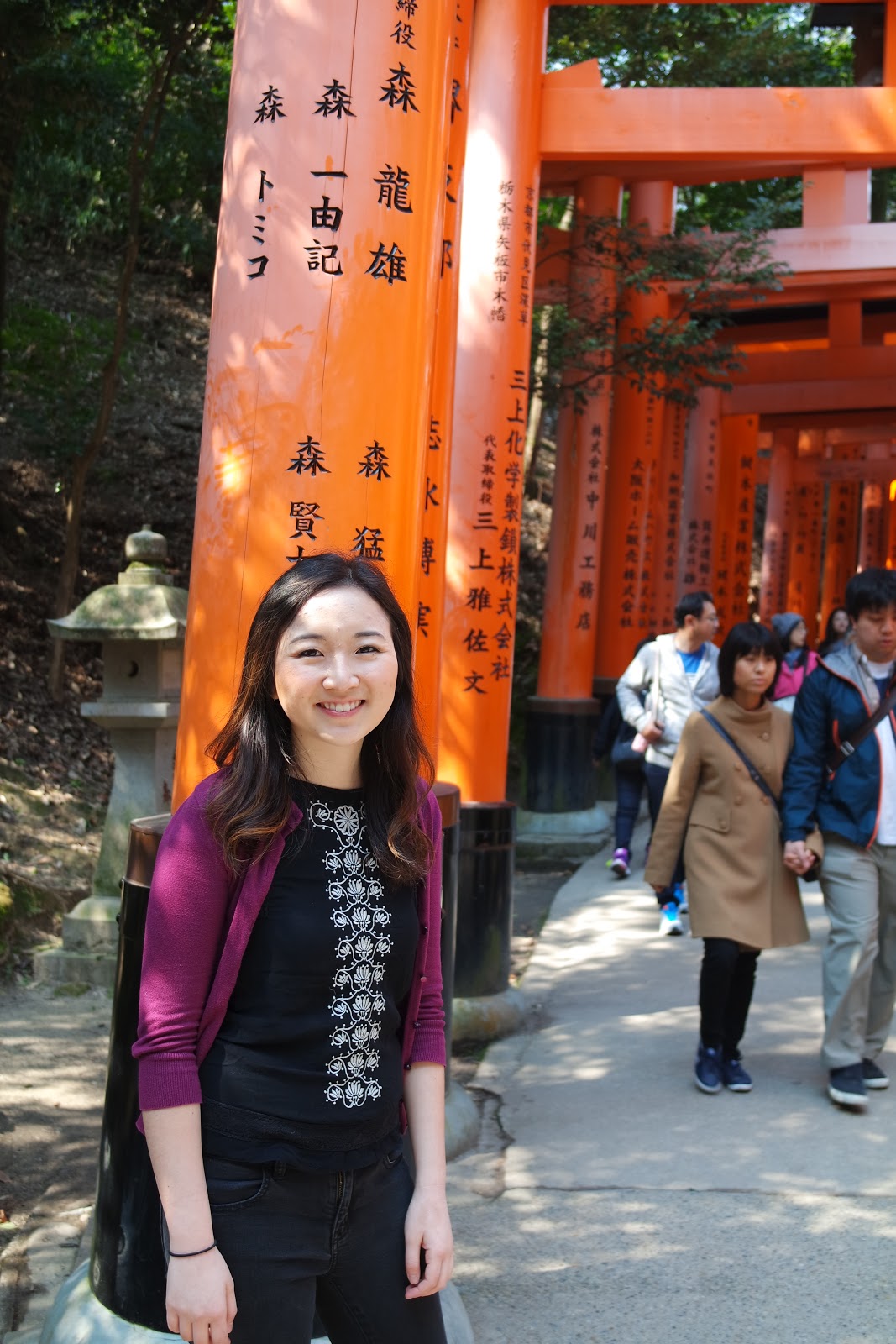 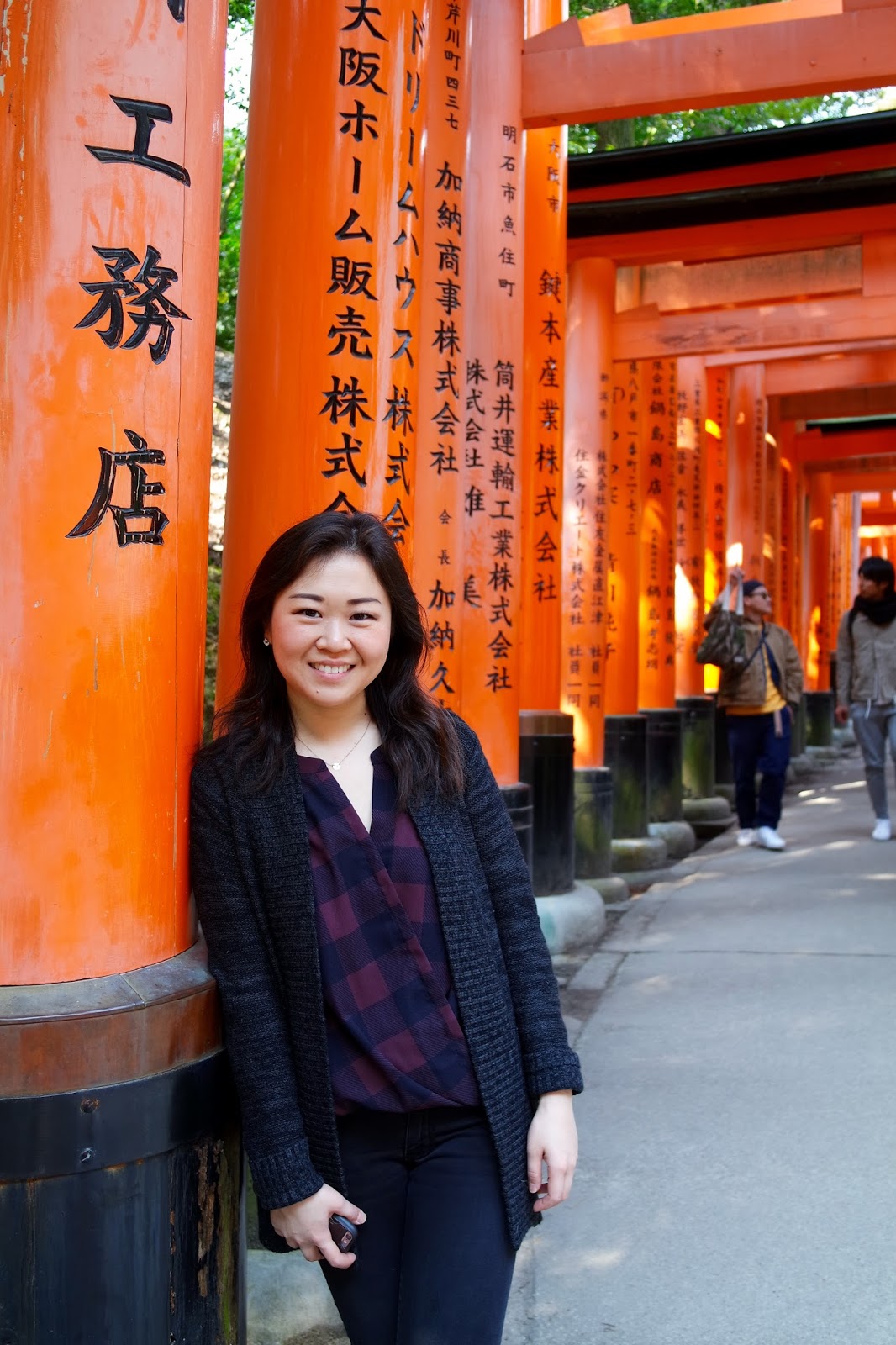 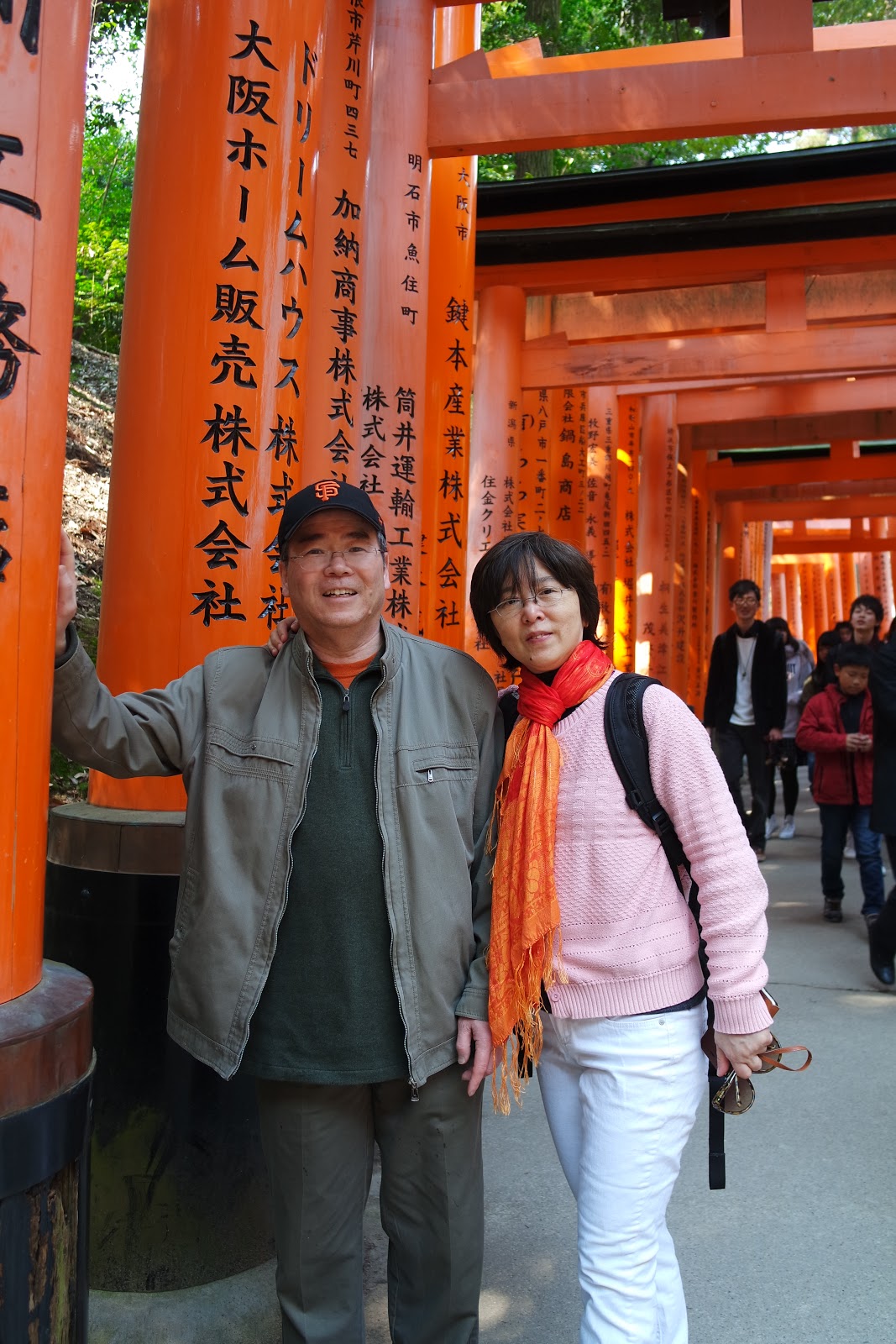 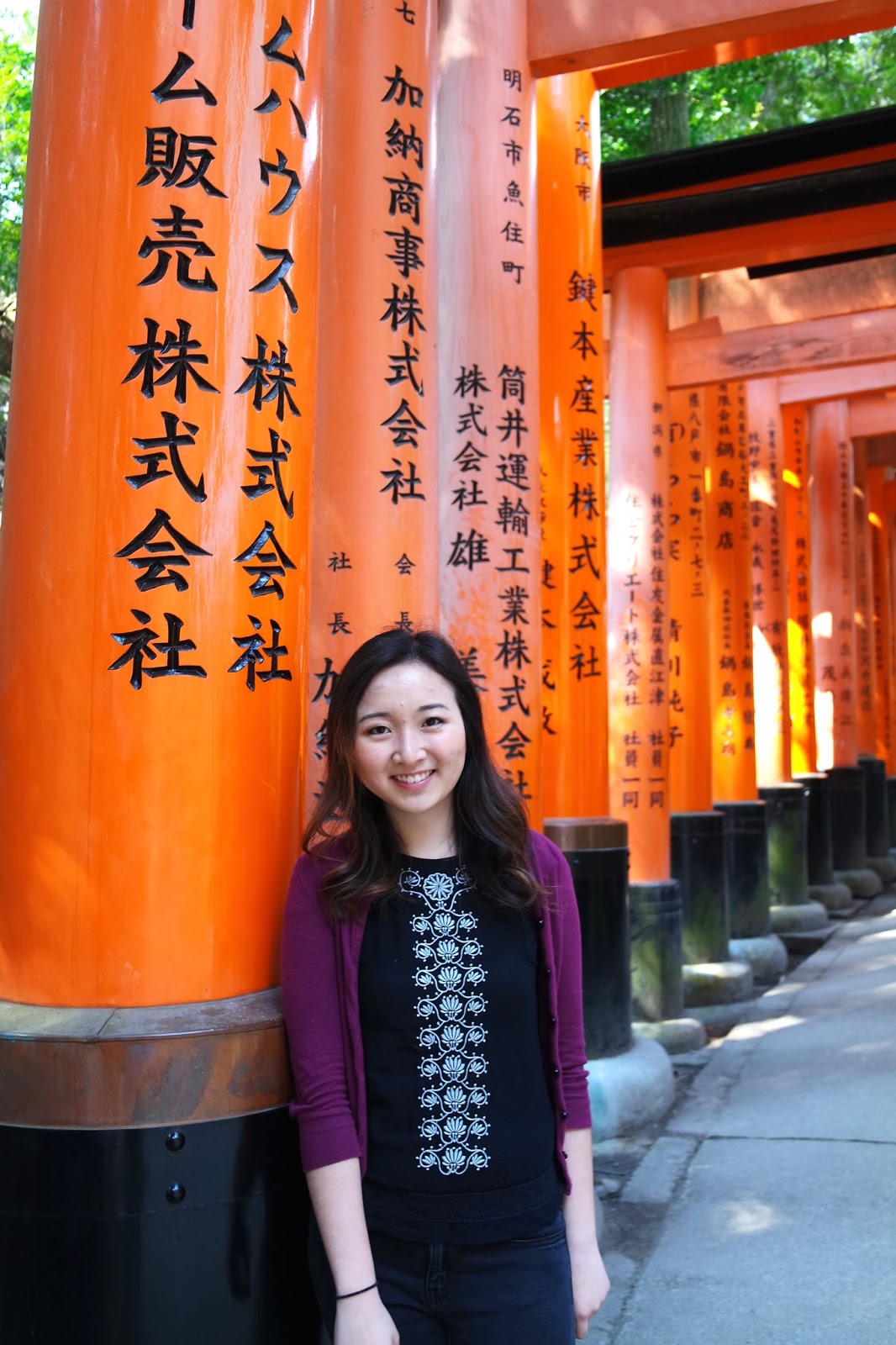 The gates were a lovely contrast to the bright green surroundings, and I'd definitely recommend going to the top so you can get some nice pictures. We stayed at Fushimi Inari for about 2 hours, then took the subway to the Gion district by the river for some shopping. Gion is an nice shopping/historical district to walk around more, but we were more concerned about finding food and took our parents to eat at Ichiran Ramen again. And they actually liked it!

That night, we took the train to Osaka, our last destination and the closest city to Kansai International Airport. We were surprised to discover that some of the best shopping and restaurants were located in the train station itself or connected to the train station. If you want to shop, leave yourself some time to explore the malls connected to the train stations, as we found those better and more affordable than the big department store malls in the Gion district. Some famous restaurant chains were located in the food courts of the malls too, and so it was a convenient way to hit some of the local favorites. Though JJ and I had tonkatsu together at the Eric Clapton restaurant in Harajuku, we took our parents to another tonkatsu place, KYK, in the mall around Kyoto station since we were all ramen-ed out, finally. 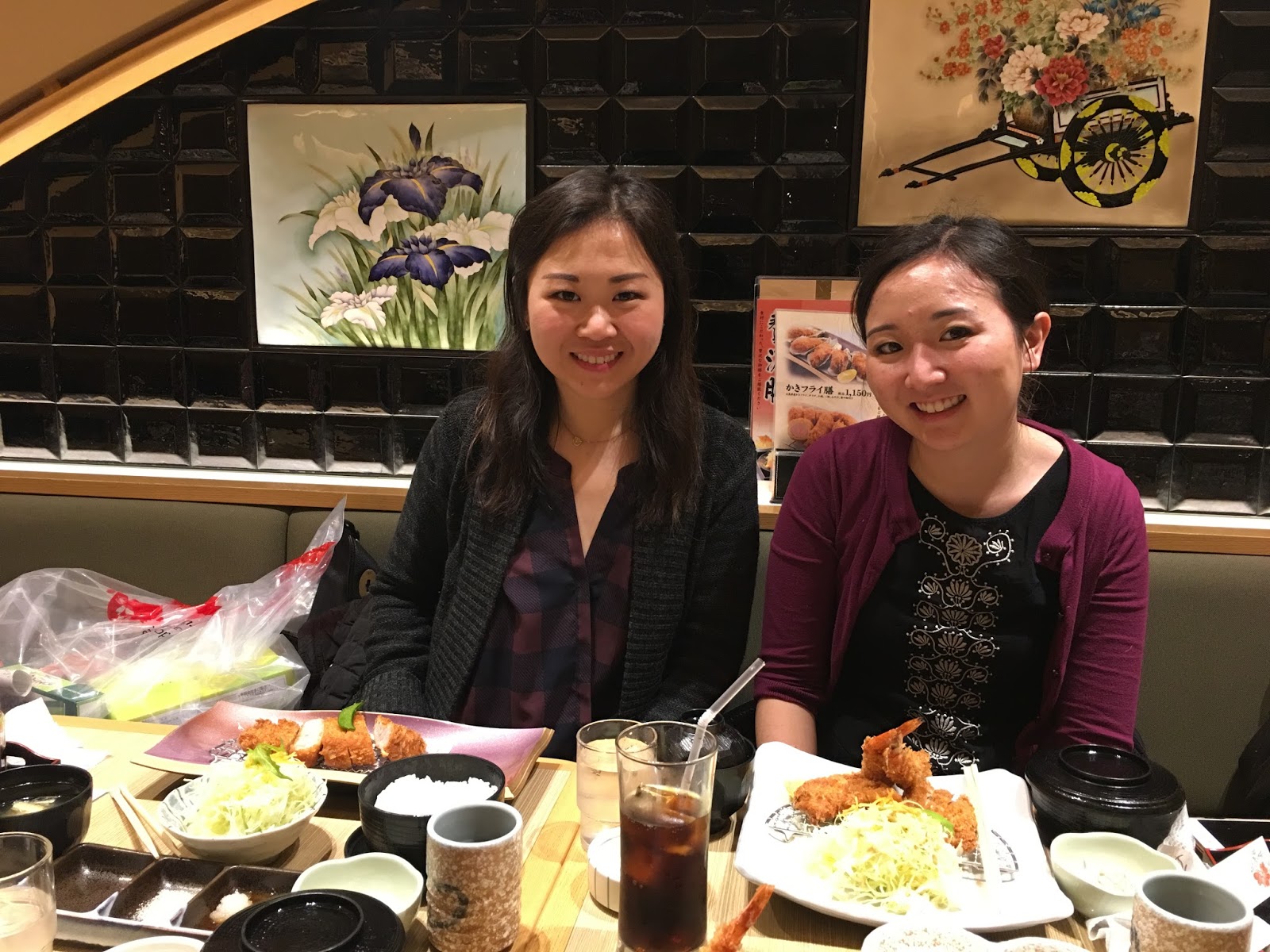 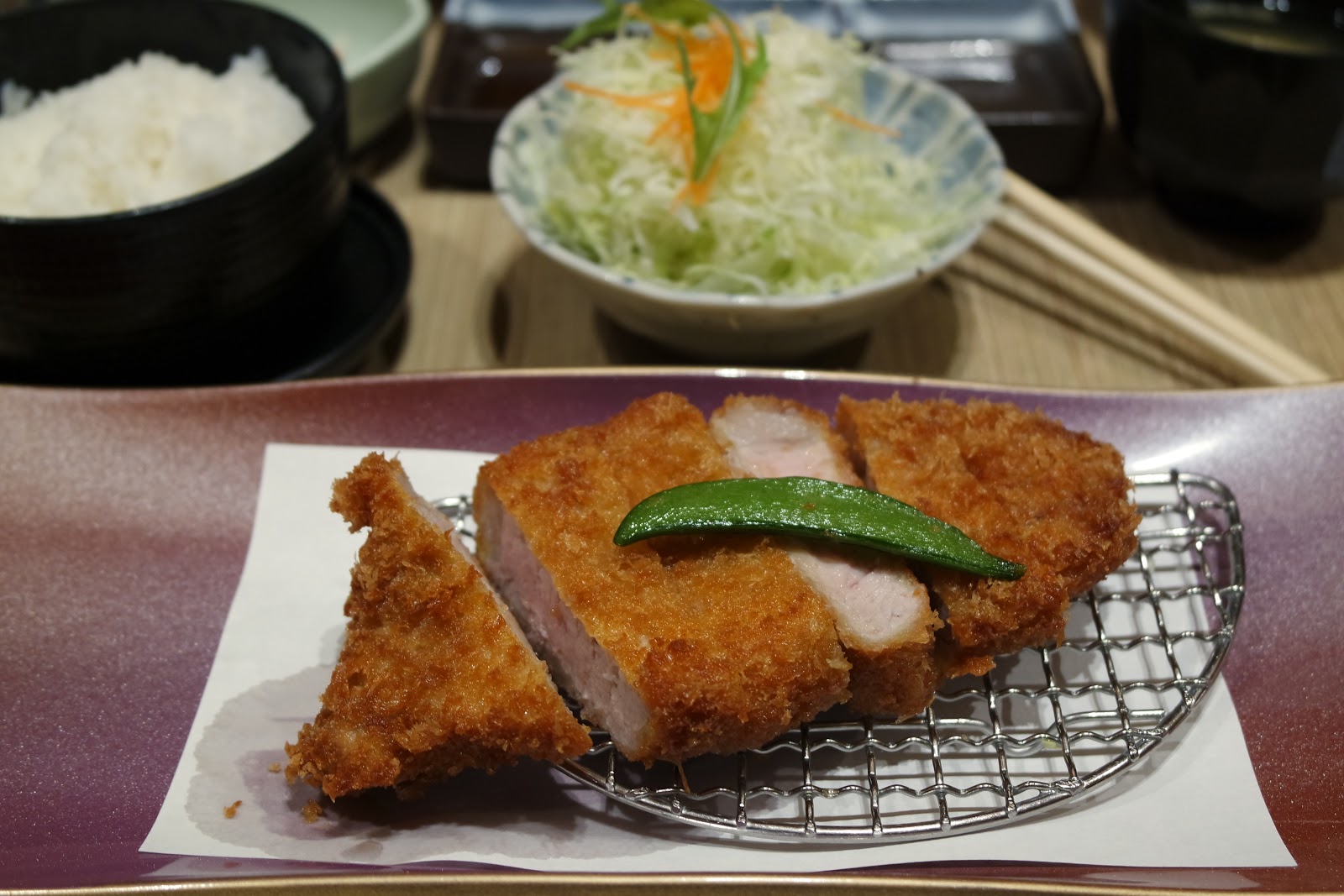 That night, we boarded the subway to Osaka, which only took about 25 minutes from Kyoto to Osaka. We lucked out on our Airbnb in Osaka, which was located literally a 3 minute walk from the subway station. The next morning, we headed off to the biggest tourist attraction in Osaka, Osaka castle, as we only had a half day in the city. We were welcomed by Osaka Momo, the cutest Shiba Inu I ever did meet! His owner was just sitting outside the castle, letting people pet and take pictures of Momo for free and handed out these buttons that said "Welcome to Osaka from Osaka Momo!" Talk about a warm welcome. 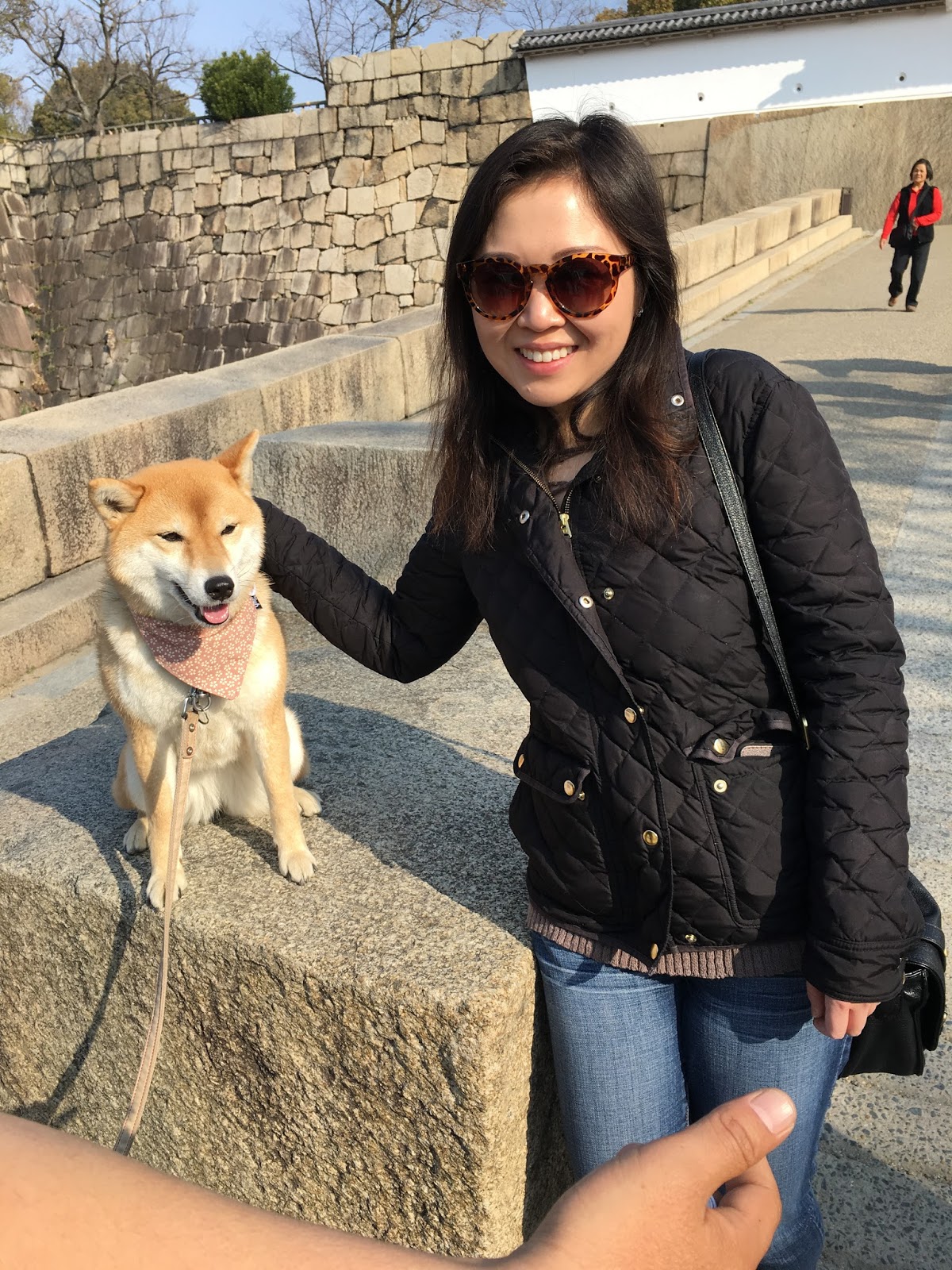 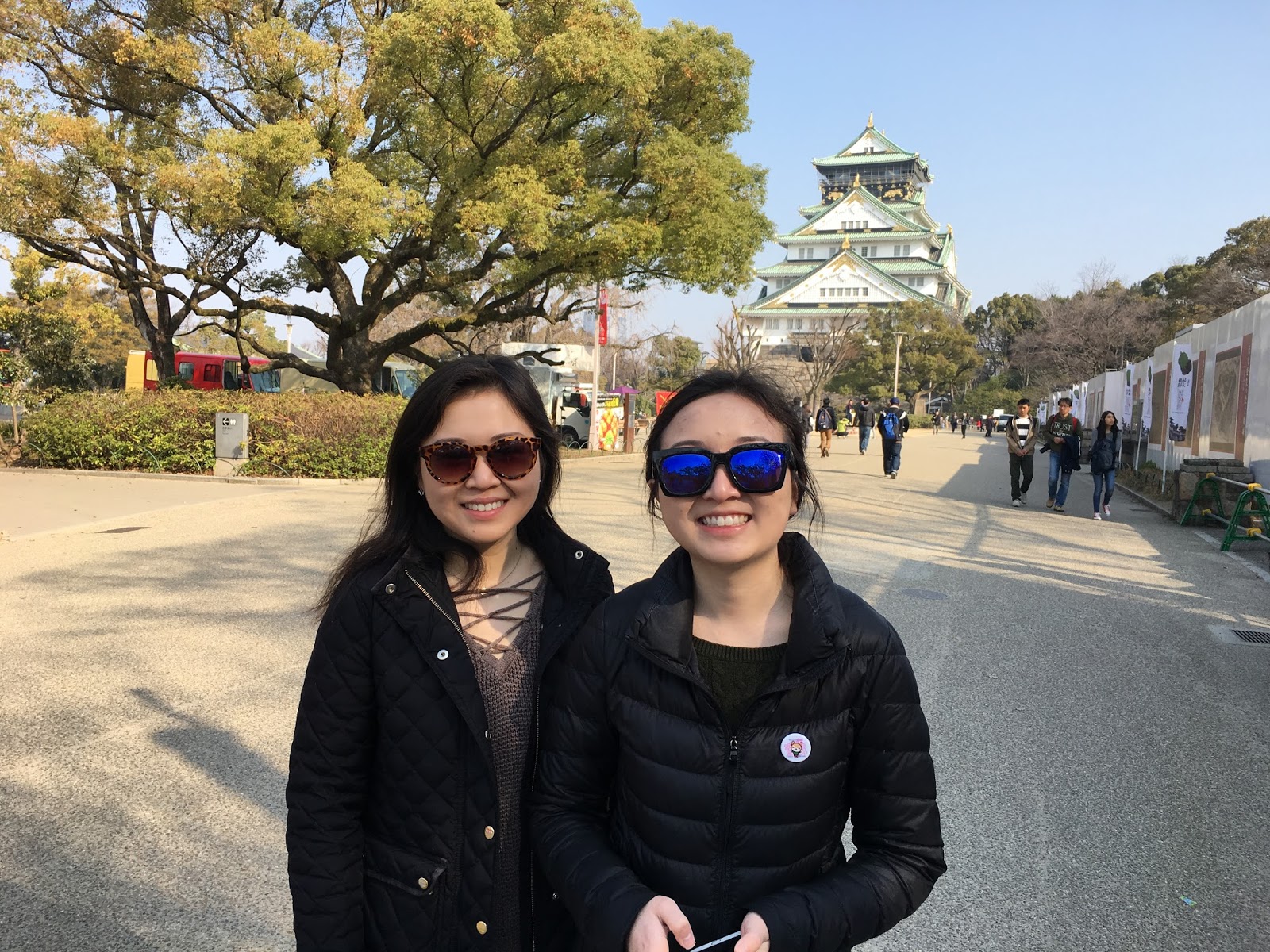 For our one and only day in Osaka, we lucked out with the weather. Osaka castle was definitely worth the visit as the castle now houses a large museum which talks about the various rulers that occupied the castle and its role in the creation of Japan. Be prepared to climb some stairs though! You had a choice of waiting in a long line for the elevator or climbing 8 floors worth of stairs to make it to the viewing platform on top, stopping through different exhibits filled with Samurai armor and swords. 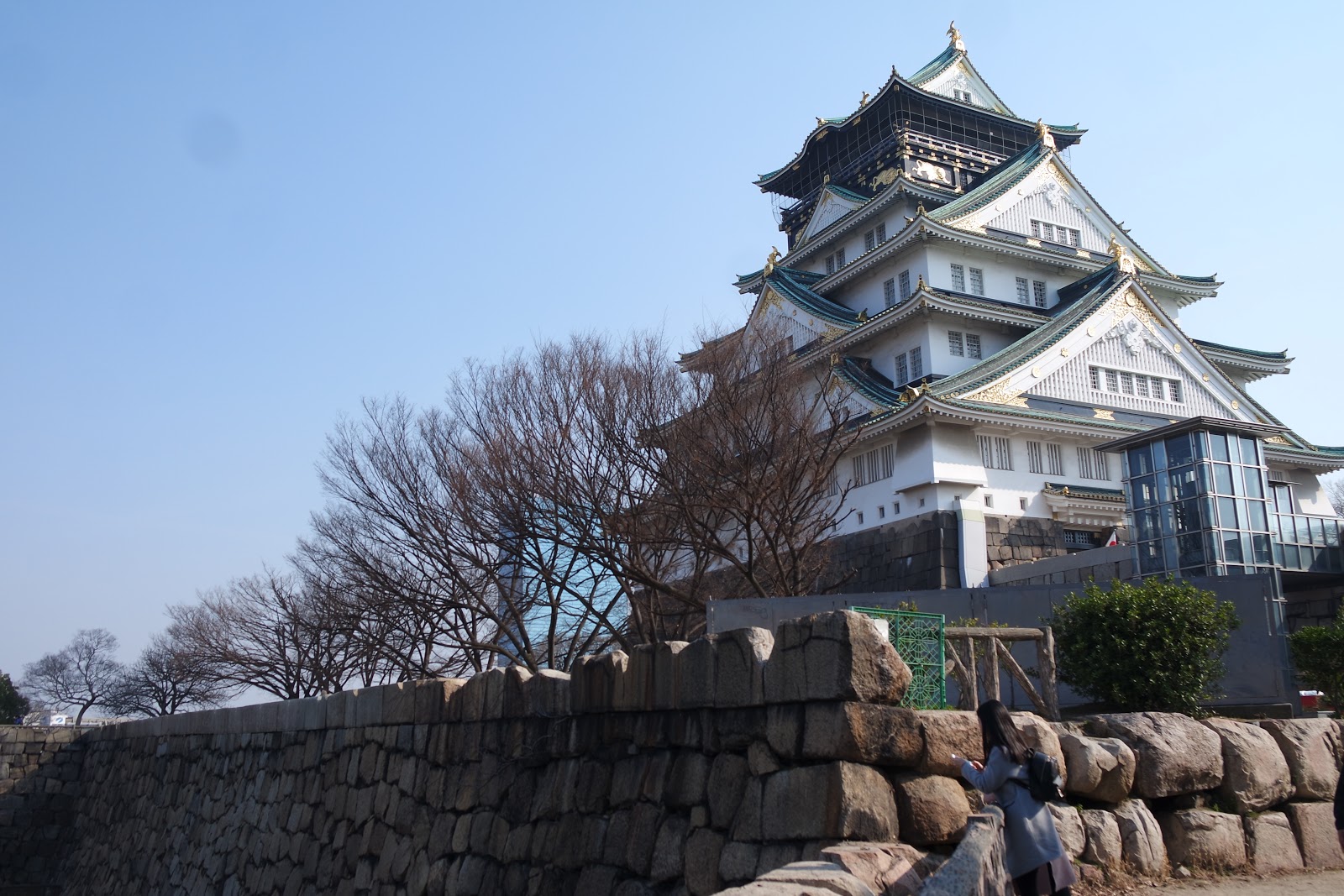 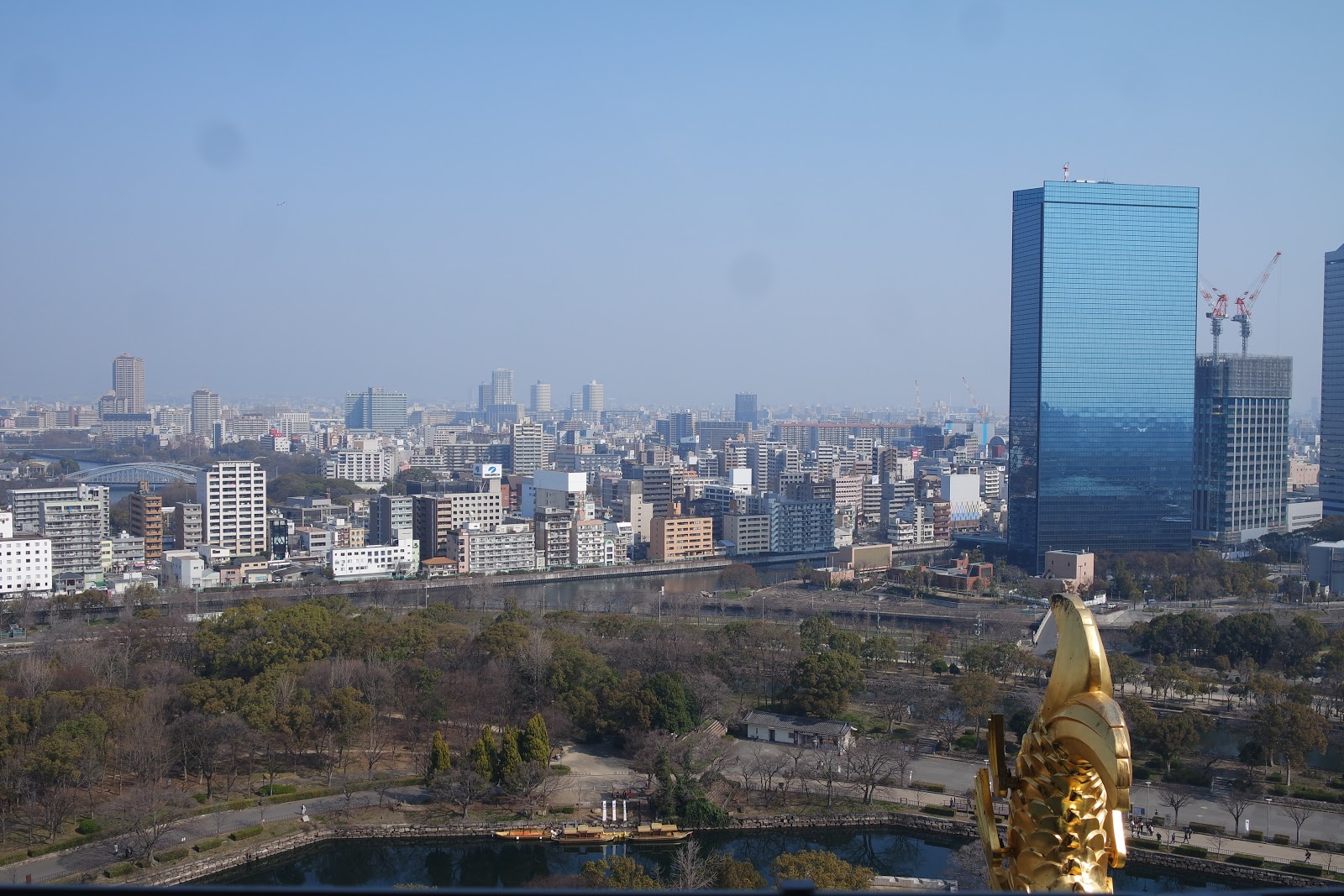 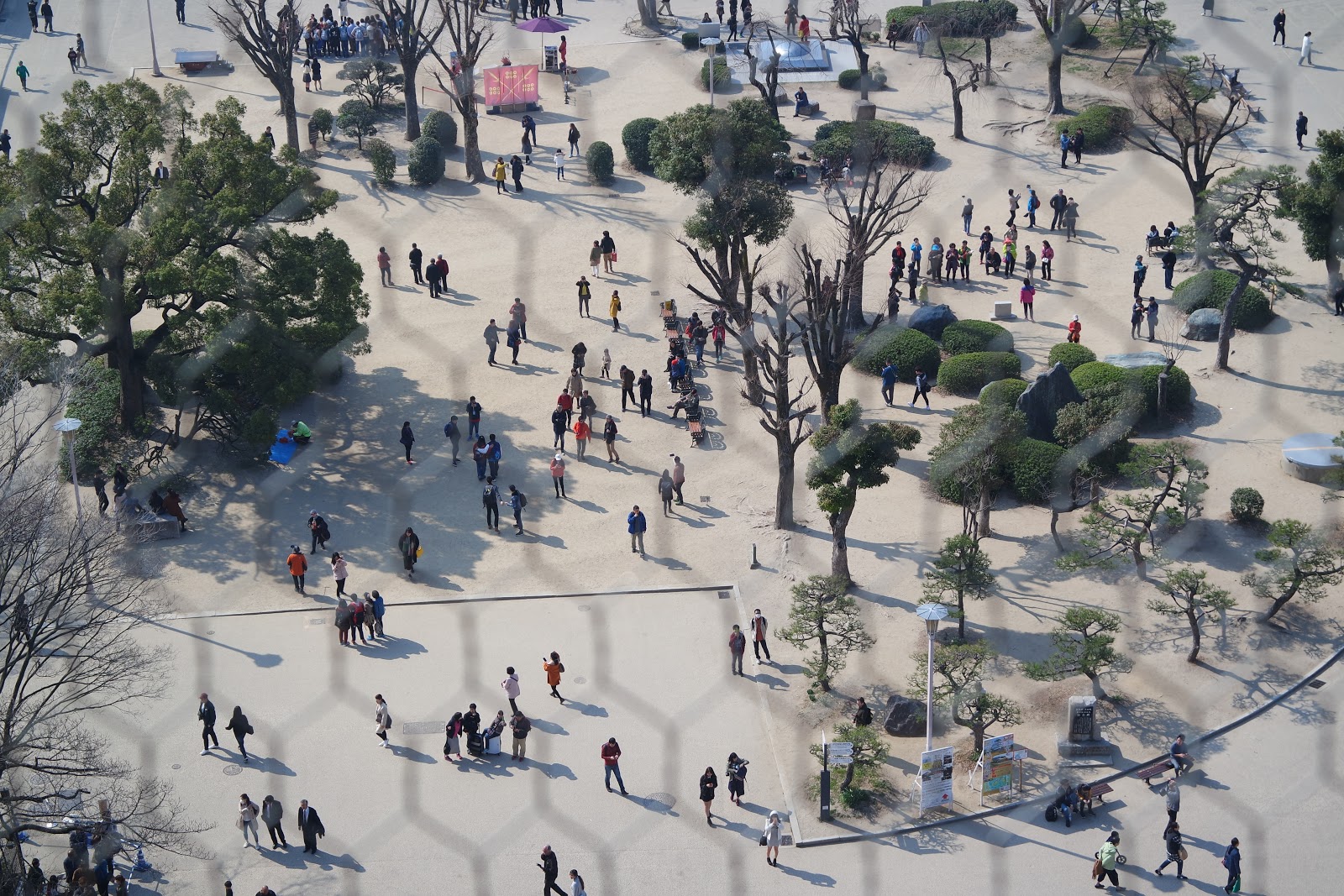 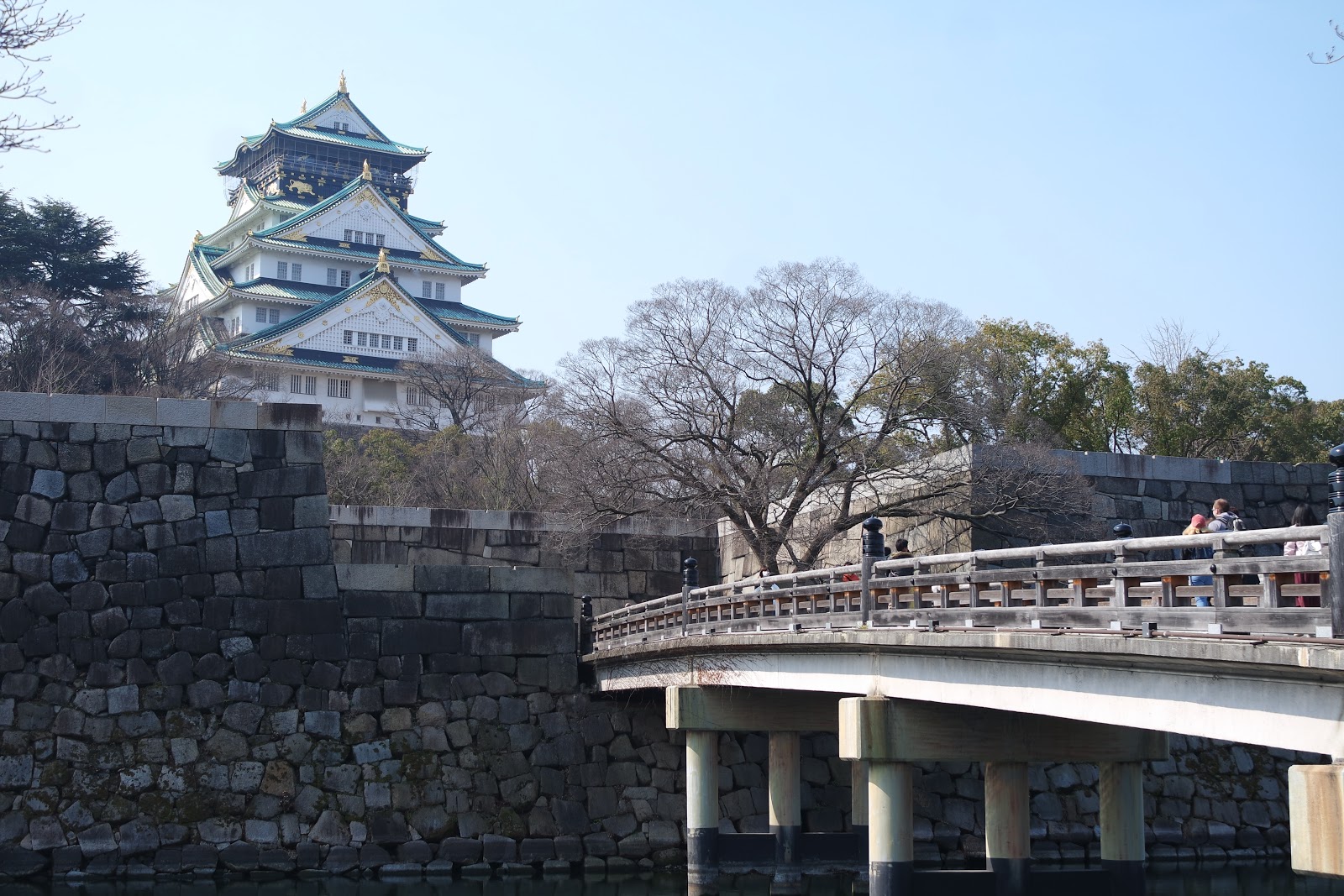 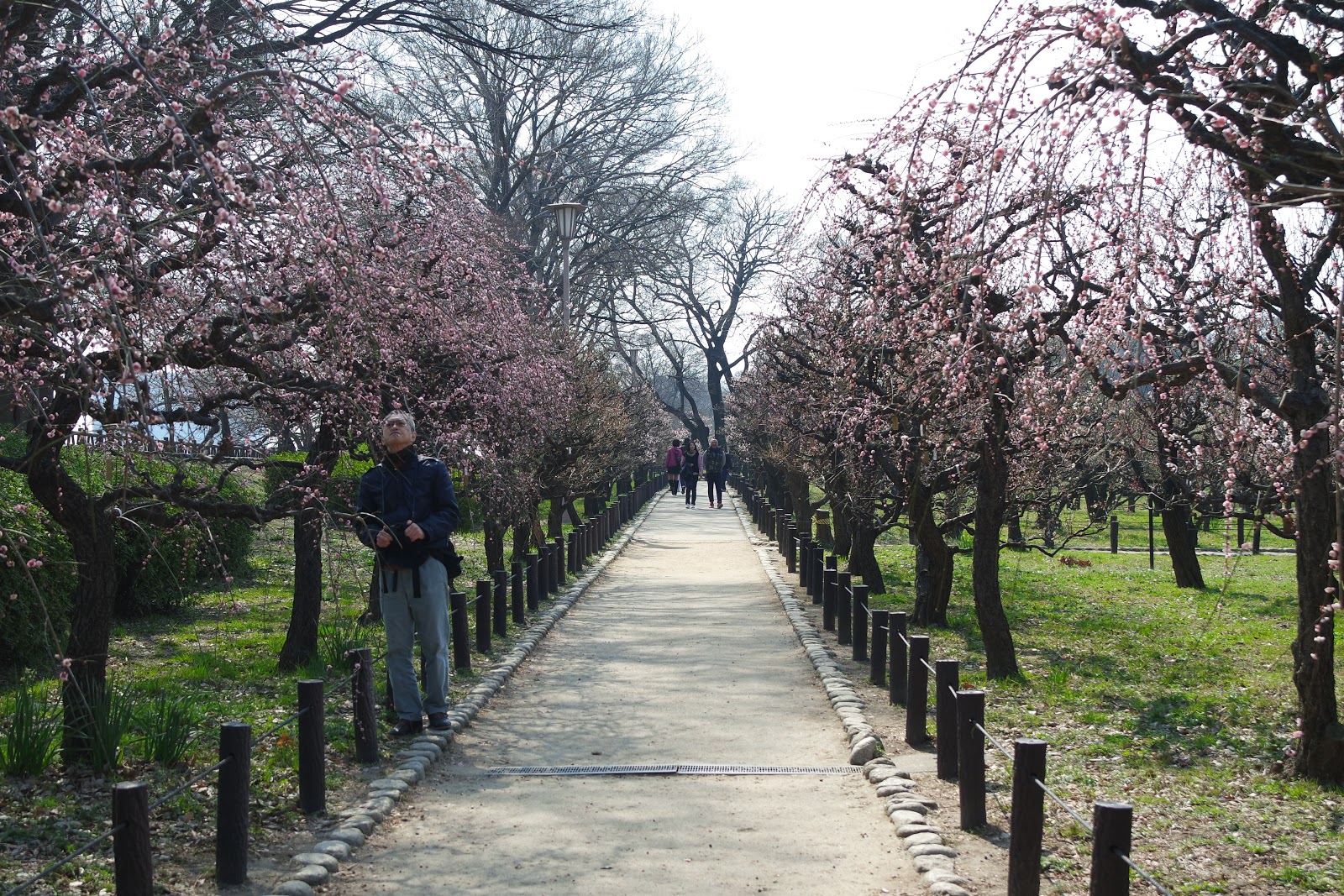 Along the grounds of the castle, the cherry blossoms were finally beginning to bloom! This was our one and only glimpse of the famous sakura flowers as they were just blooming. I can't imagine how beautiful they would be if we were there the following week. 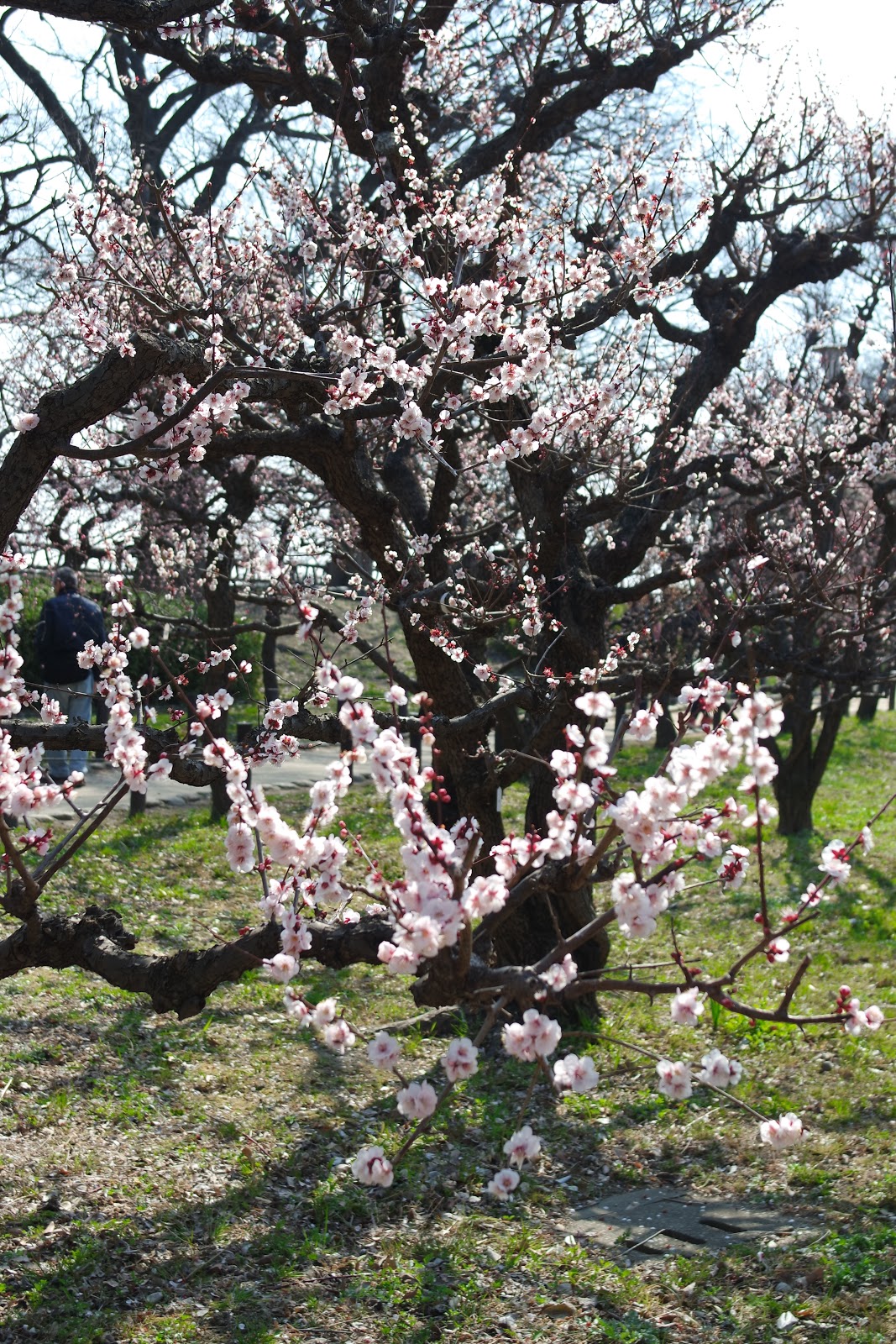 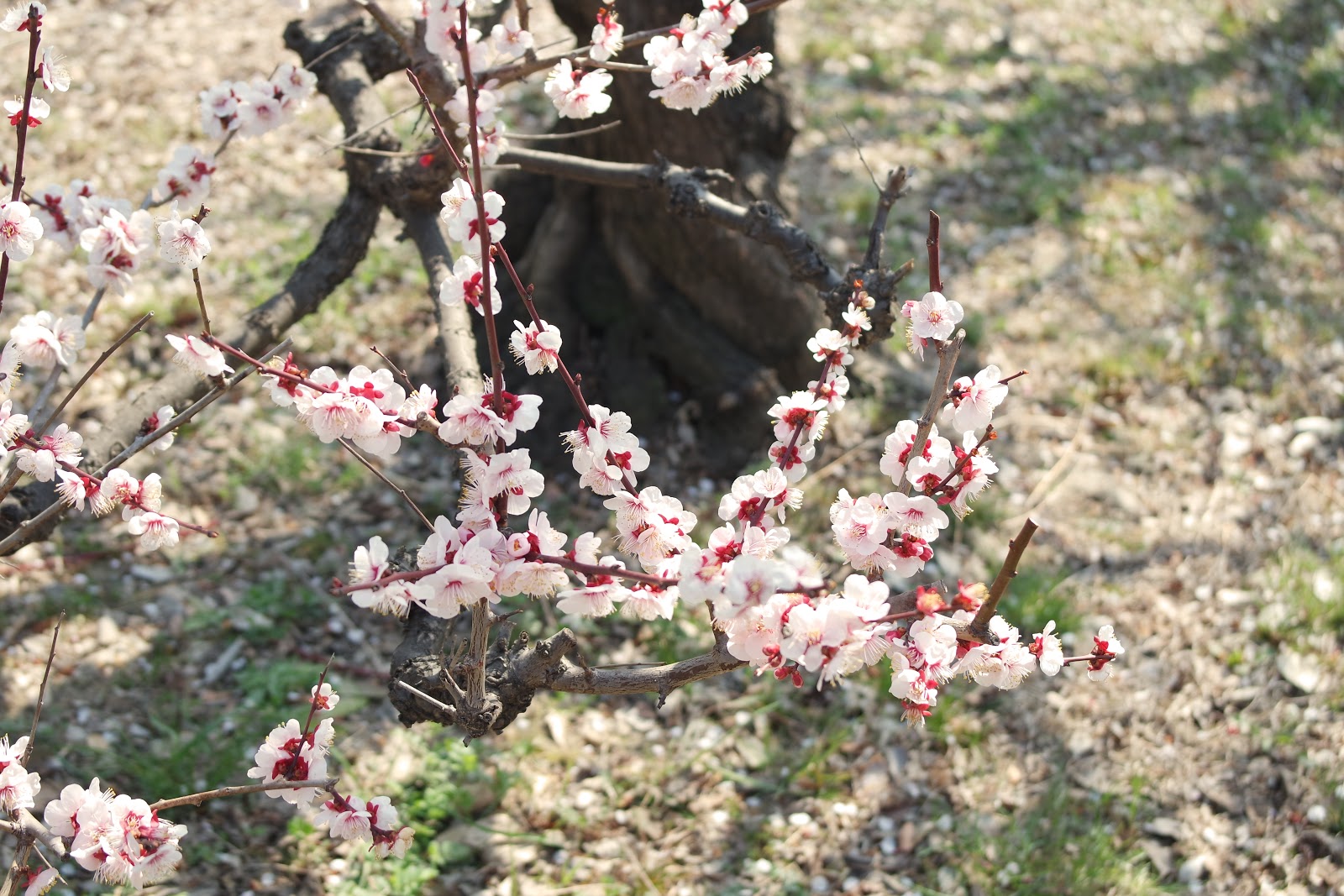 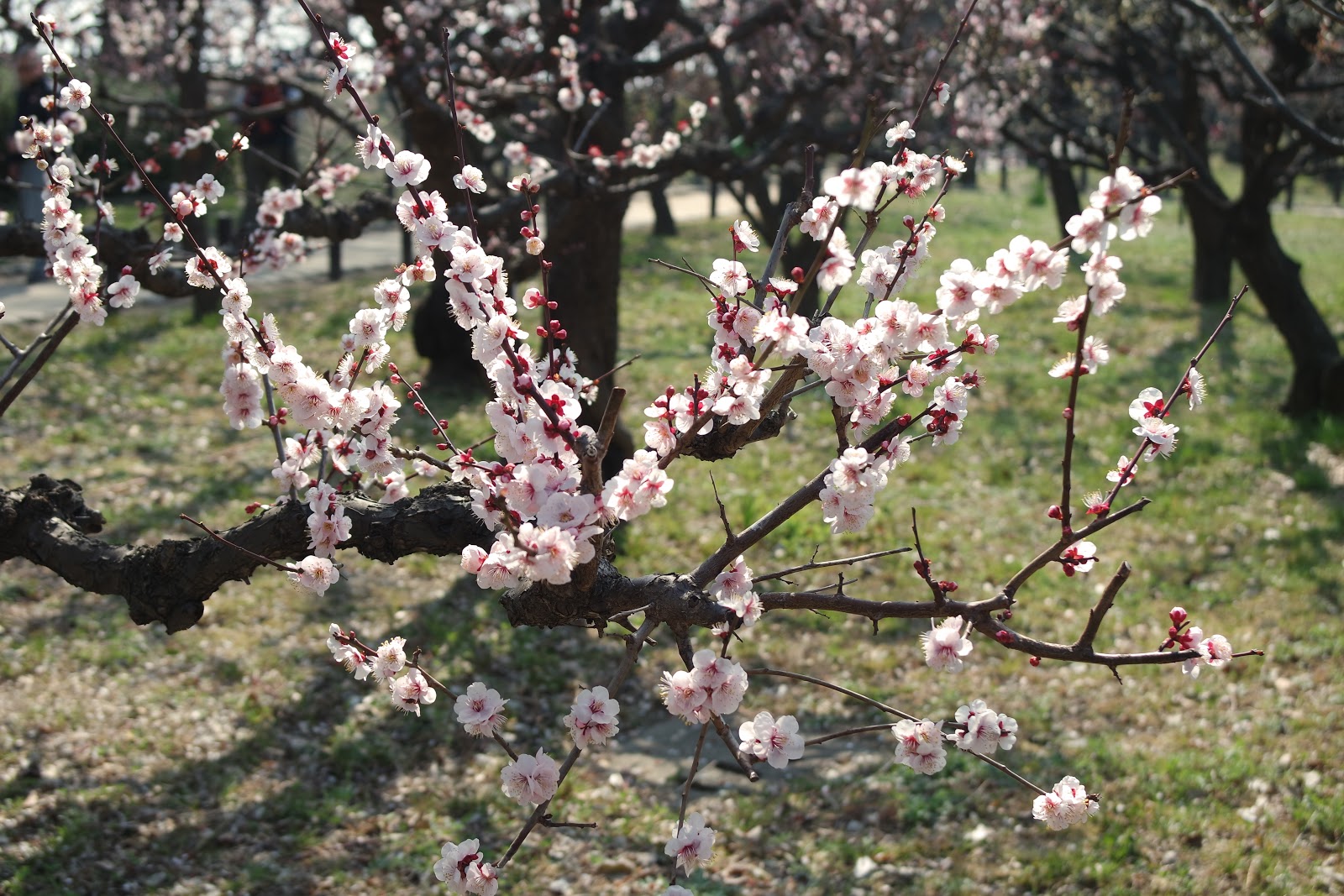 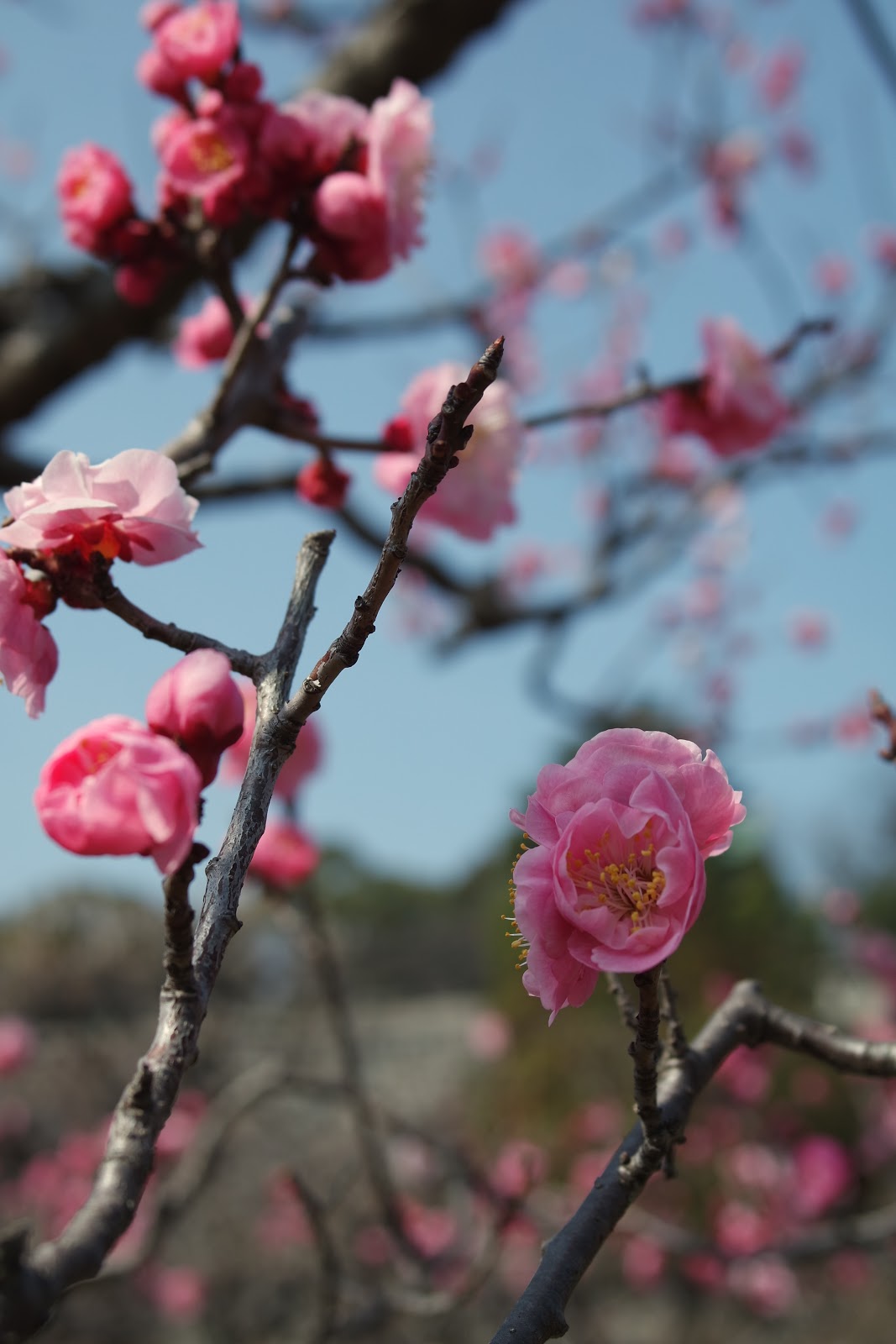 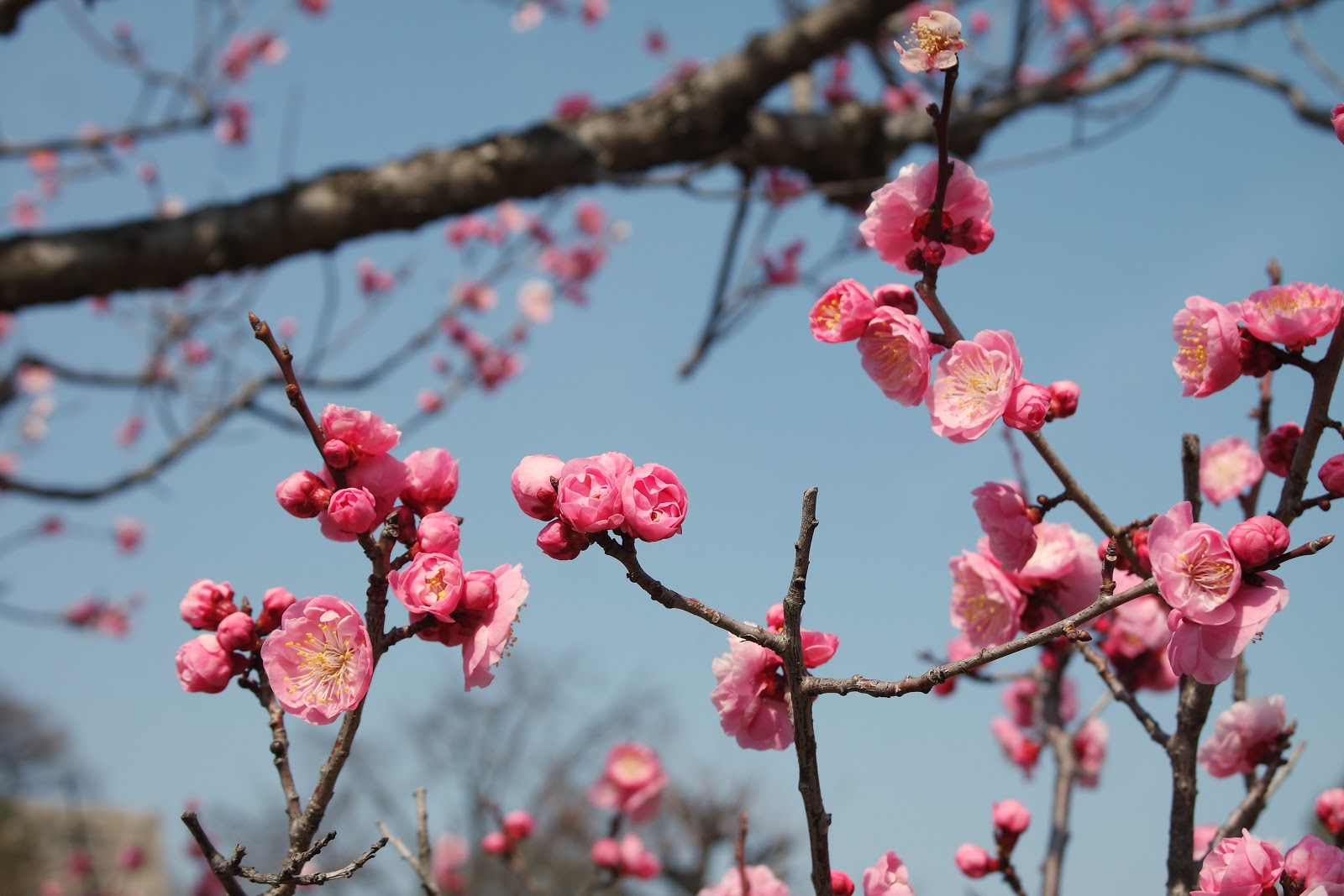 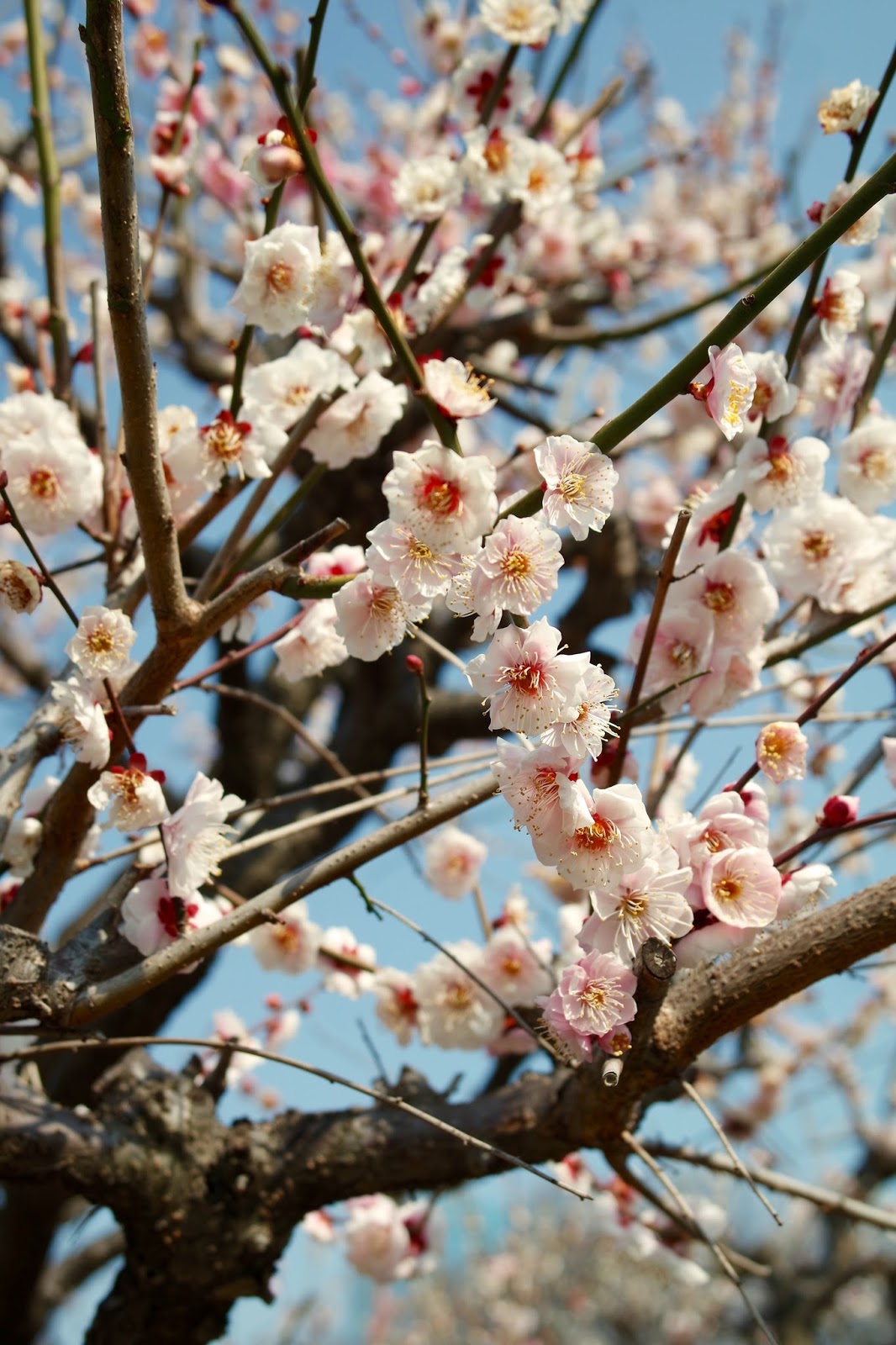 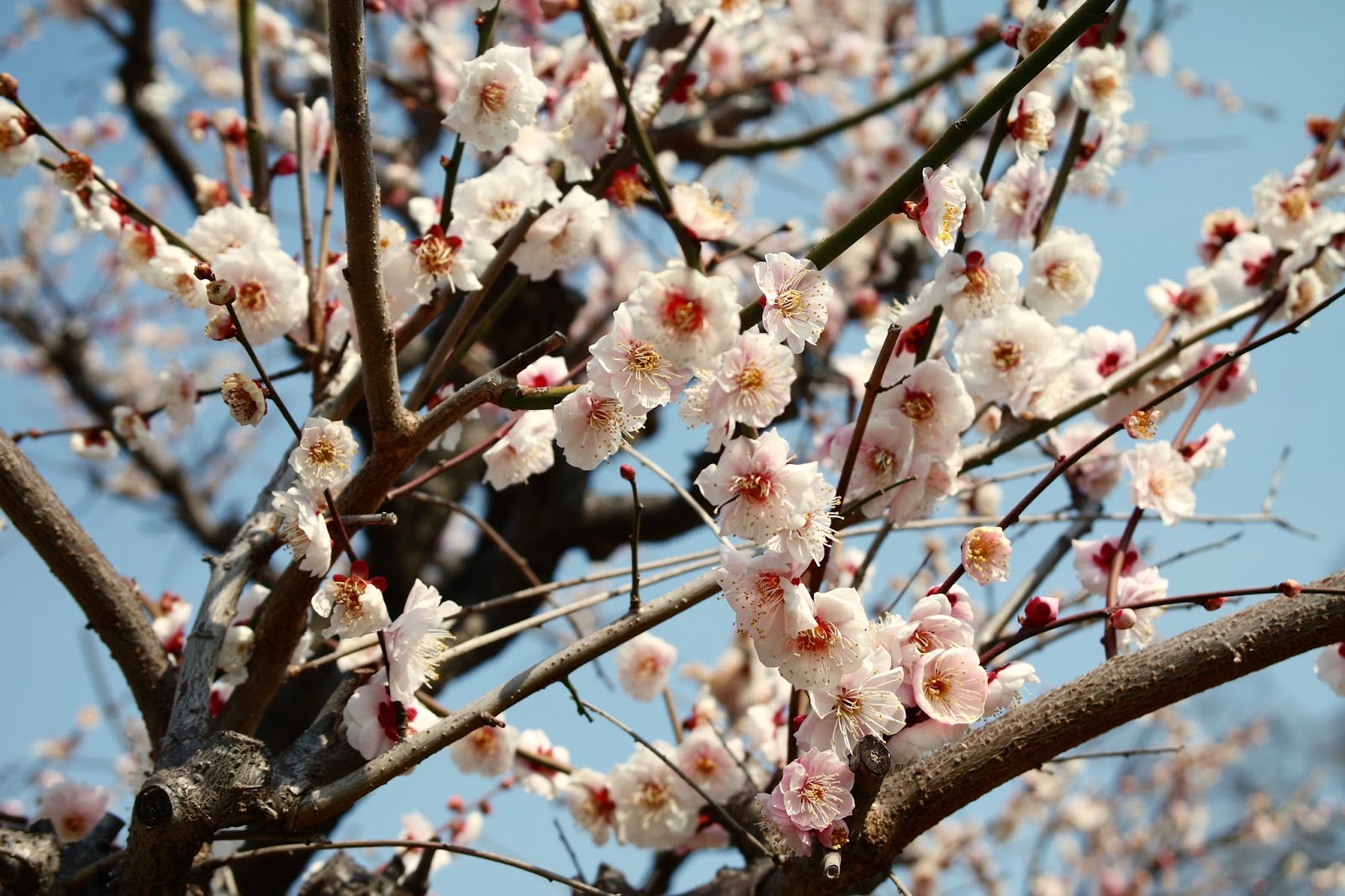 What a wonderful way to end my trip to Japan.

Be sure to check out Tokyo and Part I of Kyoto from the rest of my Japan trip!