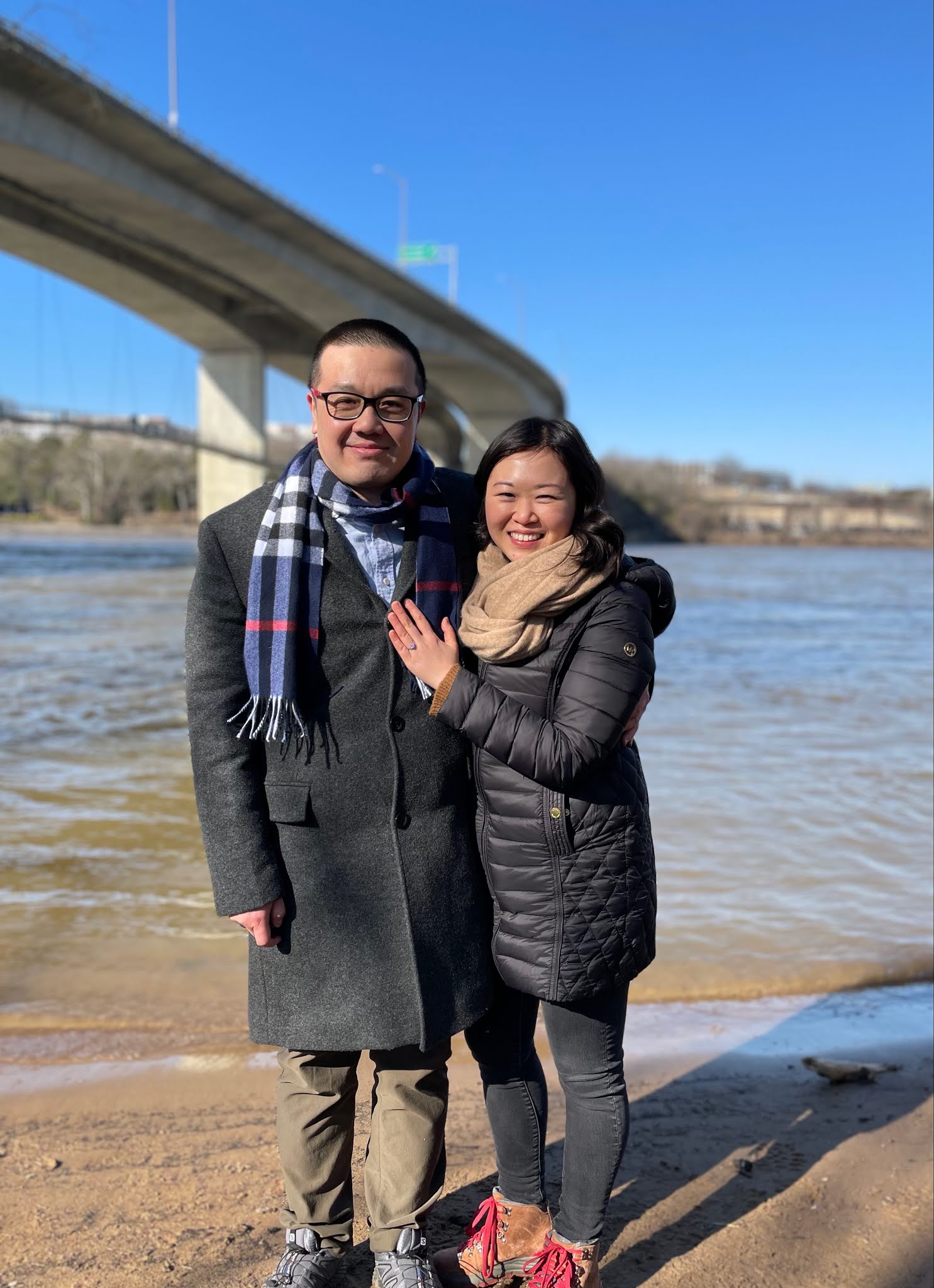 Oops, once again I have neglected the blog for a few months and it's time for a major flash forward. I just finished my longest stint of inpatient work yet, and so I am officially done with the hardest part of my final year of fellowship. Now 6 more weeks until I officially graduate fellowship and move onto brighter pastures...like California!

The biggest news that happened a while ago was that C and I got engaged! It happened back in February, so it feels like a long time ago talking about it in May. He popped the question while we were on a chilly hike in the middle of February. Since I was working on Valentine's day, he suggested celebrating the weekend after with a hike and picnic on the same trail we first met 2 years ago. To be honest, my antennas were up because he hadn't been planning too many romantics outings since the pandemic and this was definitely out of the ordinary. I was even more suspicious when he started getting dressed up and wore his nice winter peacoat that I bought him, I even checked his pockets before we left 😂. We picked up some Mexican food downtown and then set out on our way to Belle Isle, an island in the middle of the James river in downtown Richmond. About halfway through the hike we set up our lunch at some picnic tables by the river and I thought he would pop the question there. I even set up my new tripod to film a little...and then nothing lol. 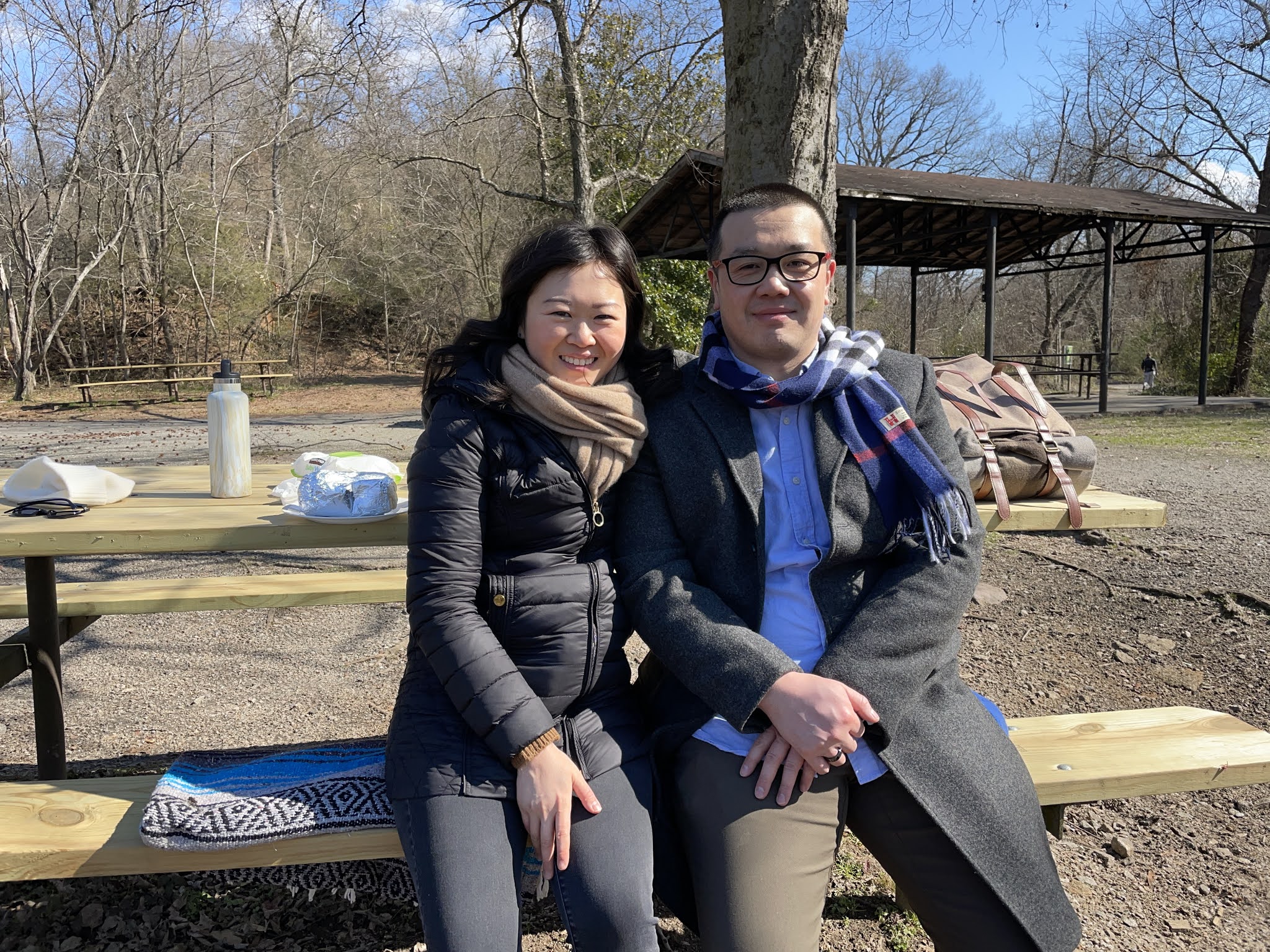 So we hiked some more and almost got back to the bridge that would take us back to the parking lot when he stopped at a little beach with a nice view of downtown. He started requesting that I take pictures of him (highly unusual as C hates having his picture taken) by the river. So I set up the tripod again and snapped some pictures of him, before hopping in the picture and getting some "couple" pictures. I was thinking, this would be the perfect time for him to propose! 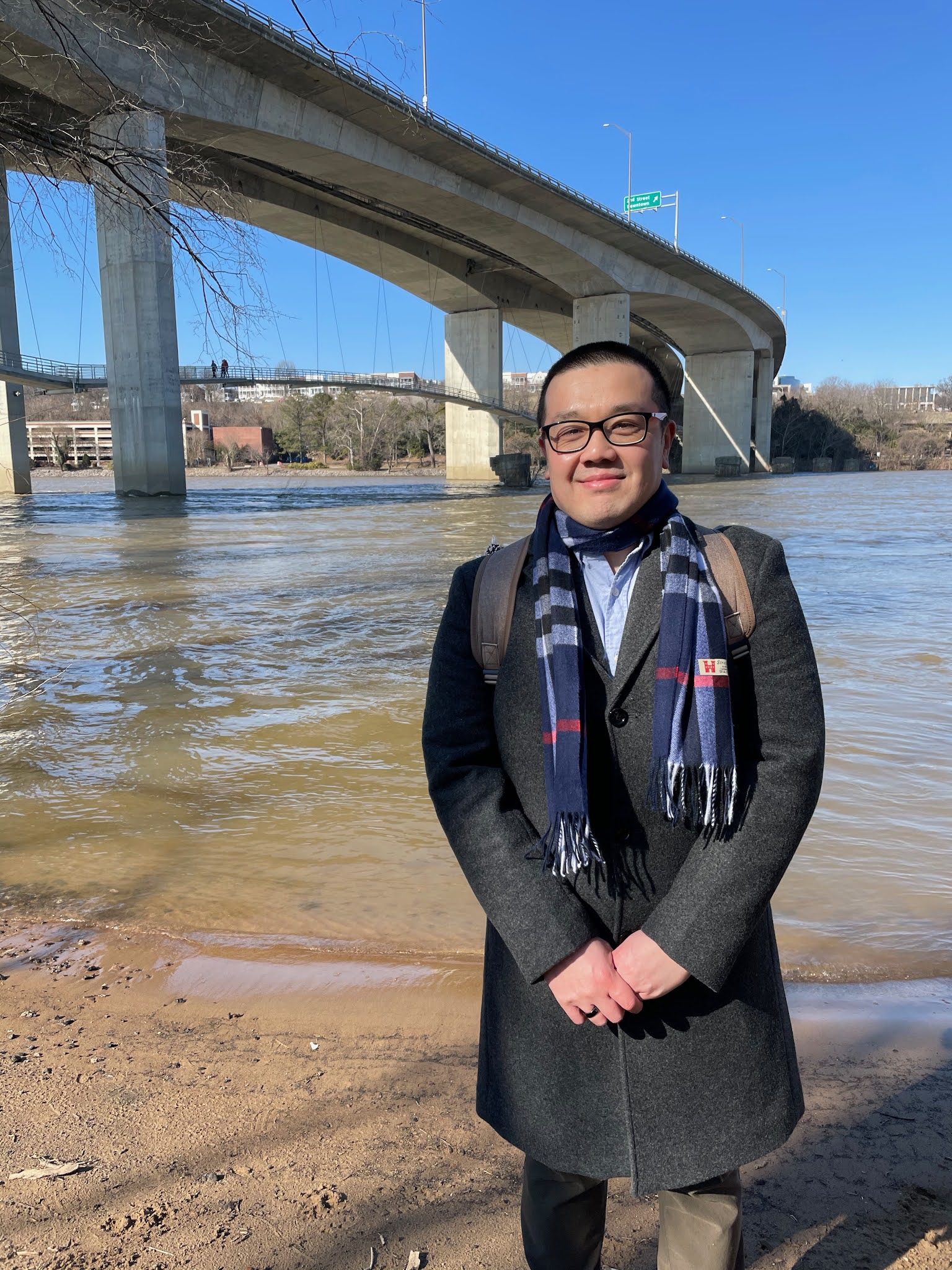 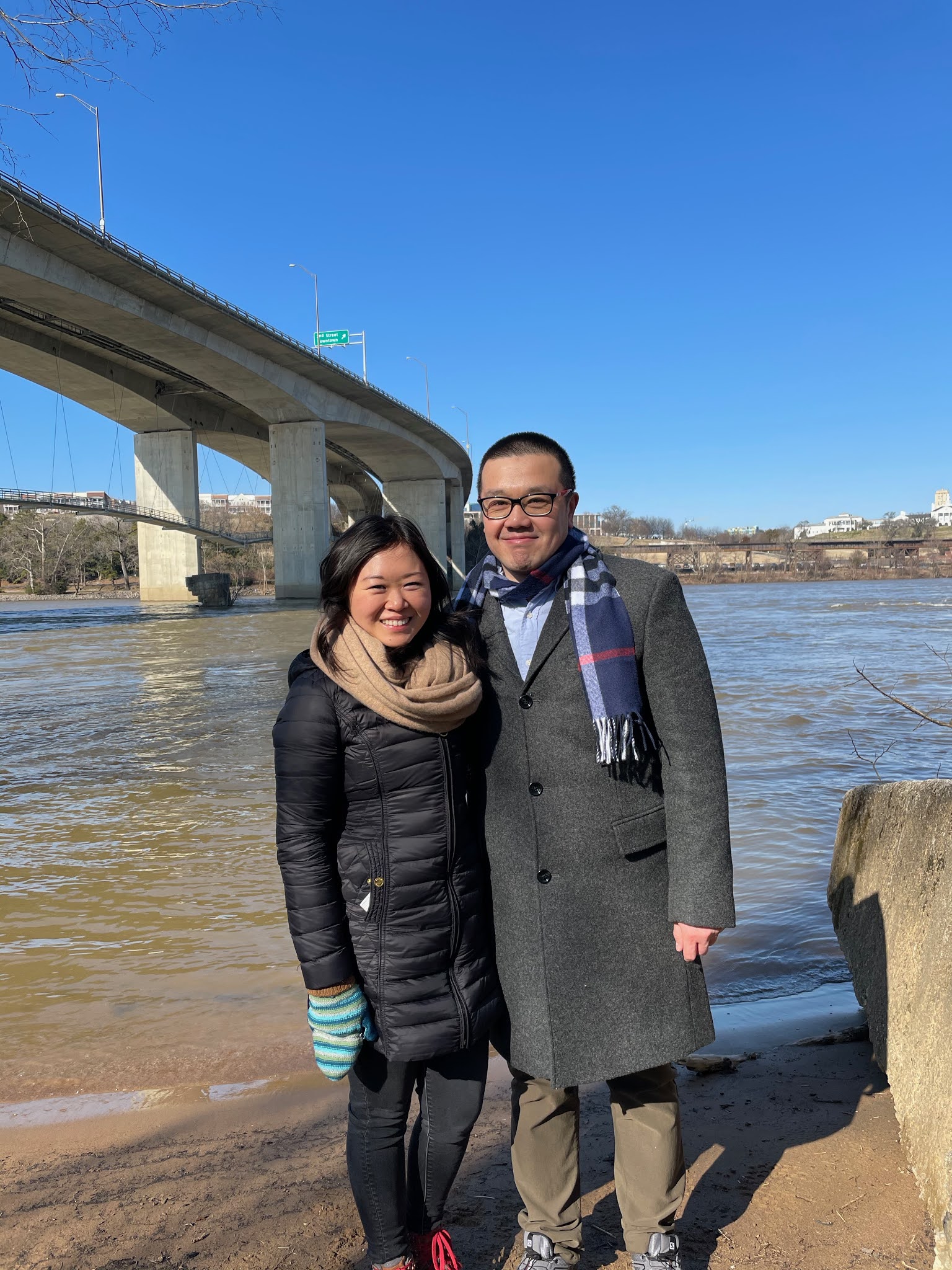 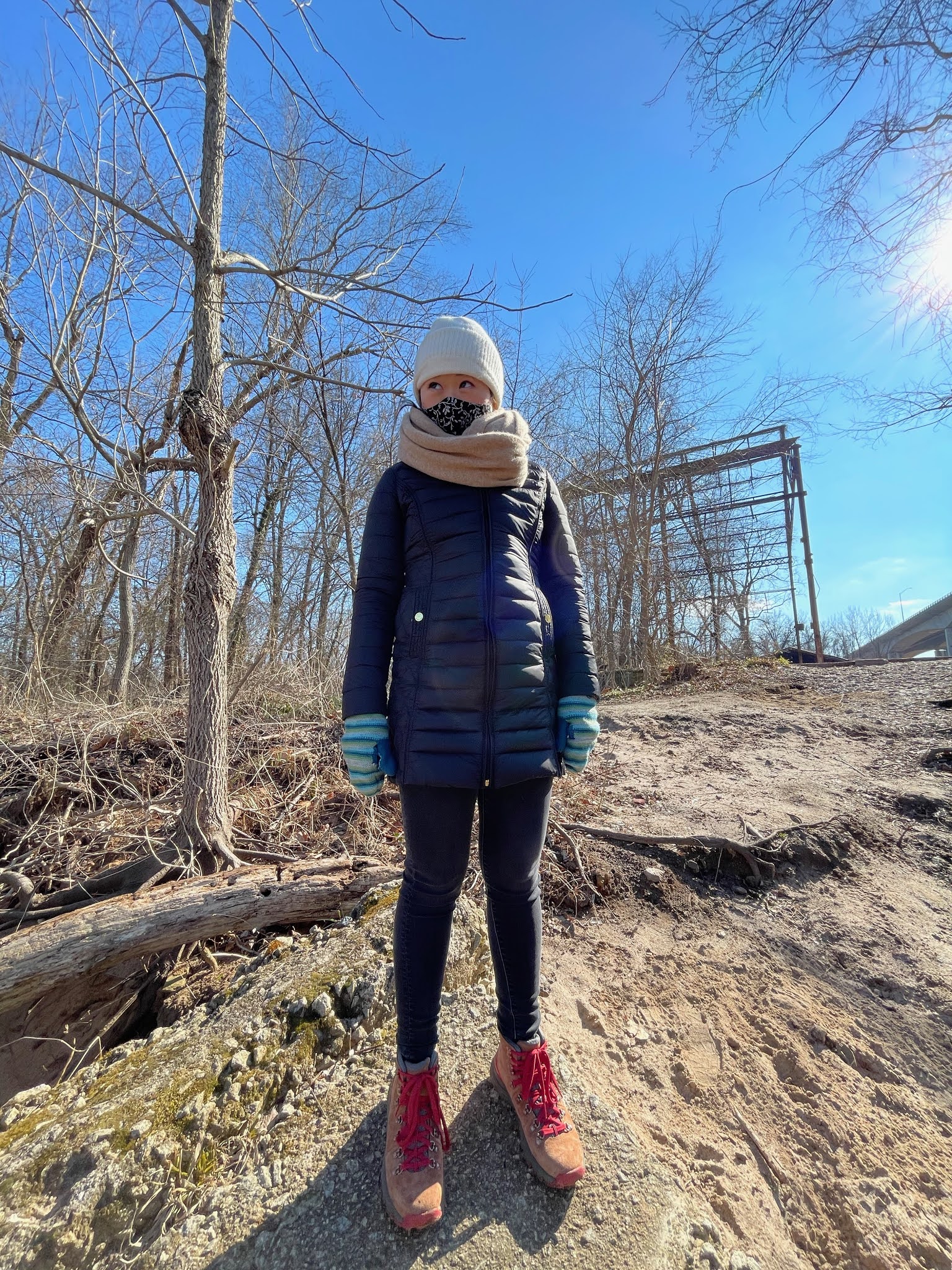 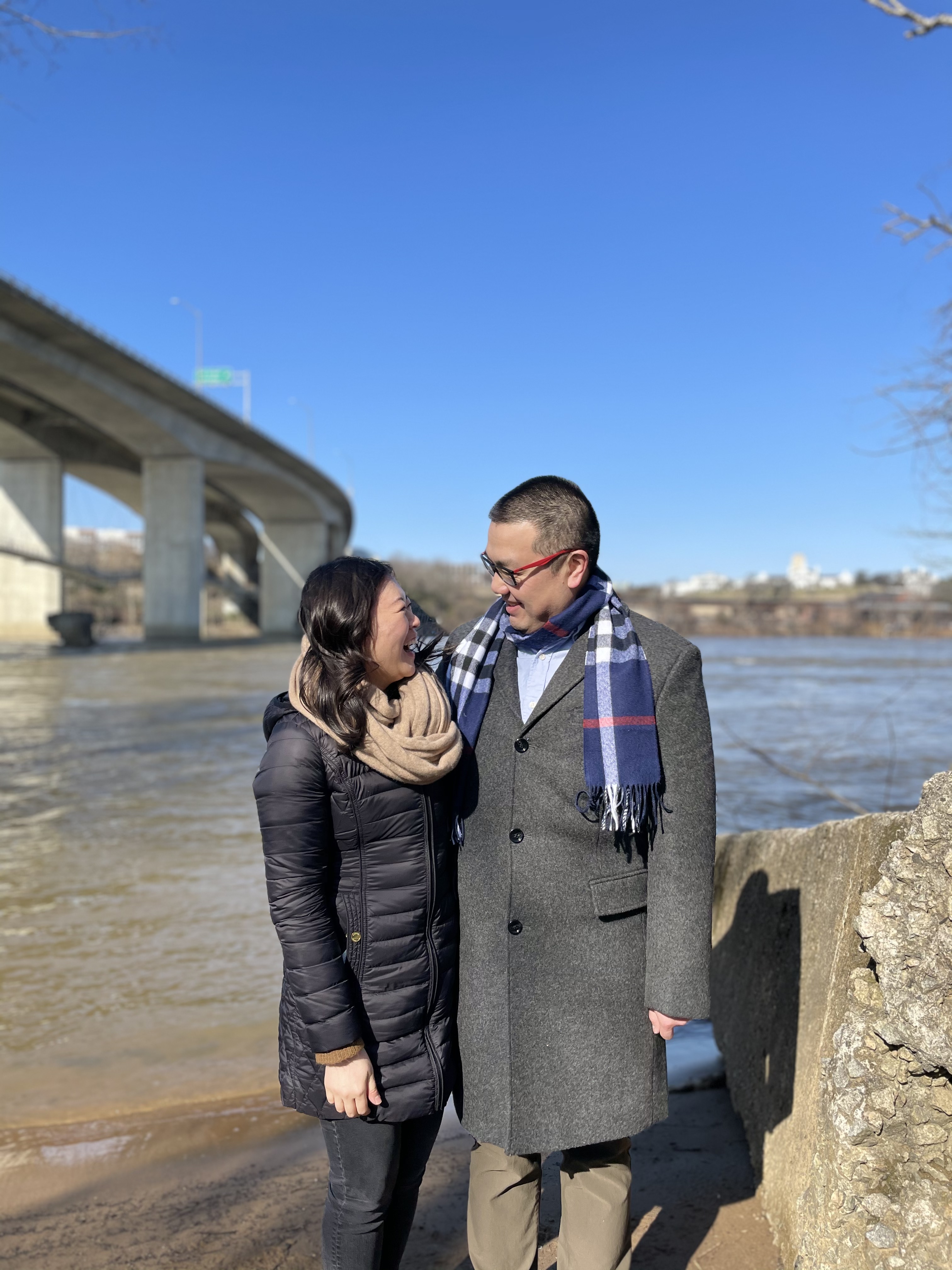 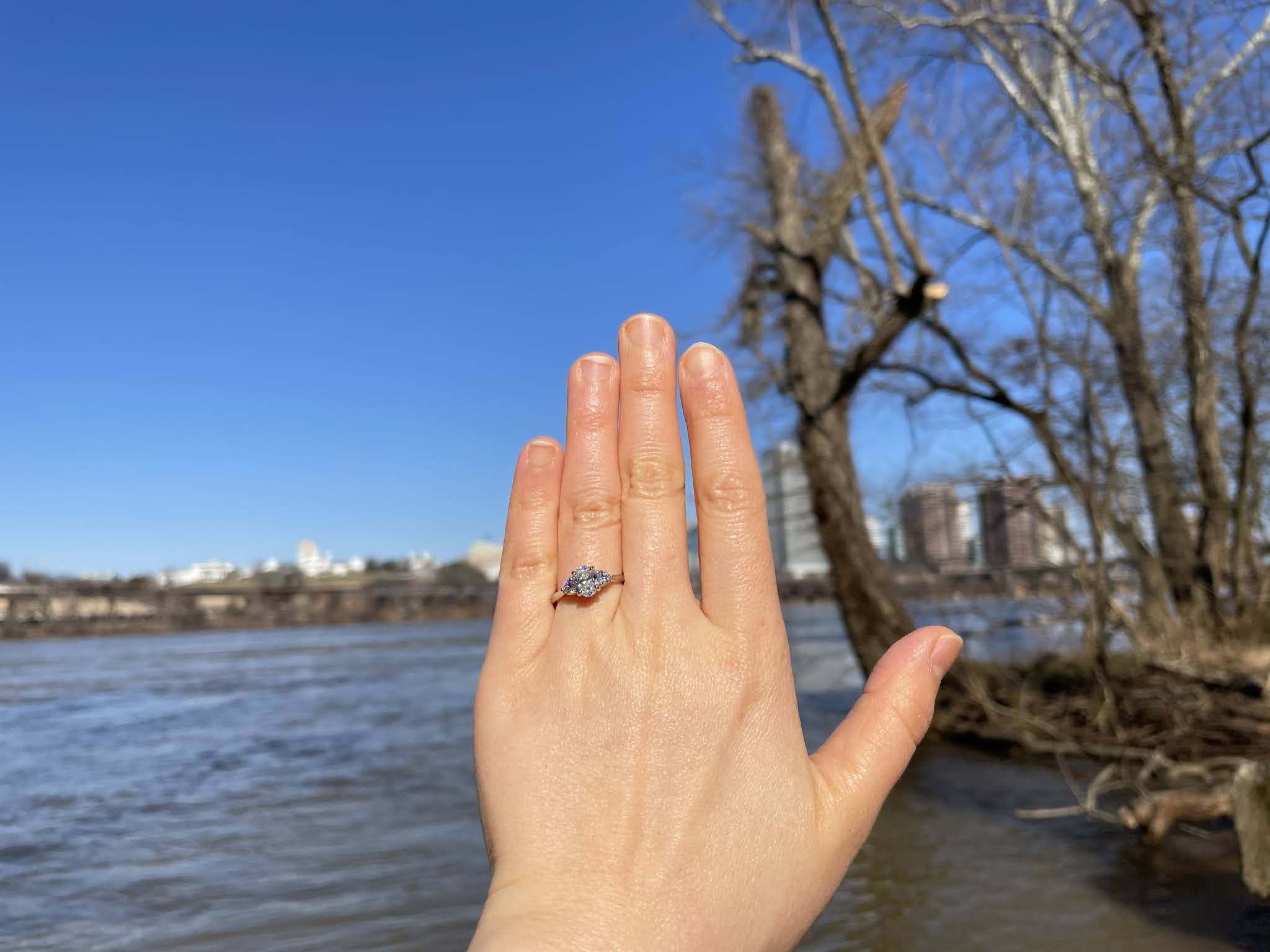 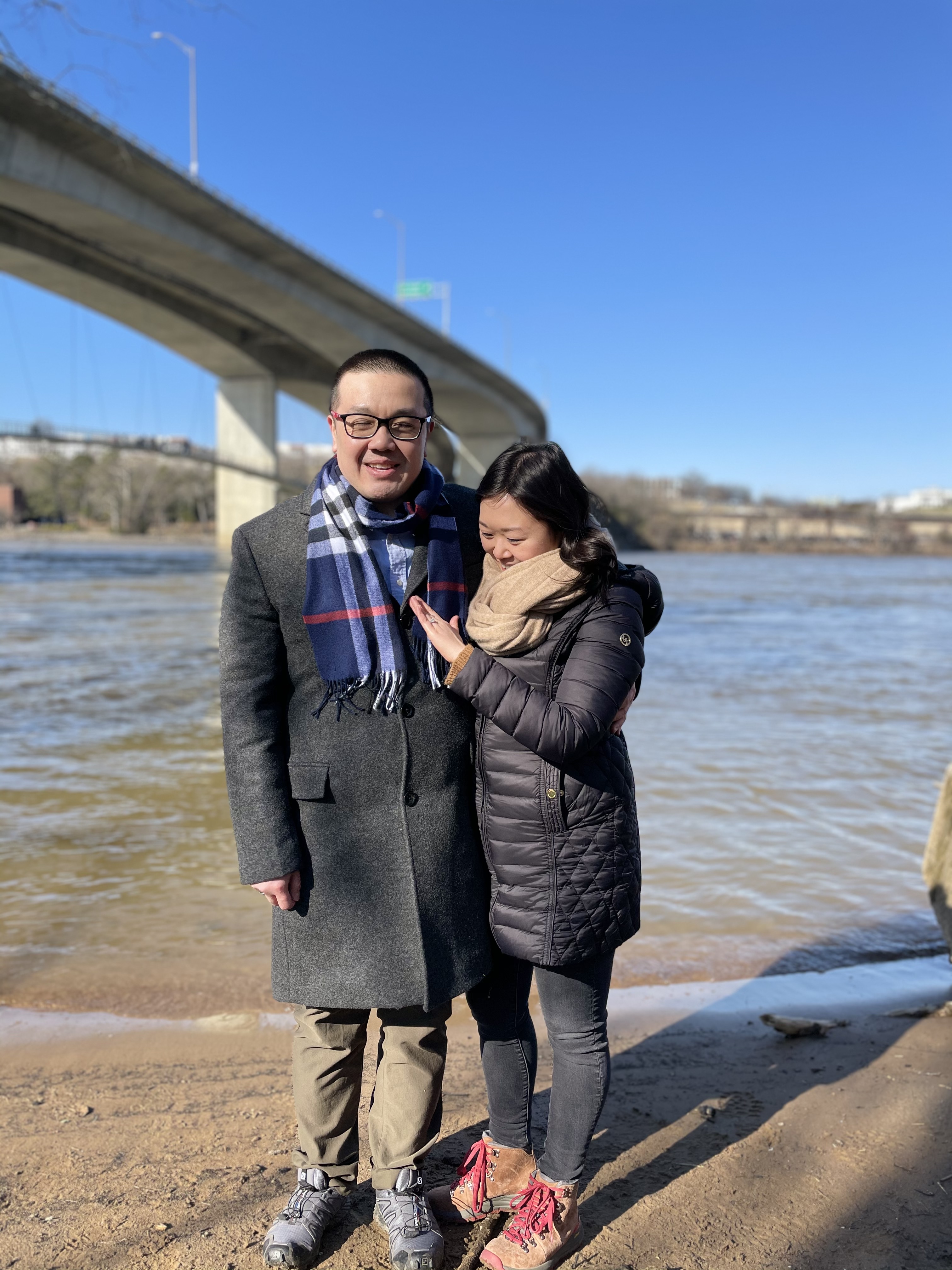 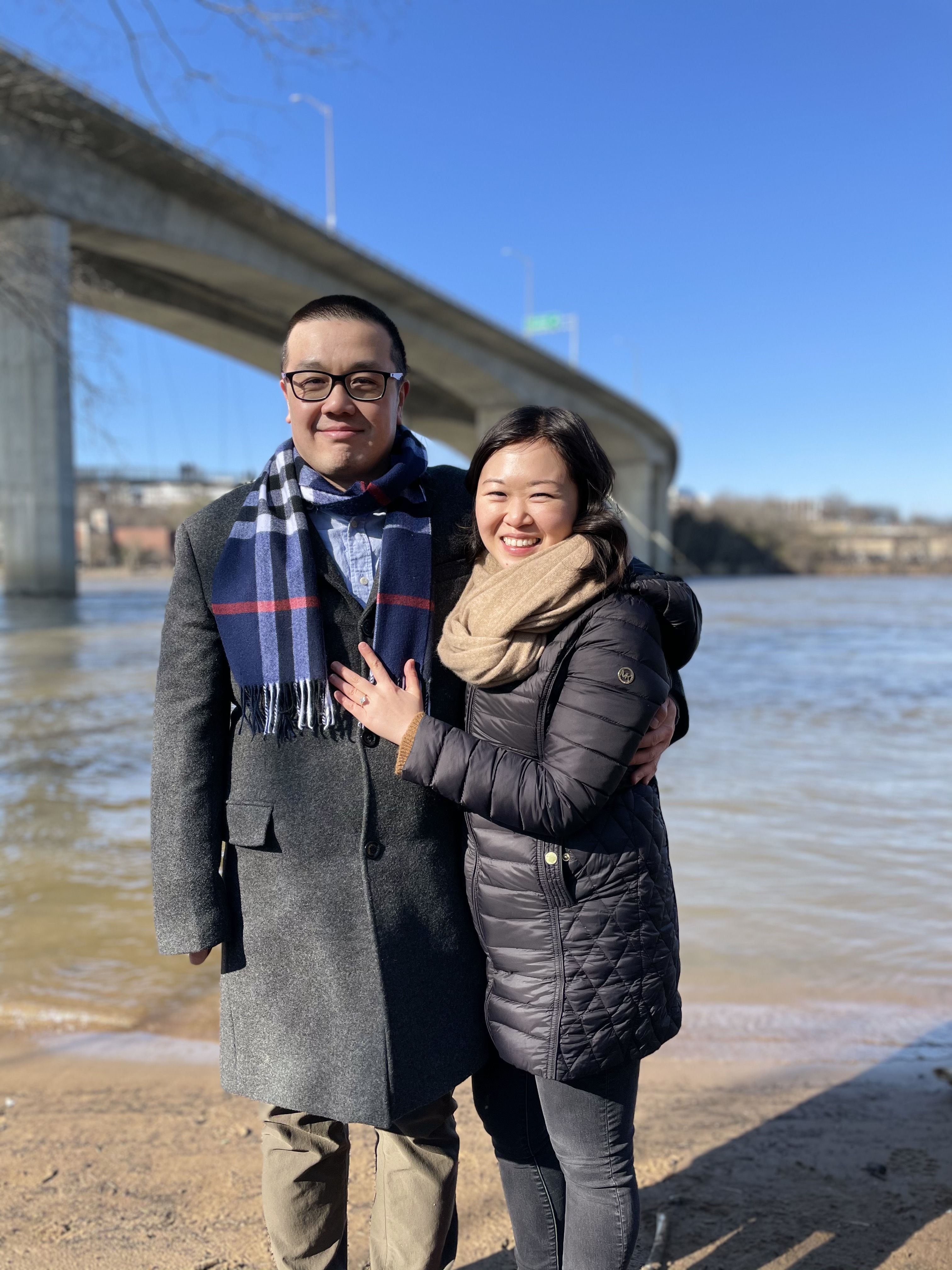 At first, things didn't change too much when we got engaged. In fact, I went back to work the following day and didn't even tell my coworkers as we had to take the ring to the jewelers to get it resized. I didn't get the ring back until a few weeks later so didn't really feel like telling people until I had my ring back. Our friends and family are scattered all over the country so we didn't have any sort of big celebration. 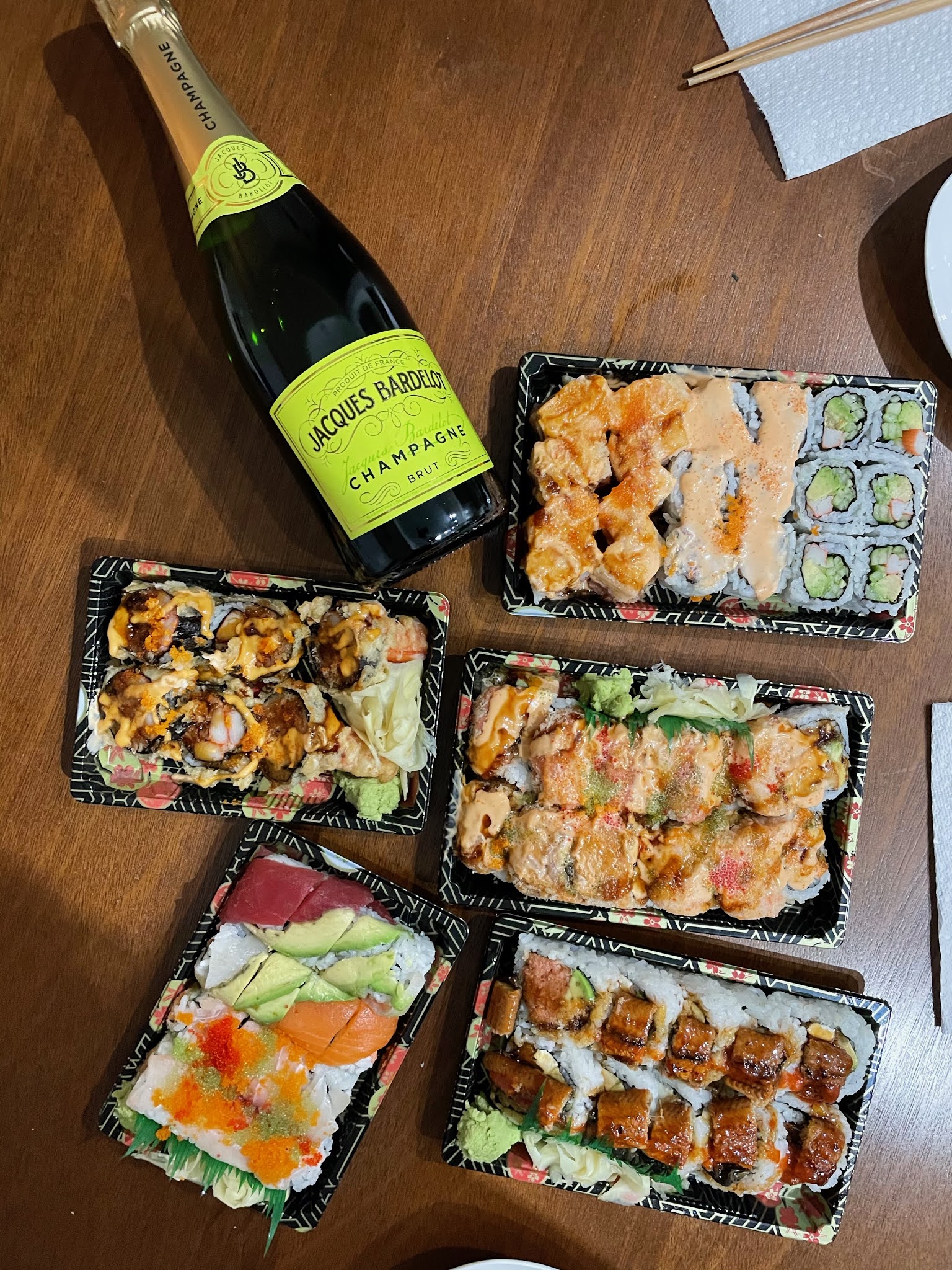 Celebrating during a pandemic, takeout sushi and champagne (for me) 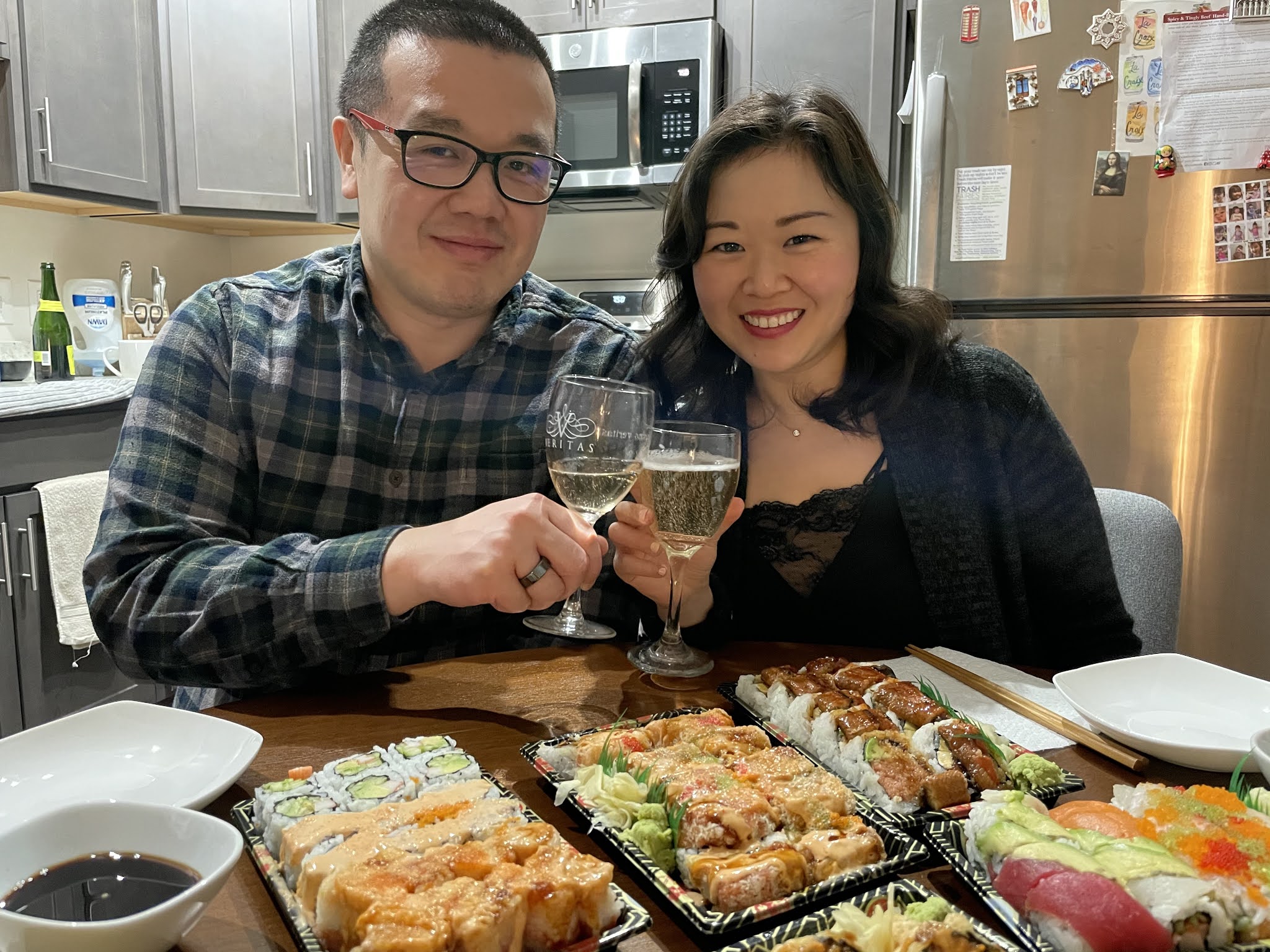 But it has made me feel more secure in planning our future together. We were already living together, and we already knew we would be moving back to California and living together, but being engaged just gave me an extra security blanket knowing that we would making decisions for our future together. I had already been planning in my head for marriage but I actually wasn't in a rush (I was thinking maybe right before we moved to California, like June?). We had had some discussions about marriage and the future, but he did dodge me a few times (he said he had to make sure I was surprised 😏 ). Being engaged just gave me the permission to say things out loud and in the open and feel like we were on the same page. While initially I didn't feel like it was a big change, a few months later, it does feel like a great step forward for the relationship. I just want to enjoy this stage of our lives and I'm actually not in a rush to get married. We're taking one step at a time, first planning on moving to California this summer (in less than two months!), then both starting new jobs shortly, so we have a lot of things going on this year. I'm not planning on getting married until later in 2022 when the pandemic is hopefully far behind us and we are a little more settled in our new lives. Right now, I just want to enjoy this time of our lives and enjoy being engaged!