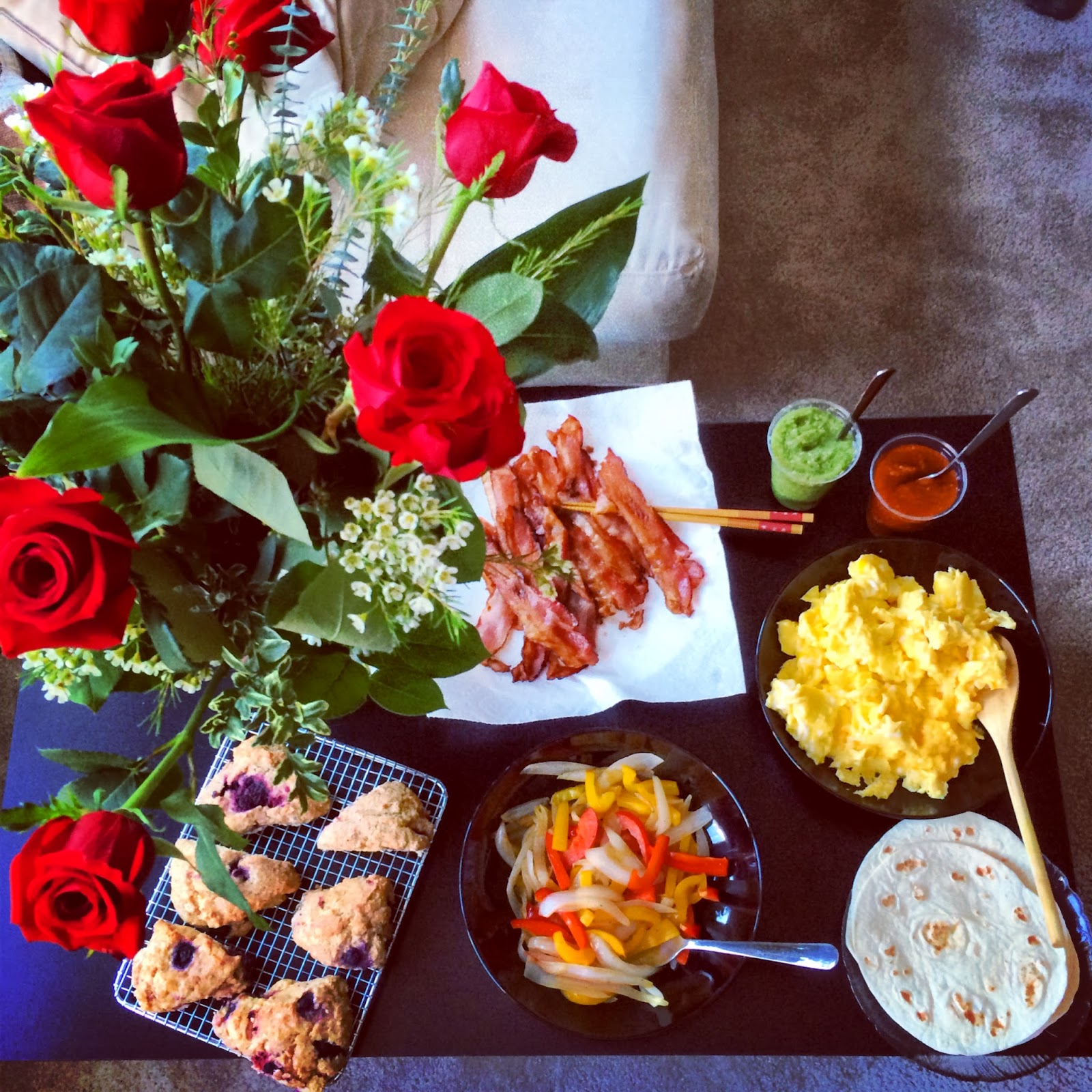 Is this what a normal weekend feels like? Sleeping in, cooking (epic) brunch, and then watching TV for the rest of the afternoon? I had wholly forgotten what it feels like.

Even though I had to work (a shift in the psychiatric emergency department, not as dramatic as you would assume, though I am probably desensitized to what is dramatic and what isn't), the rest of this weekend has been refreshingly undemanding. I caught up with friends, went to the gym, shopped at IKEA, started House of Cards Season 2 (dat first episode....), scavenged for bacon and maple syrup on a Sunday morning in Baltimore (everything is closed), and cooked brunch for some of my favorite couples and J for Valentine's day. The beautiful roses decorating our apartment were from my roommate's fiance. I was in charge of the banana bread, scones, and potatoes; my neighbors A&W brought breakfast tacos! 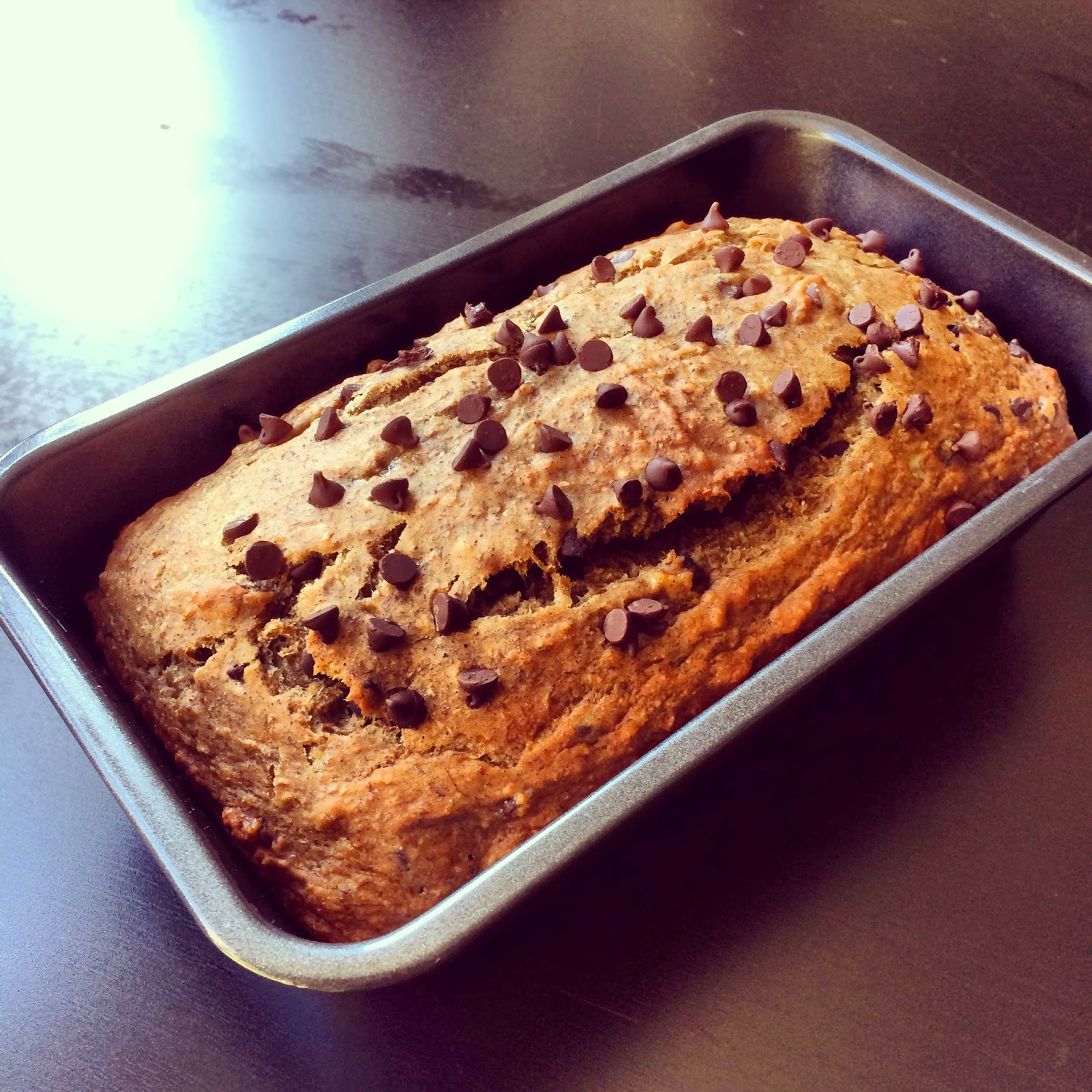 Best banana bread I've ever made courtesy of Chocolate Covered Katie: Chocolate Chip Chai Banana Bread. Even though I normally love chai, I think this would have been just as good without the cardamom.The only substitutions I made were adding 1/2 cup of mini chocolate chips instead of nuts (I sprinkled some more on top before baking for 35 minutes) and using half whole wheat, half white flour. It was still just as moist with the whole wheat flour. 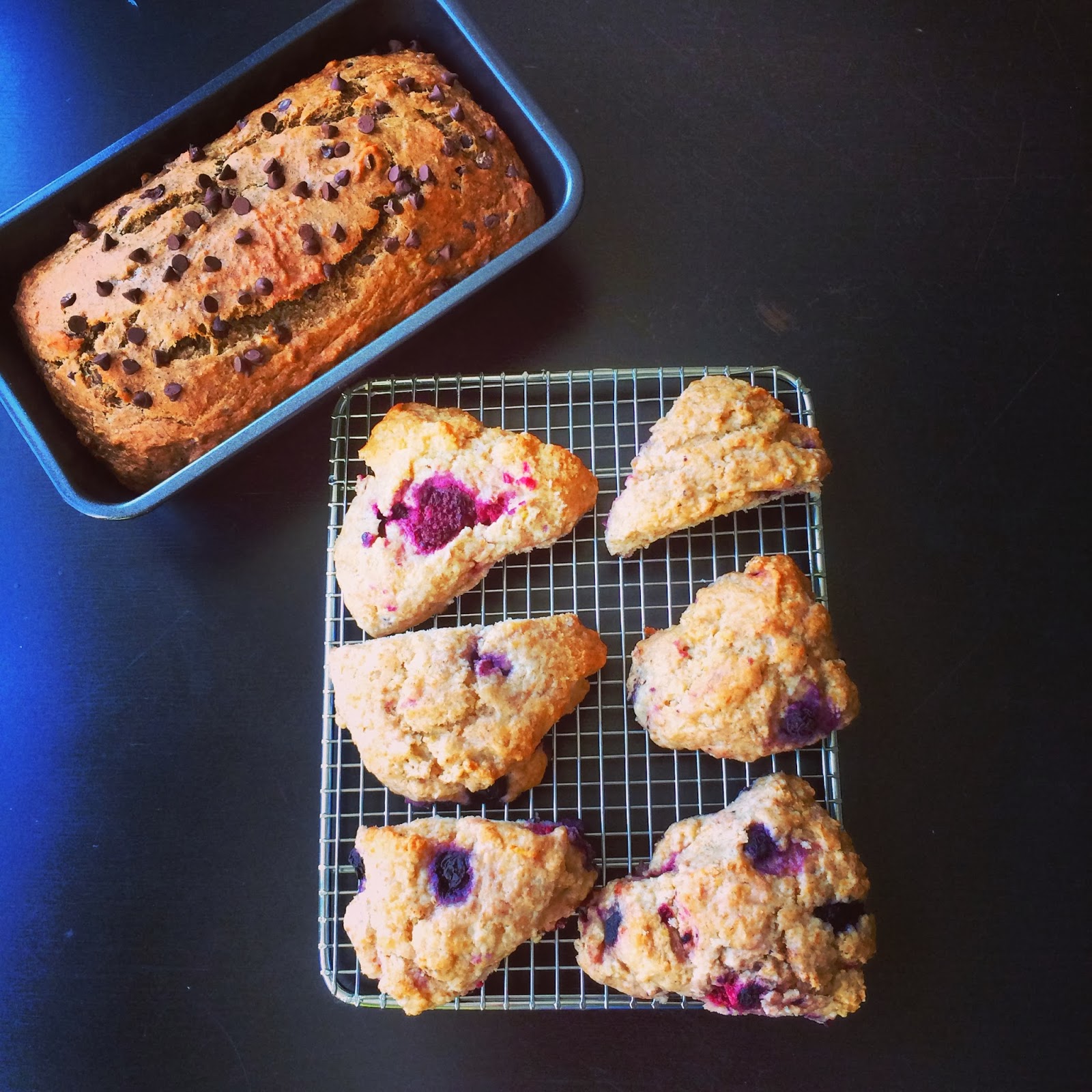 Blueberry lemon scones were from an old recipe I got from my sister over the summer. Again, I used half white and half whole wheat flour. Even though they looked like gargantuan Frankenstein scones, they were a hit! 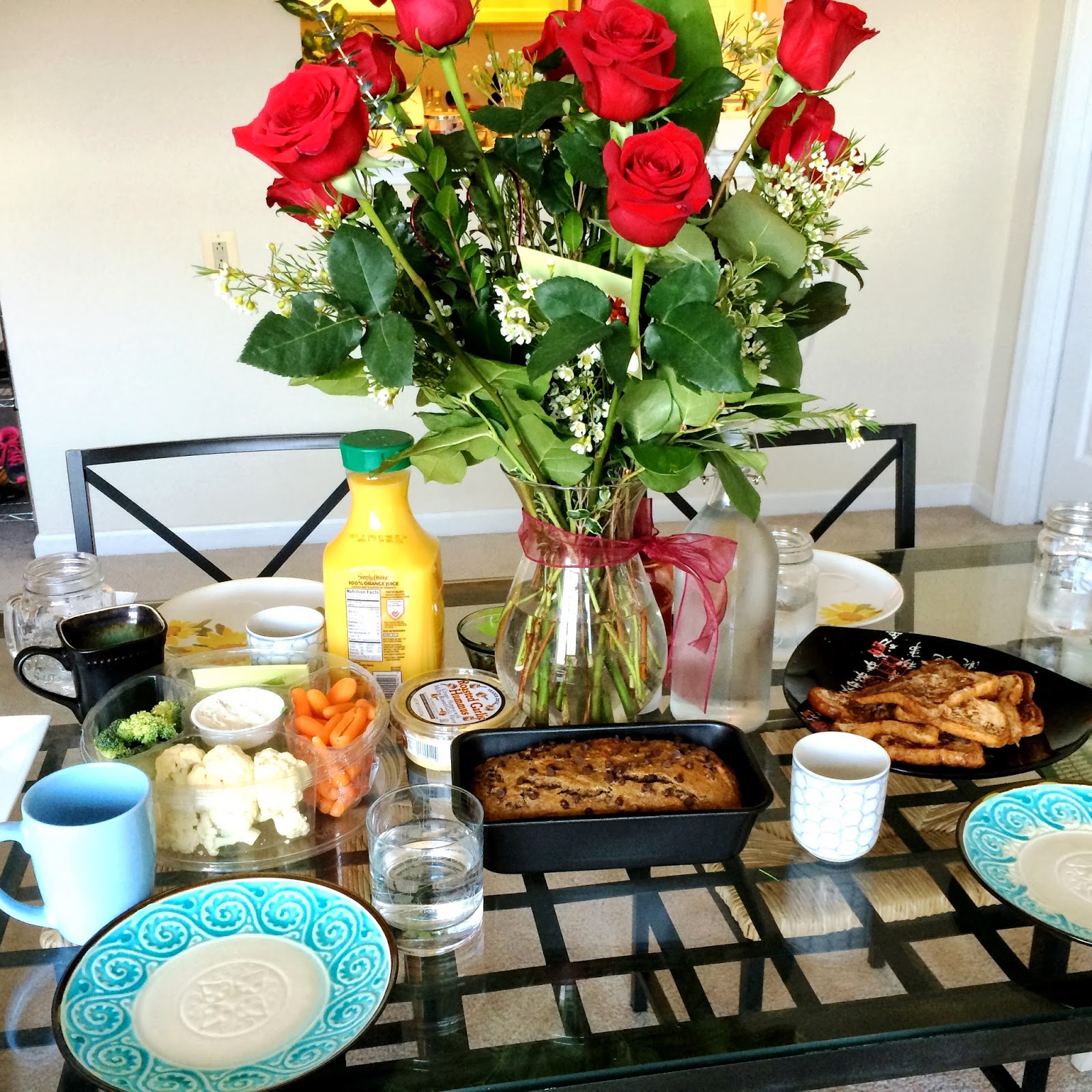 C also made french toast and "bacon" (aka bulgogi) 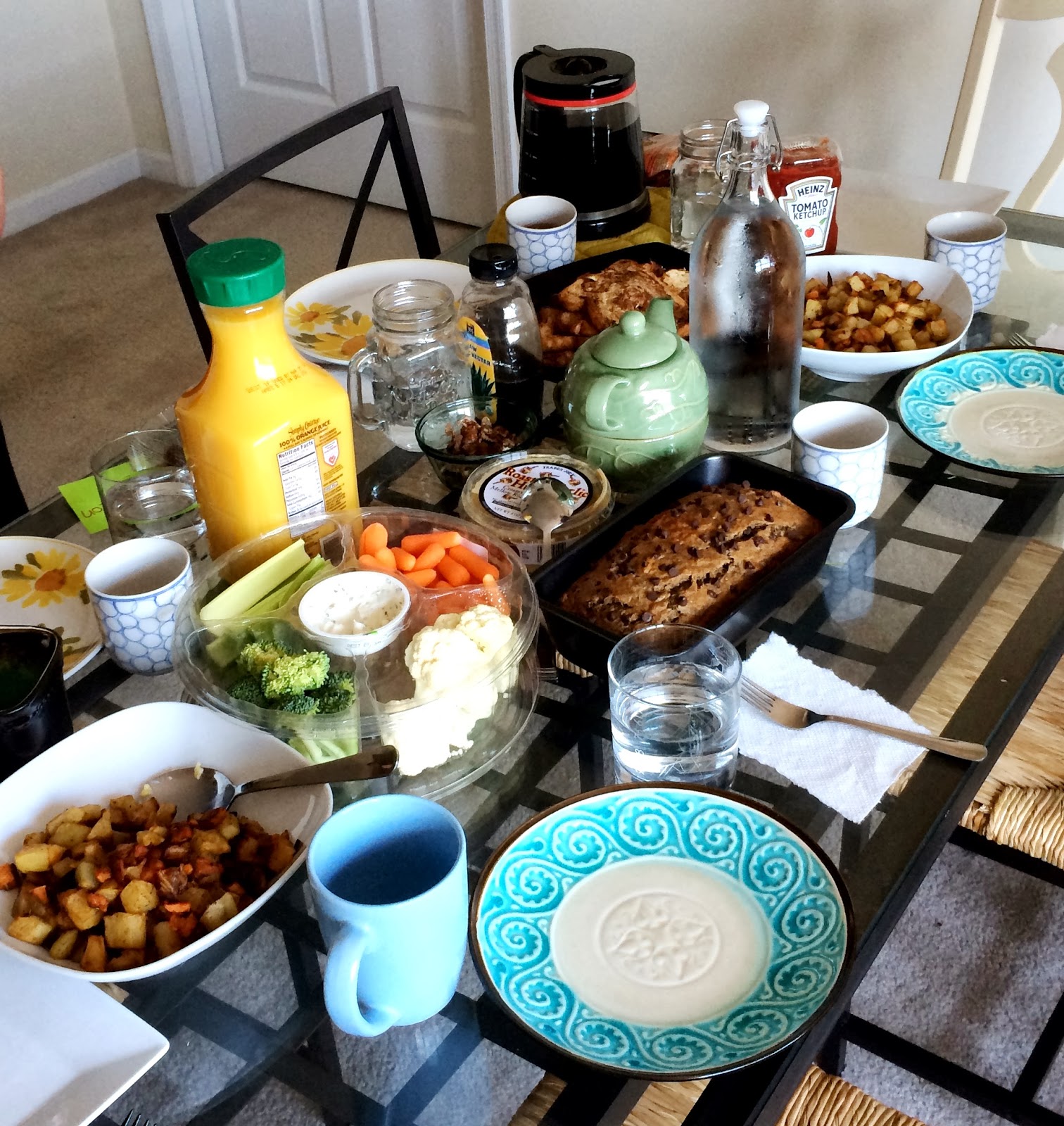 I love getting up late on weekends and making breakfast so I was so glad to have opportunity to host an epic brunch for some of my best friends here in Bmore. And not spend it alone even though they never make me feel like the 5th wheel =)
Labels: food life