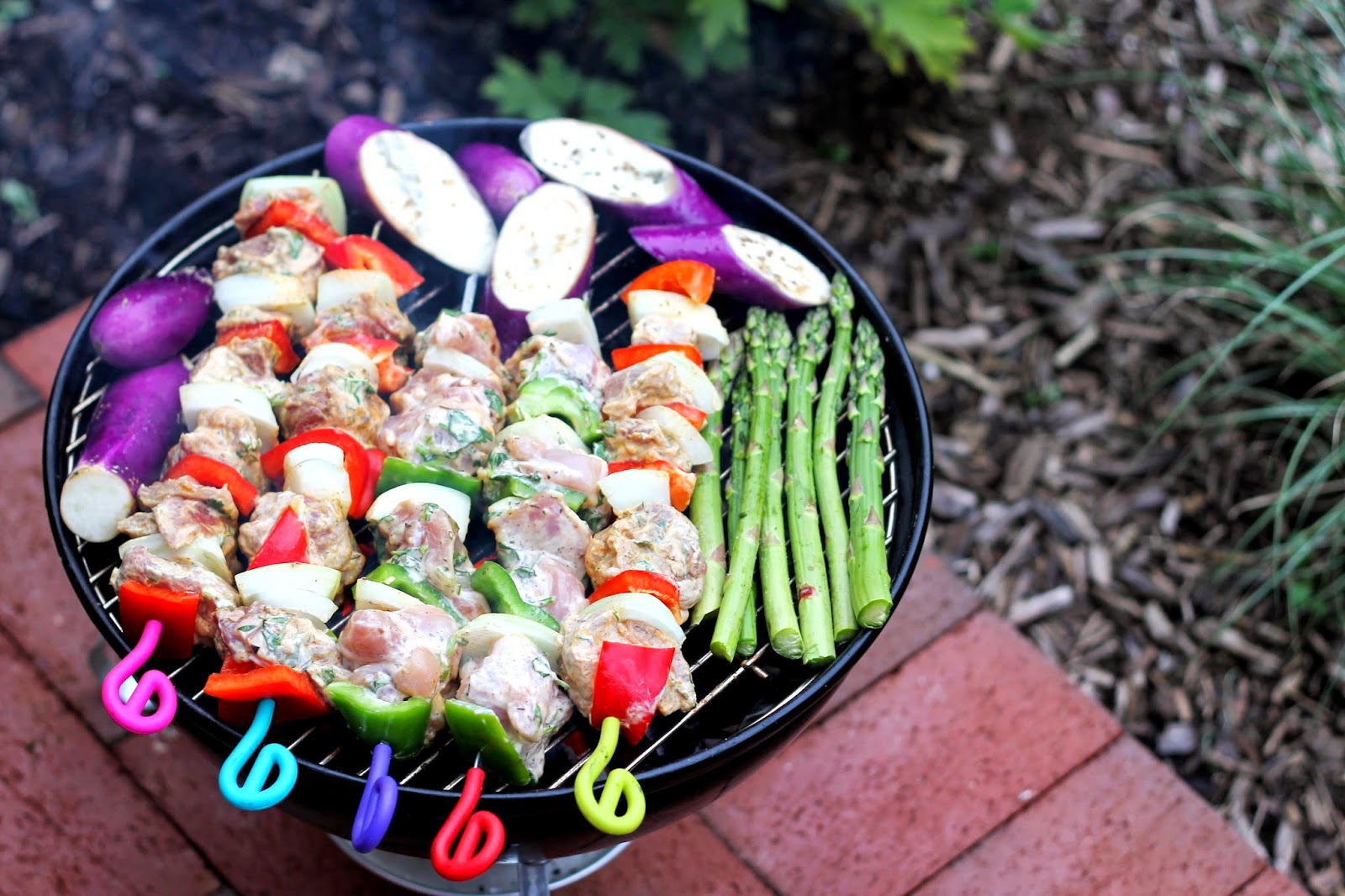 It's officially summer! Well it has been for about 10 days, but I'm finally done with core rotations, done with shelf exams, and on my one week summer break before I start my sub-I next week. Back on the first official day of summer, we celebrated with a small bbq catered by gourmand extraodinaire J. He pretty much mixed some spices together, slathered it in some yogurt, and made lamb and chicken kabobs that made me feel like I was in Morocco. 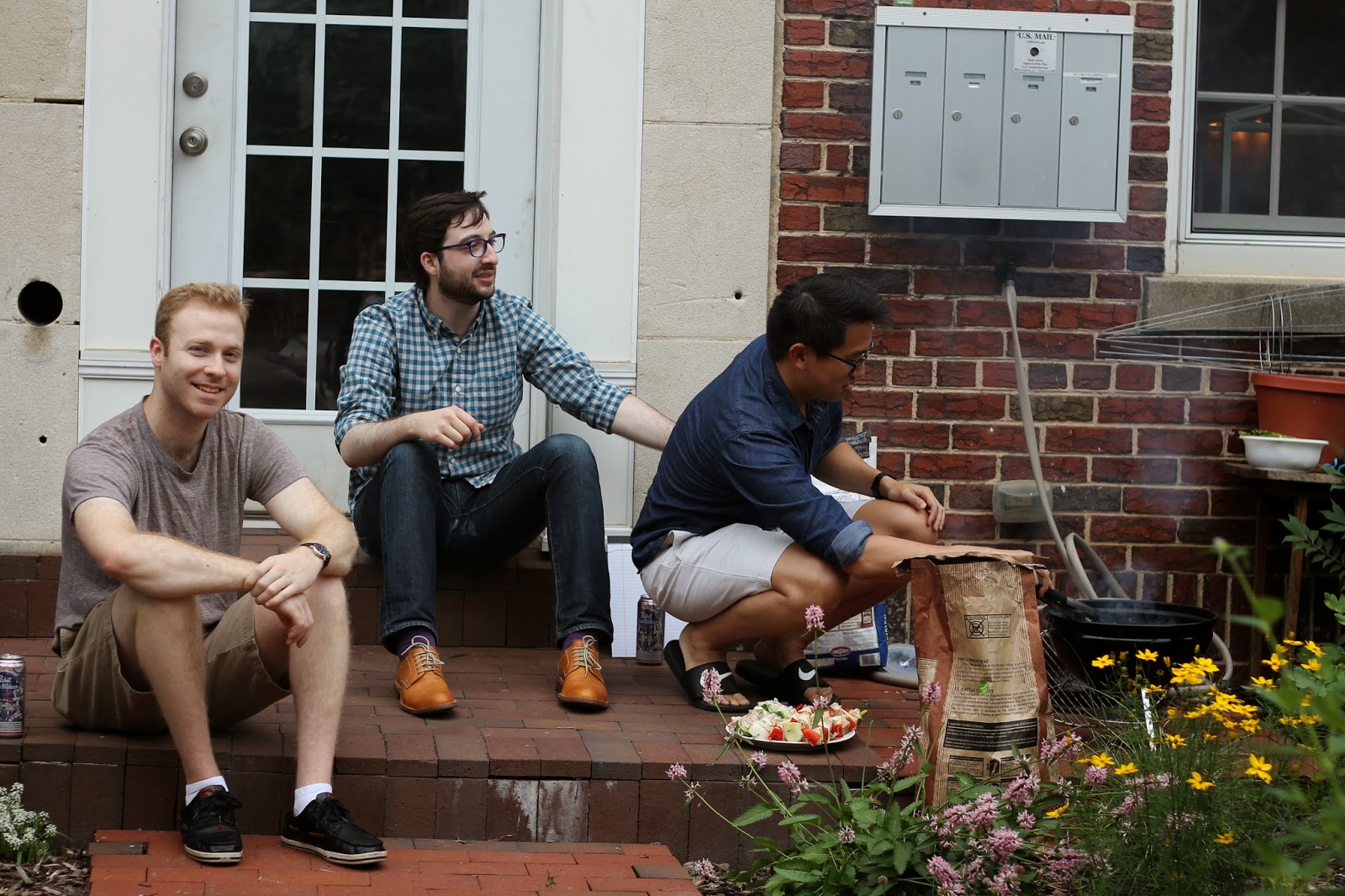 The boys started up the grill, J prepped, and I took pictures (typical). 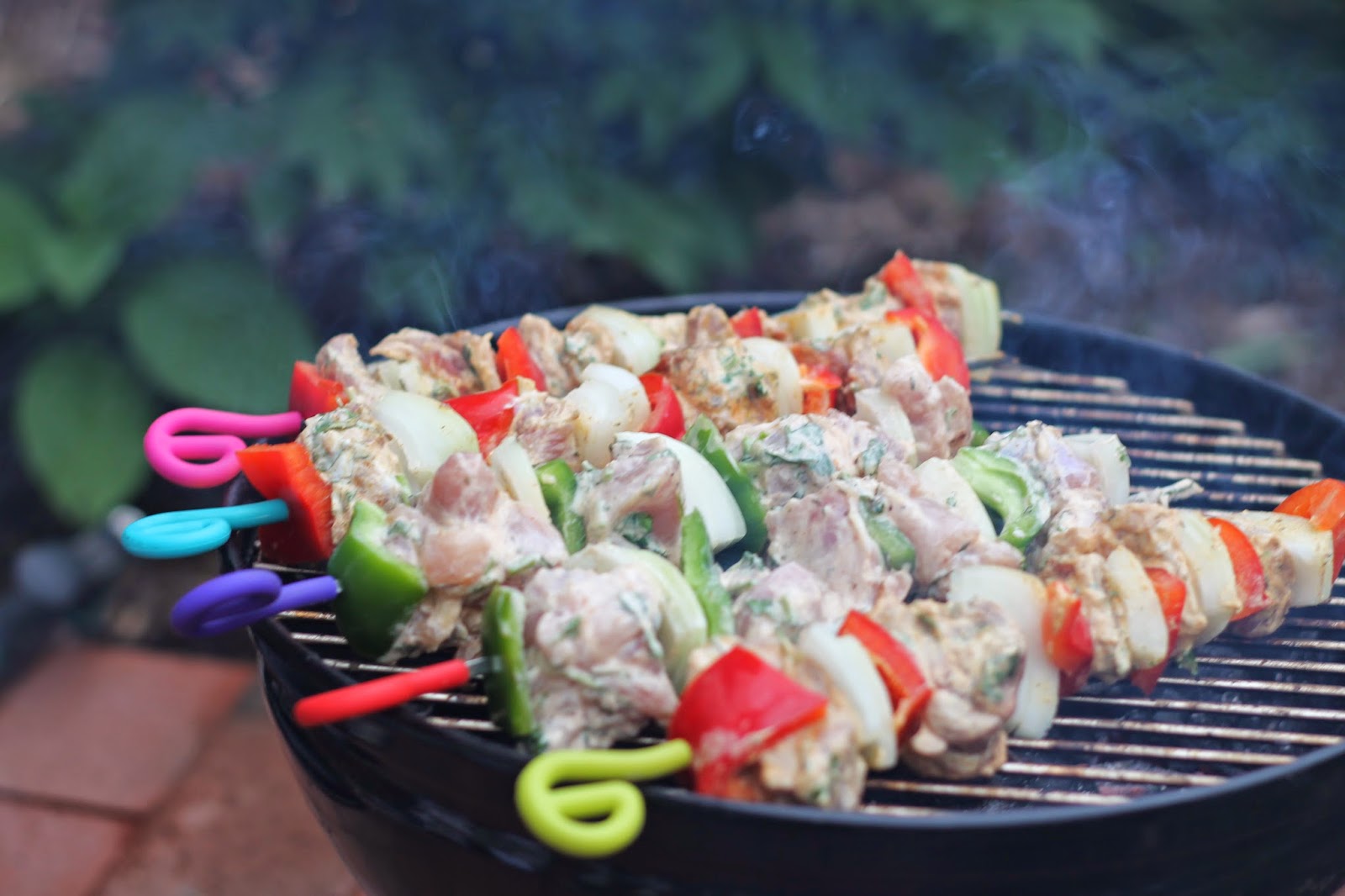 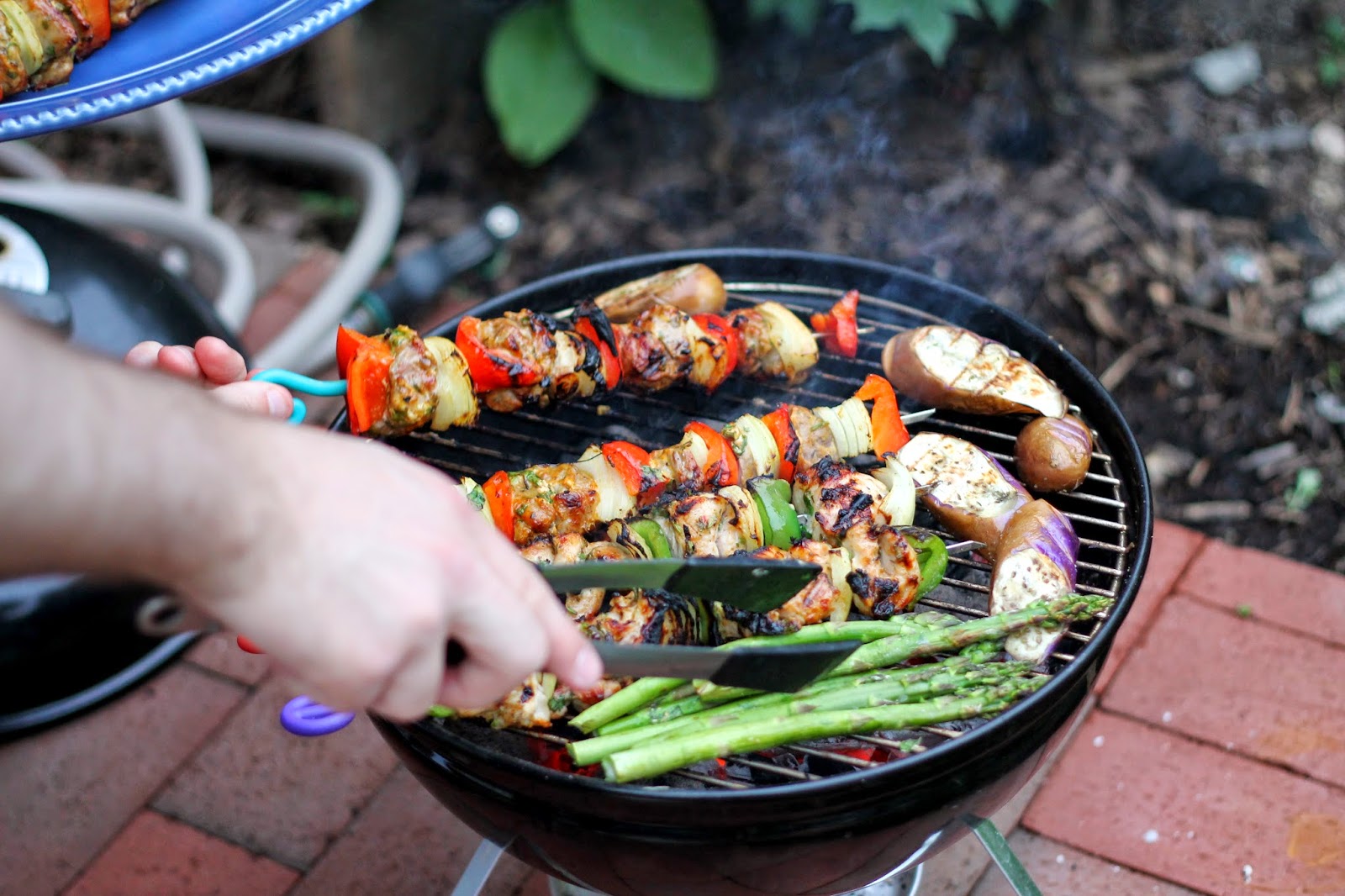 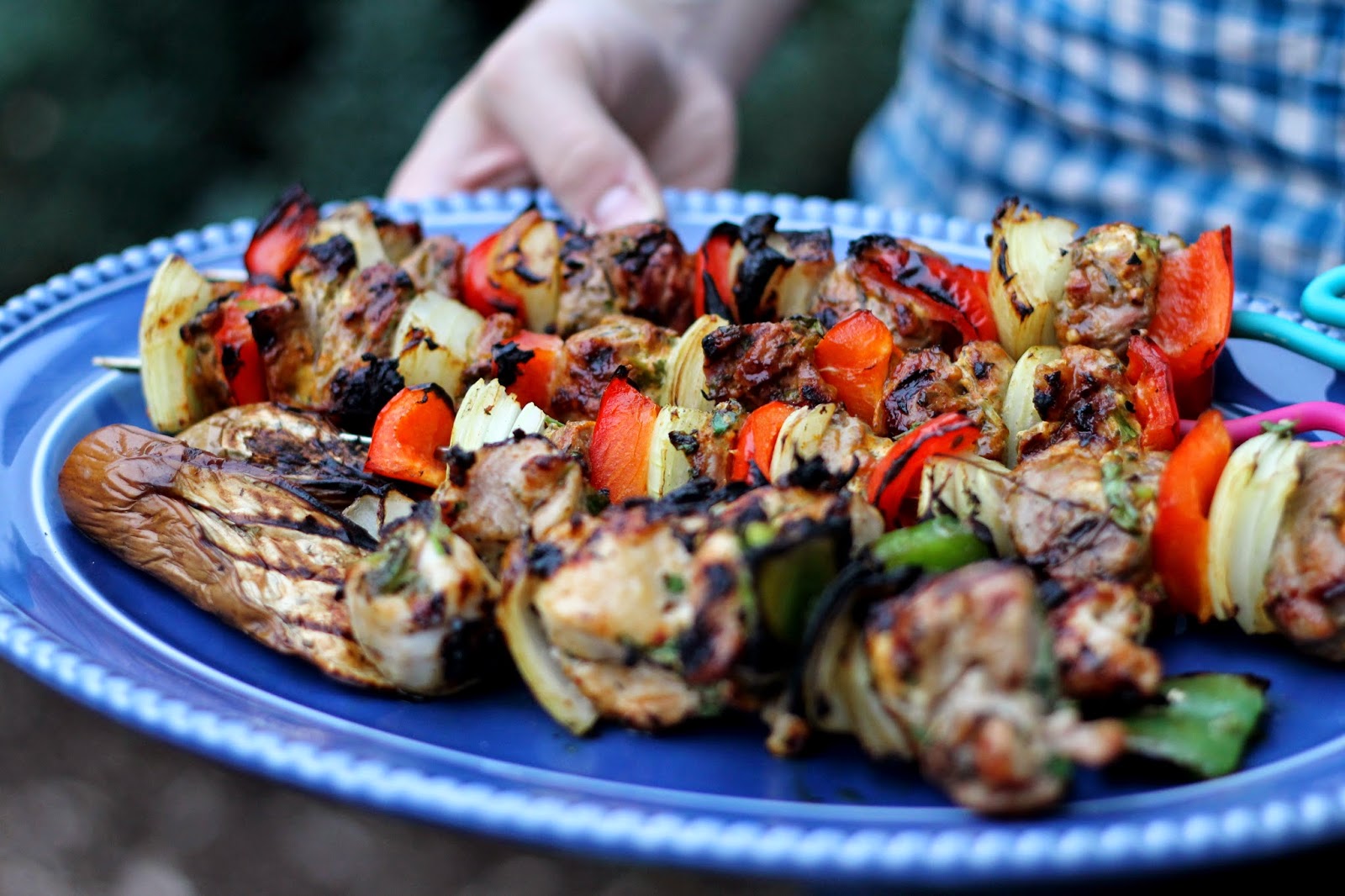 Thankfully, I asked him for the recipe:

Mix 1/2 tsp of each spice together and add yogurt and cilantro. Mix well. Slather the chicken and lamb chunks in the delicious mixture. Skewer bell peppers, meat, and onions and throw them on the grill. Grill for 10 minutes or until it looks or smells done.

Serve with plenty of tzaziki, vegetables, pita, and hummus. 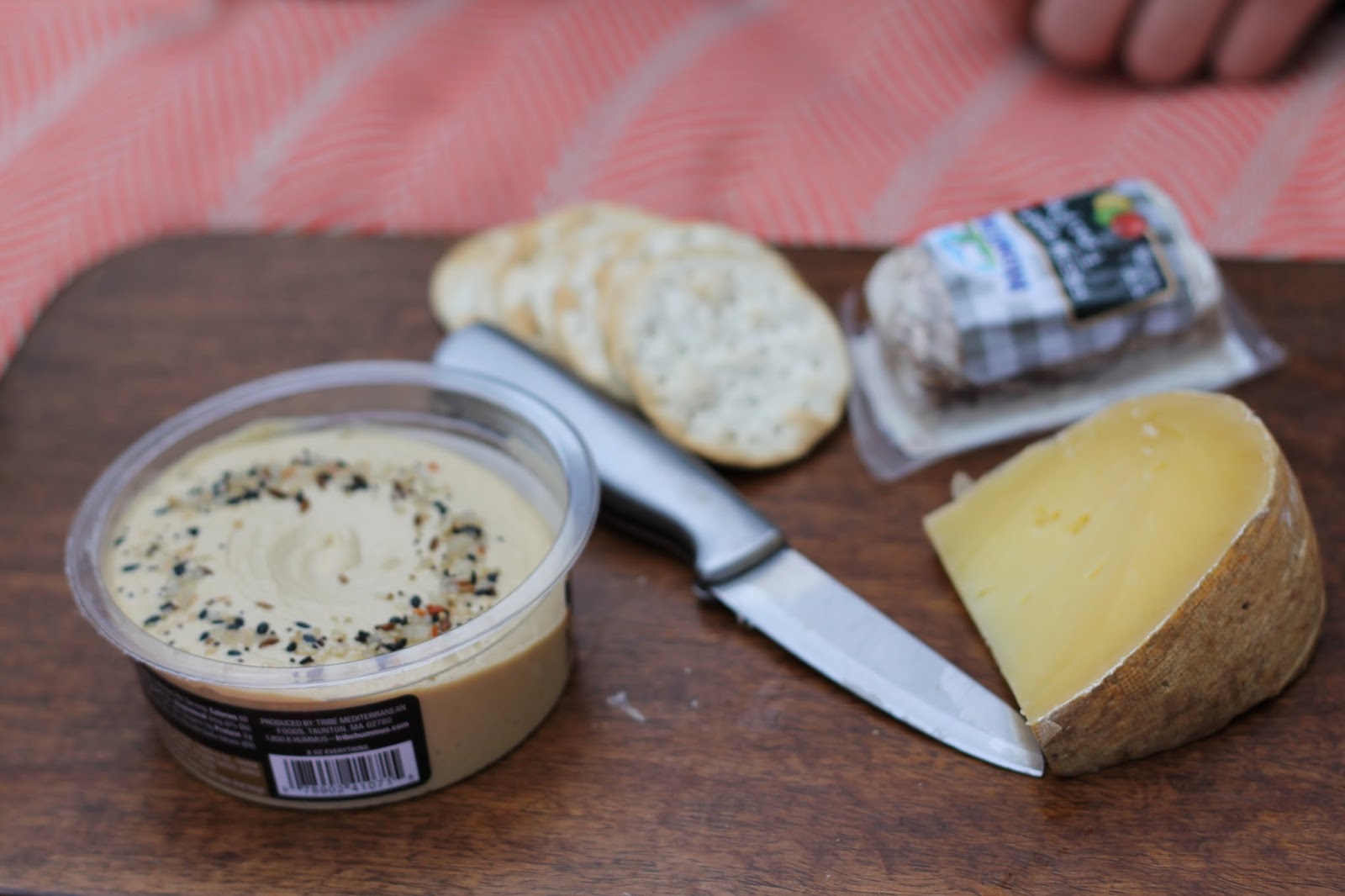 Dessert was a fresh summer berry pie with fresh whipped cream. The decadence! 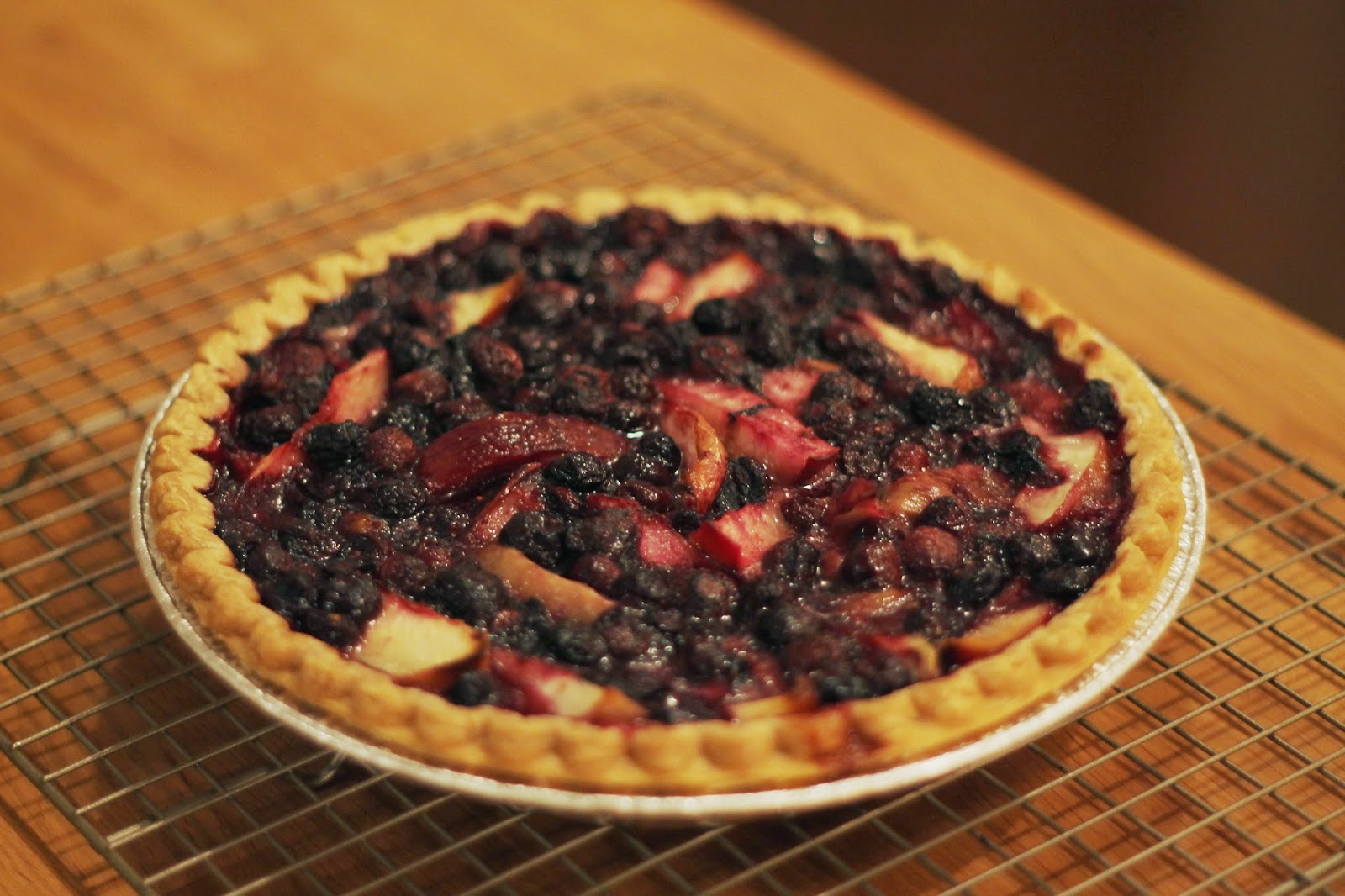 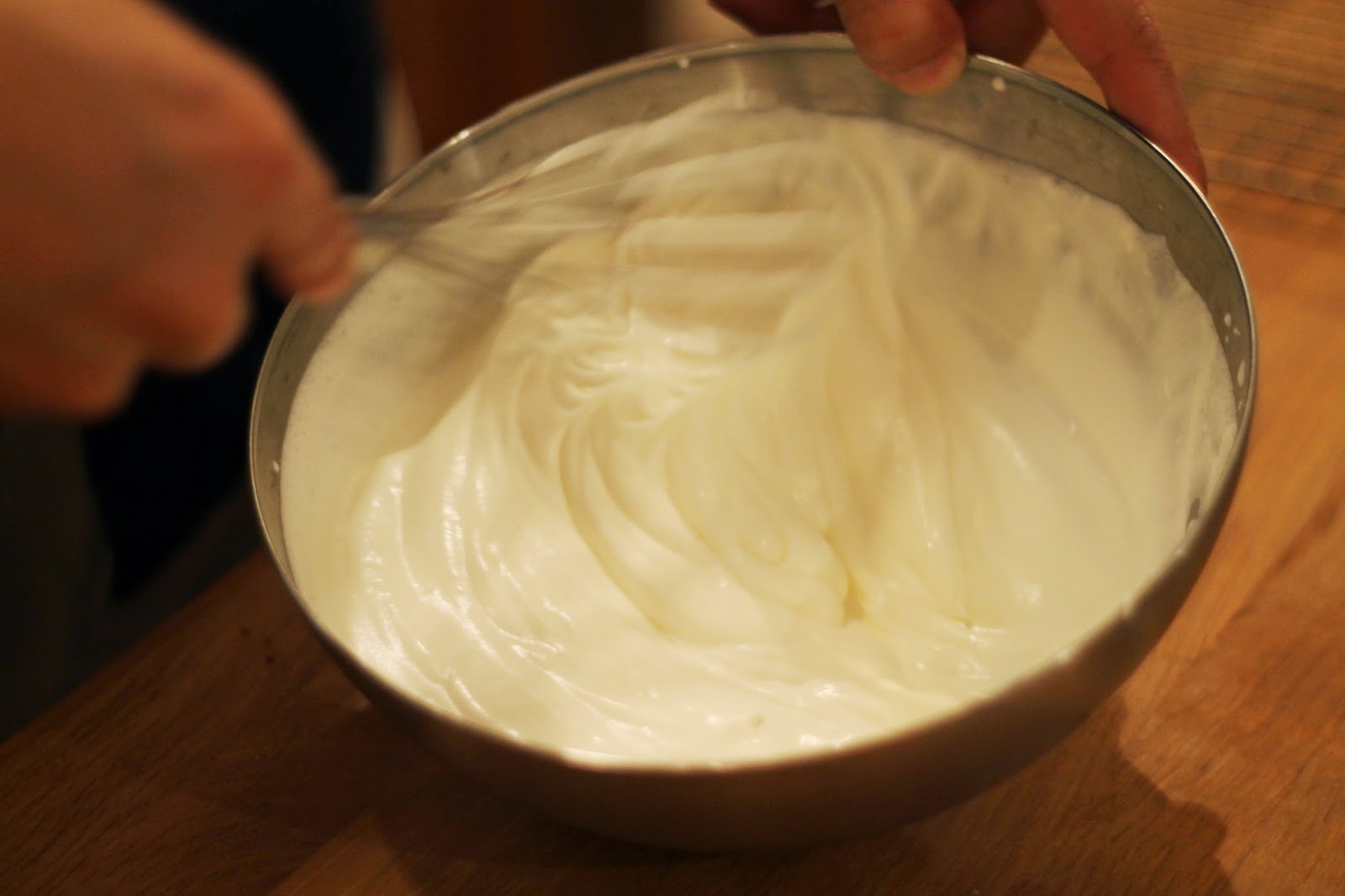 1. Preheat oven to 375. Prebake pie crust in the warming oven for 10 minutes.
2. Wash and cut the fruit
3. Mix the sugars, cornstarch, and lemon zest together.
4. Remove the pie crust from the oven, and put the cut and washed fruit in the pie crust. Sprinkle the dry mixture on top so it will dissolve into the juiciness of the fruit.
5. Bake for 50 minutes.
6. Let pie cool in the fridge. It would be best be made half a day in advance and let cooled. Top with a glob of whipped cream.

Of course we didn't have any patience so we ate it fresh out of the oven. Still good!

The next morning, we set off for another foodie adventure to try the prix-fix brunch at Medium Rare, a steak restaurant in Cleveland Park. Unlimited coffee and mimosas, rustic bread, and a choice of steak and eggs or steak eggs benedict. The steak was ok, but honestly I was more focused on catching up. I met up with my best friend from elementary and middle school, L, who lives in DC but is moving to Chicago to start her MBA at UChicago. She's always been really smart, so it came as no surprise to me =) 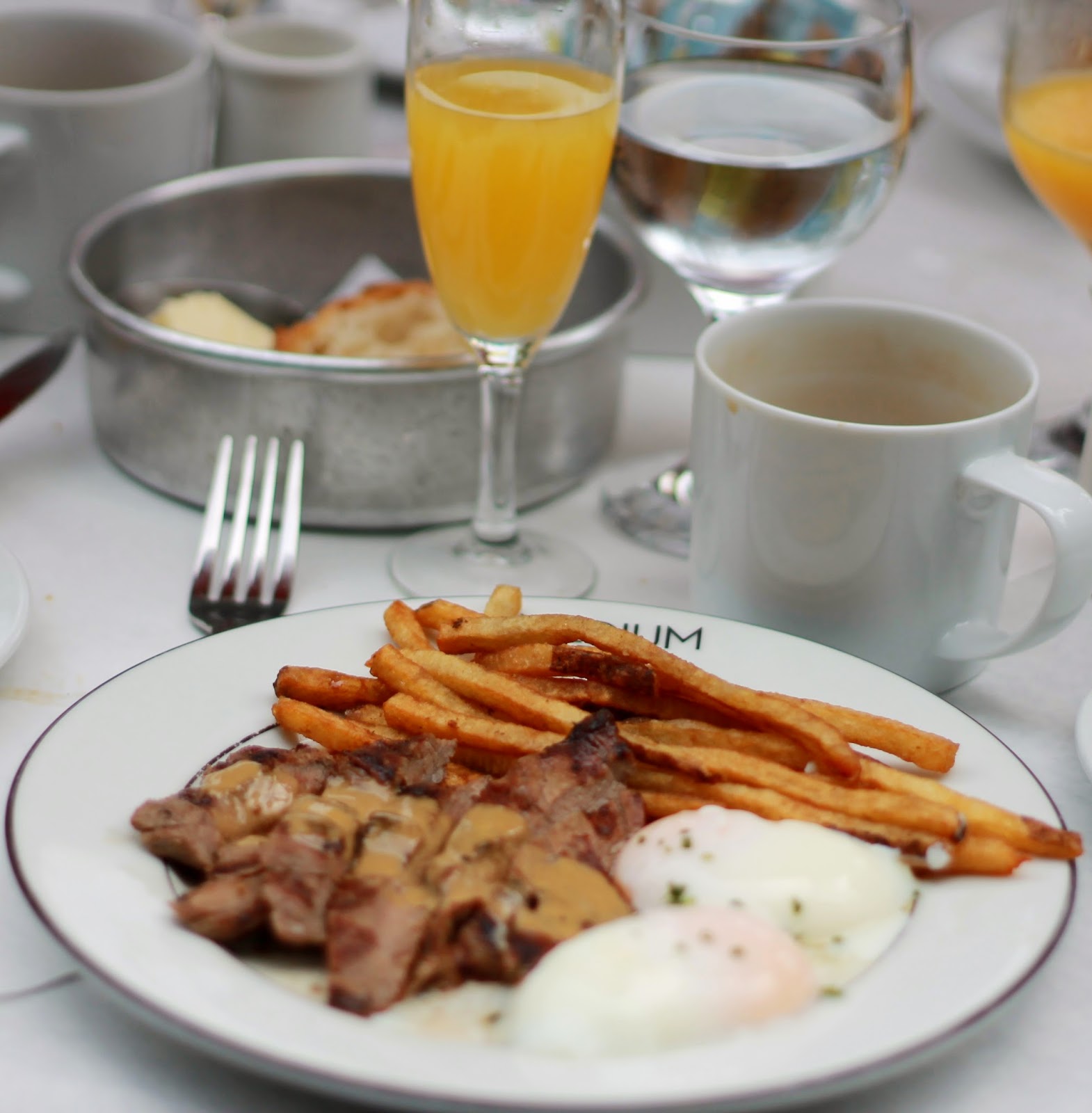 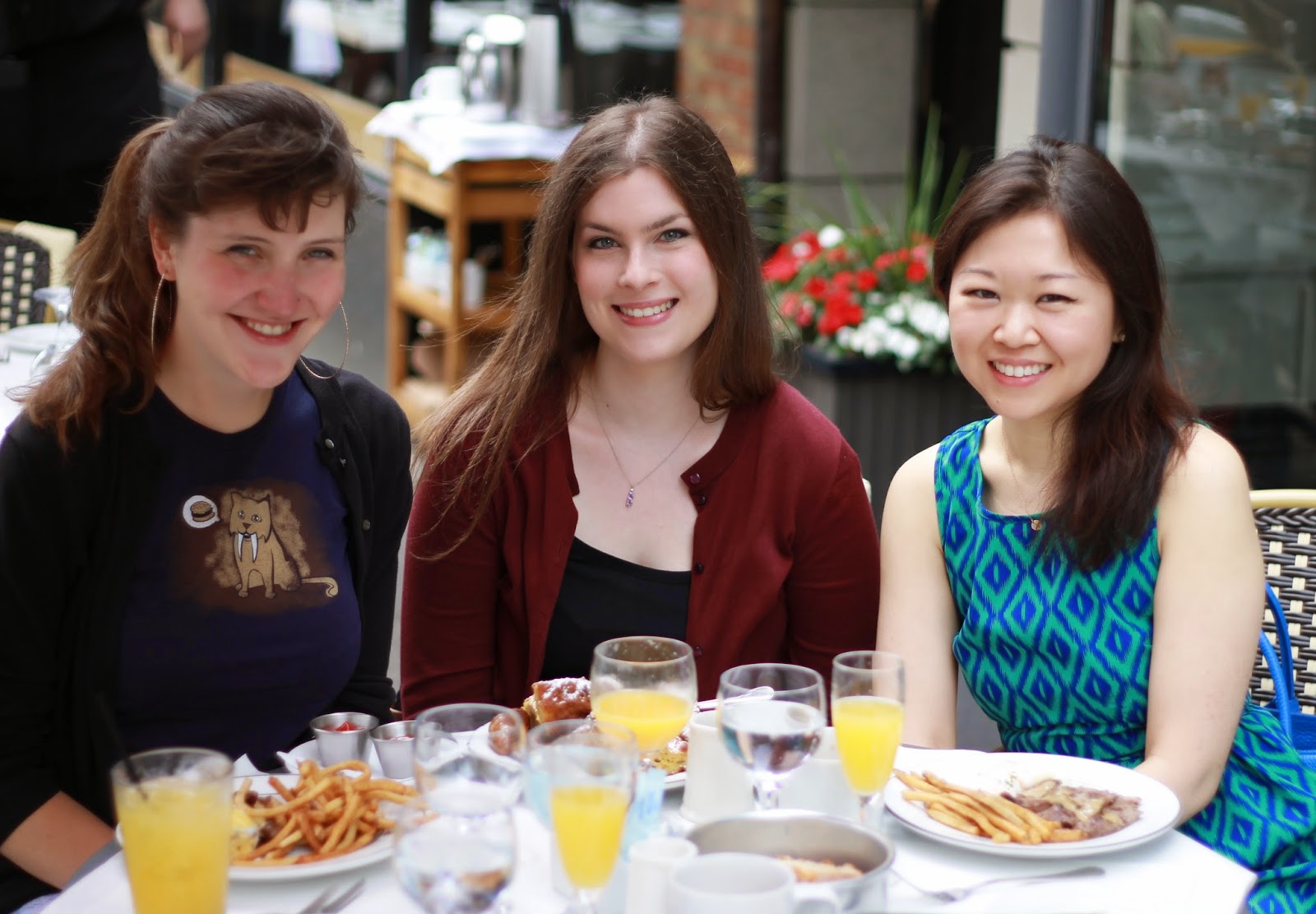 As I apply to residencies across the country, I feel like I take for granted how staying in the area for college and med school means I still have friends from different stages in my life so close. While moving to a different city is new and exciting, it's a little scary to think of starting over with no close friends or family nearby as a safety net.

But, I'm determined to make it out of the comforts of DC, if not to come back with a greater appreciation of the area later on. Upwards and onwards!
Labels: cooking food recipe