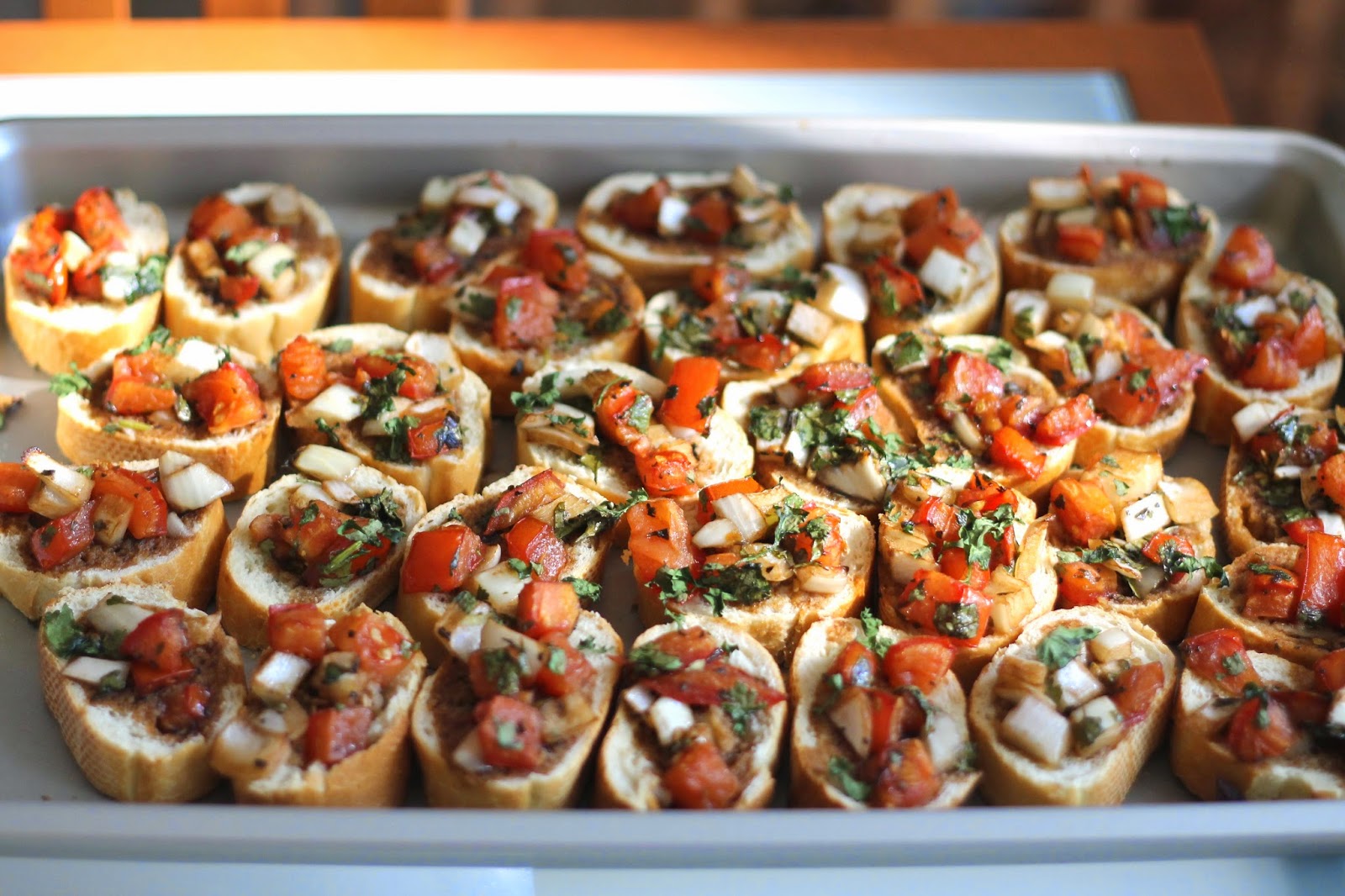 The first time I made this, I cobbled the ingredients together to bring to a Chinese Thanksgiving party. My parents' friends, who usually munch the on tofu wrappers and roast duck in addition to the traditional Thanksgiving turkey, surprisingly loved it, praising me the whole night and asking me for the recipe.

This dish quickly became my go-to appetizer to bring for any old potluck, housewarming party or summer barbecues and I still get asked to bring it to this day. I brought it to a barbecue just a few weeks ago and it happened again--all the Asian people, who usually never touch the American food, loved it! It's so simple too--just four ingredients, plus oil and vinegar, that I almost always have the ingredients on hand. It makes an easy last minute appetizer to bring when you're too lazy to try a new recipe. And it's foolproof, I swear--even old Chinese people approved! 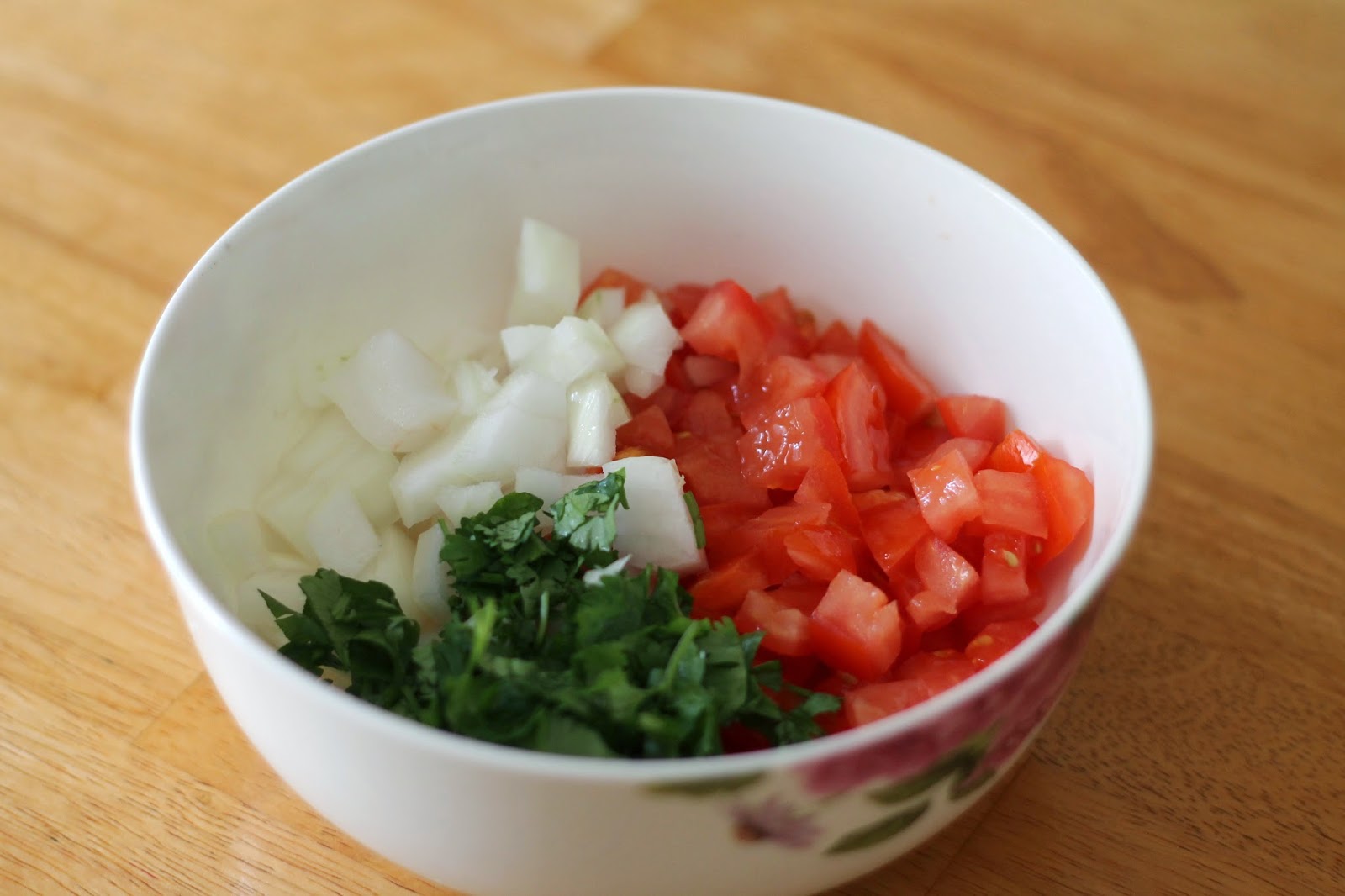 2. In a separate bowl, mix equal parts balsamic vinegar and olive oil. You'll want a good amount to cover the mixture and plenty extra to drizzle onto the bruschetta at the end. Mix into the tomatoes. Add a pinch of salt and pepper to taste. 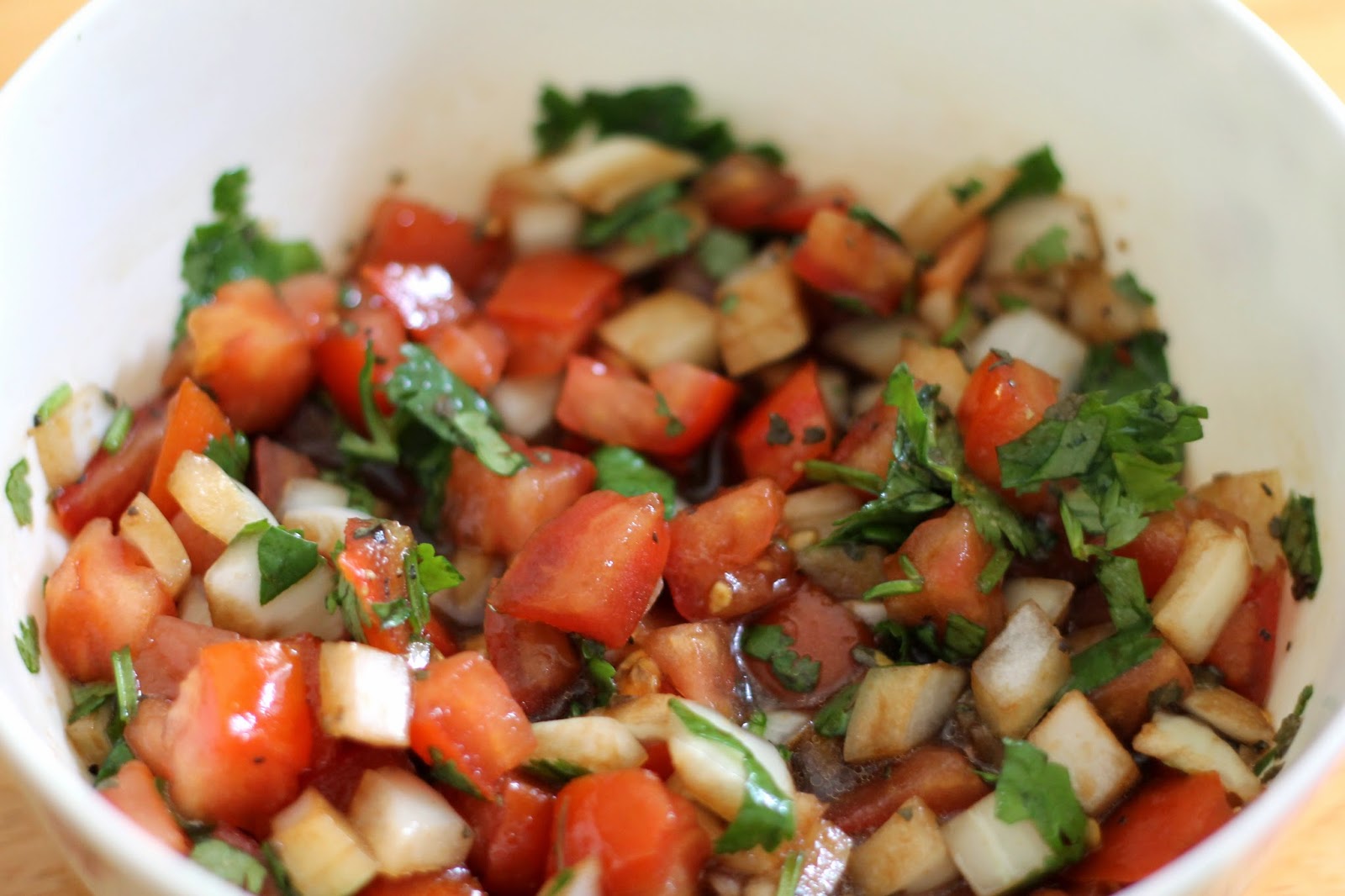 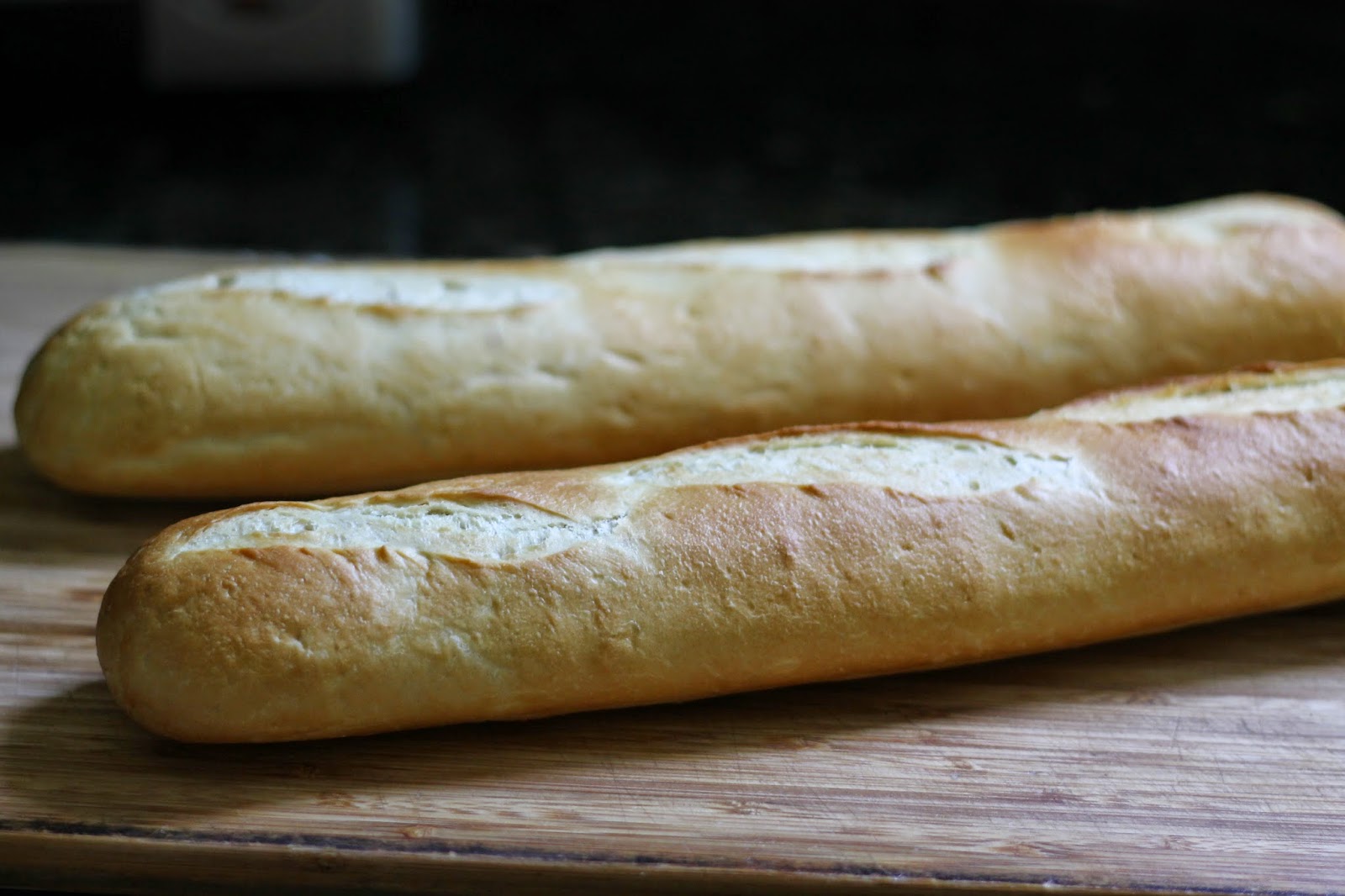 3. Then, slice your baguettes into thin rounds and spoon about 1 tablespoon of the mixture on each slice. Drizzle remaining vinegar and oil onto the rounds for extra flavor and top with more cilantro, if desired.

4.  Bake for 25-30 minutes. If you're feeling fancy, top with freshly grated parmesan or basil. 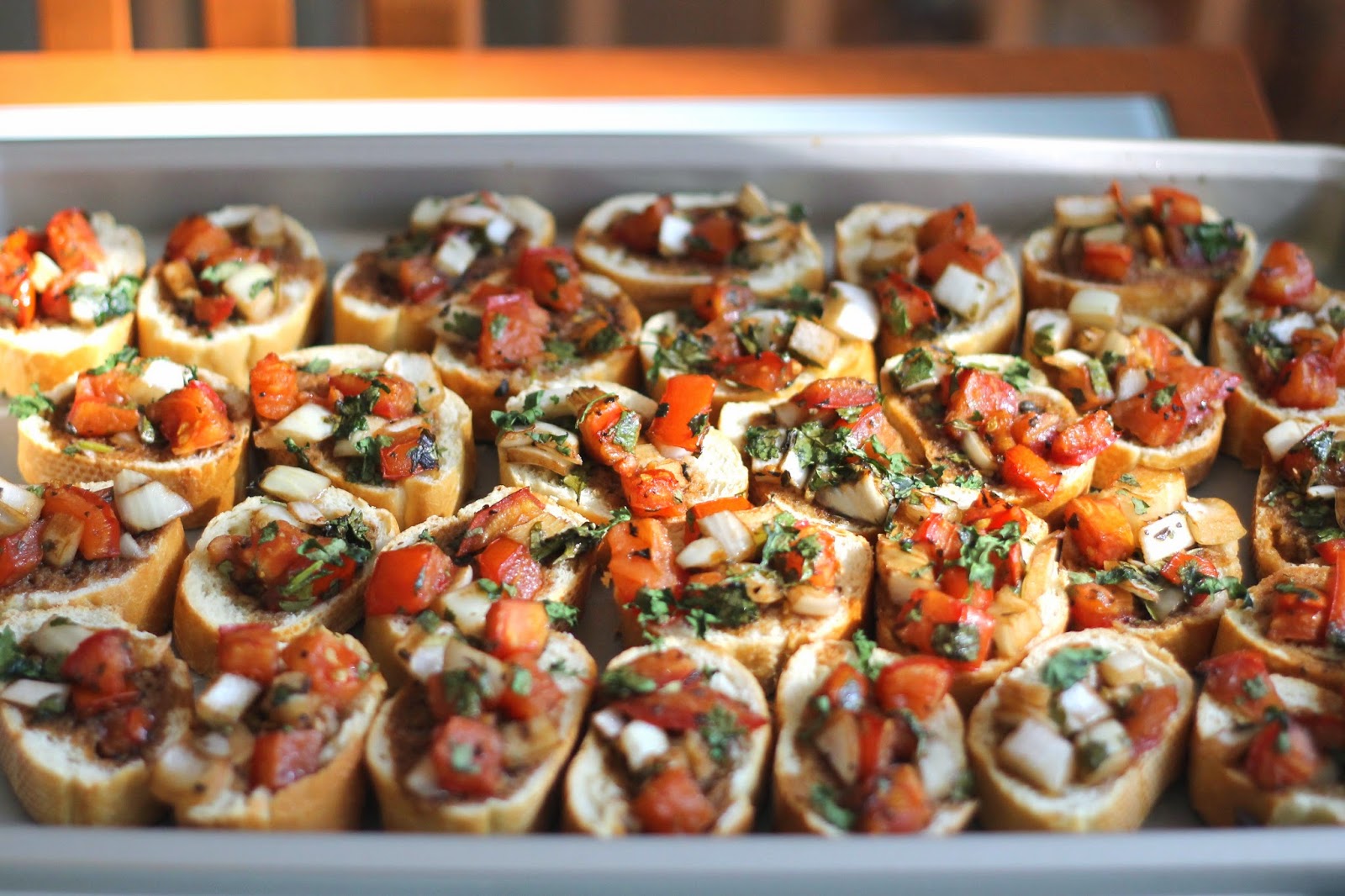 And there you have it. Wasn't that easy? You could have figured it out by yourself and hardly needed me to tell you how to mix together oil, vinegar, and tomatoes and top it on some bread. But the combo of the fresh tomatoes and acidity of the vinegar pairs so beautifully with the crusty bread you won't be able to stop at just one. Try it for yourself, I guarantee it'll be a hit at your next party!
Labels: cooking food recipe