Did 2020 feel like the longest year ever or what? Can you believe Tiger King came out at the beginning of the pandemic? It feels like a lifetime ago!

After the hustle and bustle of the holidays, January is always a time to slow down and reflect. As I've gotten more knowledgeable at work, things that used to take me longer now take less time, and so I've had more free time. Plus, volumes are generally down due to the pandemic. 2020 was also the year of content! So much content. With all this extra time I've been reading more, listening to podcasts, trying to watch less TV (but still a ton), and trying to prepare for my move as much as I can 6 months before (which is not much). Before I forget and life speeds up again, I wanted to recap some of my "best of" 2020. 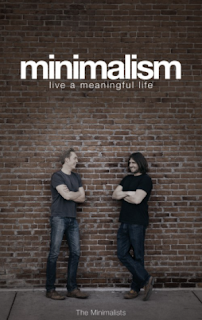 2. Be flexible -- As 2020 taught us, we have to be flexible and adjust to whatever gets thrown our way. The whole world had to adjust to the unprecedented pandemic of the century. Health problems that appeared and disappeared on a dime, job losses, promotions, job offfers, all showed us that it's crucial to be able to adapt to rapidly changing scenarios. A few weeks after I signed my contract, my coworkers had all of their job prospects pulled out from under them due to a new bill that passed in Congress. It wasn't even on any of our radars, but they both had to start from scratch! Needless to say I was glad I signed my contract but that could have easily been me. This year, I actually want to plan less and take things as they come more. It'll be hard because C is actually more of a planner than I am but I think after the uncertainty of 2020 I just need to go with the flow more. Live each day fully. Don't suspend happiness until some nebulous future that will never come.
3. Live in a house -- I've been more and more obsessed with real estate and buying a house. I know that will be my next big financial goal but I also know it won't happen in 2021. I want to be able to save up a 20% down payment for a conventional loan and 15-year mortgage and right now I don't have 20% saved up to buy a house in California where houses easily run $800,000 for a 1800 sq ft home. I've already built a solid financial foundation (nice to see I cared about that even in 2014 ;) so I don't need to worry about debt or retirement accounts. Buying a house will be my biggest goal once I start my attending position. I also don't want to buy a condo or another stepping stone so I am planning on renting for at least 1-2 years. But I think I'm just over living in an apartment! I'm sick of parking in a parking garage, carrying groceries up 3 flights of stairs to get to my apartment. I'm ready for more space, including outdoor space, and to be able to live in a neighborhood that isn't under construction all the time. The dream would be to rent a small house in Ventura with a nice backyard...I'm not sure that'll happen as there are many more apartments in Ventura but I can dream! 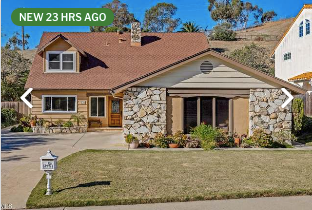