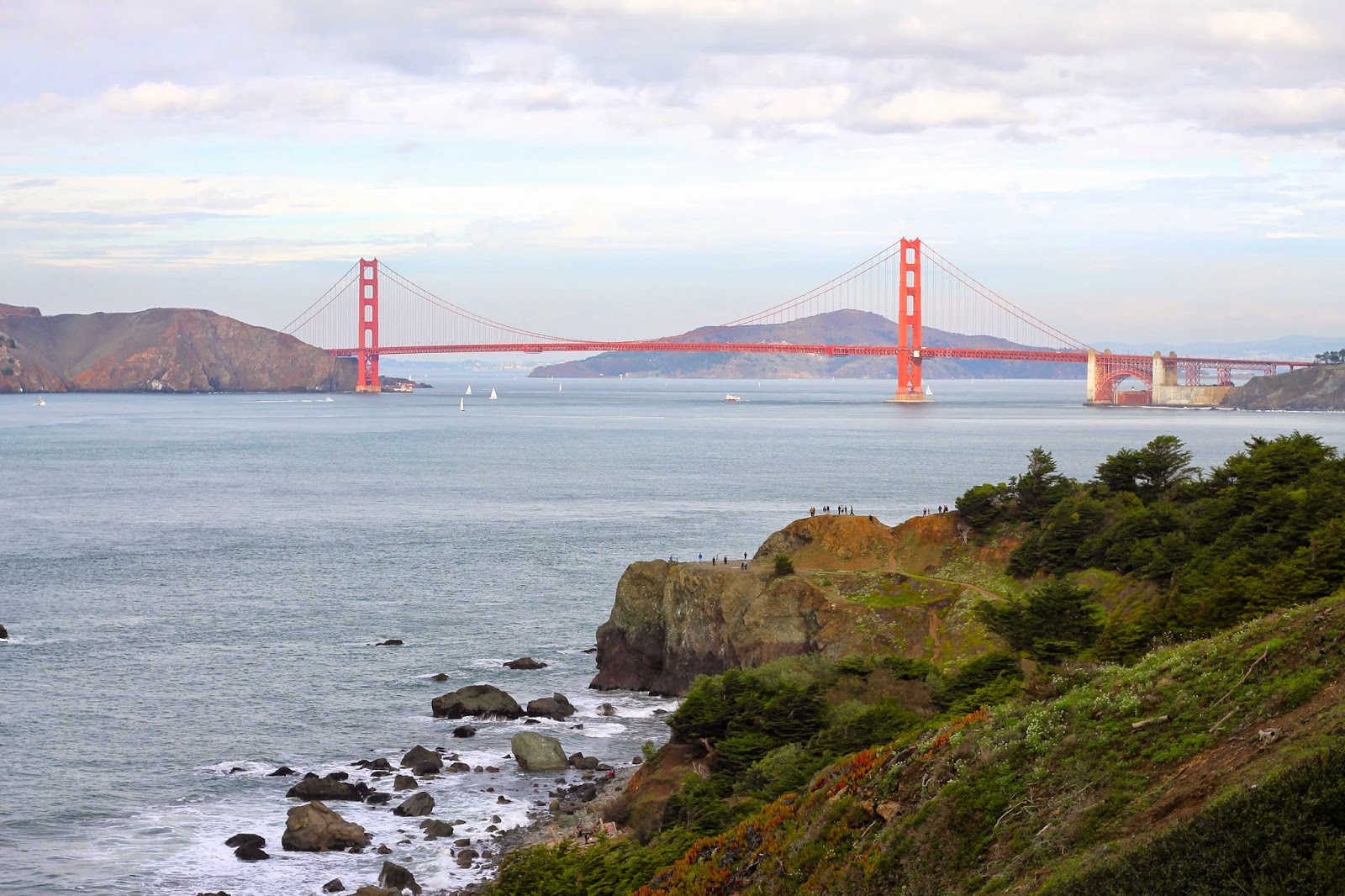 Sunshine in SF, if only for a second

My last weekend on the west coast was spent in the South Bay cities of Palo Alto and Menlo Park. A surprising amount of my friends from high school live there, and it was a great chance to catch up and reconnect with some friends (some engaged and married!) I haven't seen for years. I stayed with my friend R, who visited me in LA over the summer, who tried hard to sell me on living in South Bay. There's more sunshine, it's much warmer than the city which is overrun by clouds and fog, there's more space--and after seeing the cute downtowns of PA and Menlo Park, I couldn't help but agree (a little).

On Sunday, after binging on dim sum in Mountain View, we took a day trip to SF for hiking. One thing I love about the West Coast is just how active people are, and how they make being active a priority. Almost all options for plans include hiking, running, or taking a fitness class (I took my first kickboxing class in Palo Alto!) instead of just eating or drinking out, which is what I usually revert to on the East Coast. And in Cali, it's possible because there's so much dramatic, natural beauty so close to all the major cities.

I told R I wanted some great views of the Golden Gate bridge and great photo ops. Land's End trail on the city's western edge perfectly fulfilled those requests (R knows me well) and even had a little surprise for me at the end. 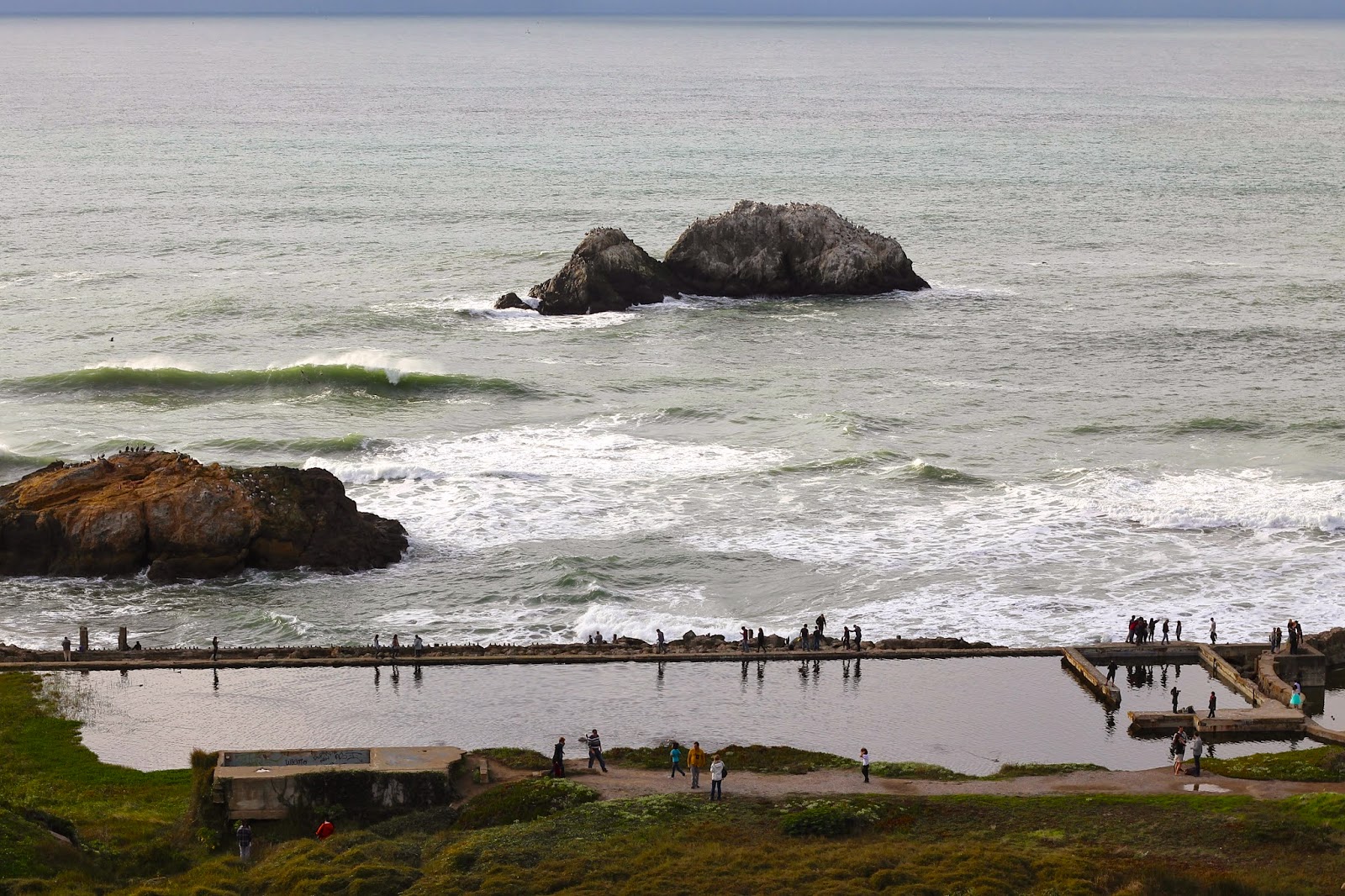 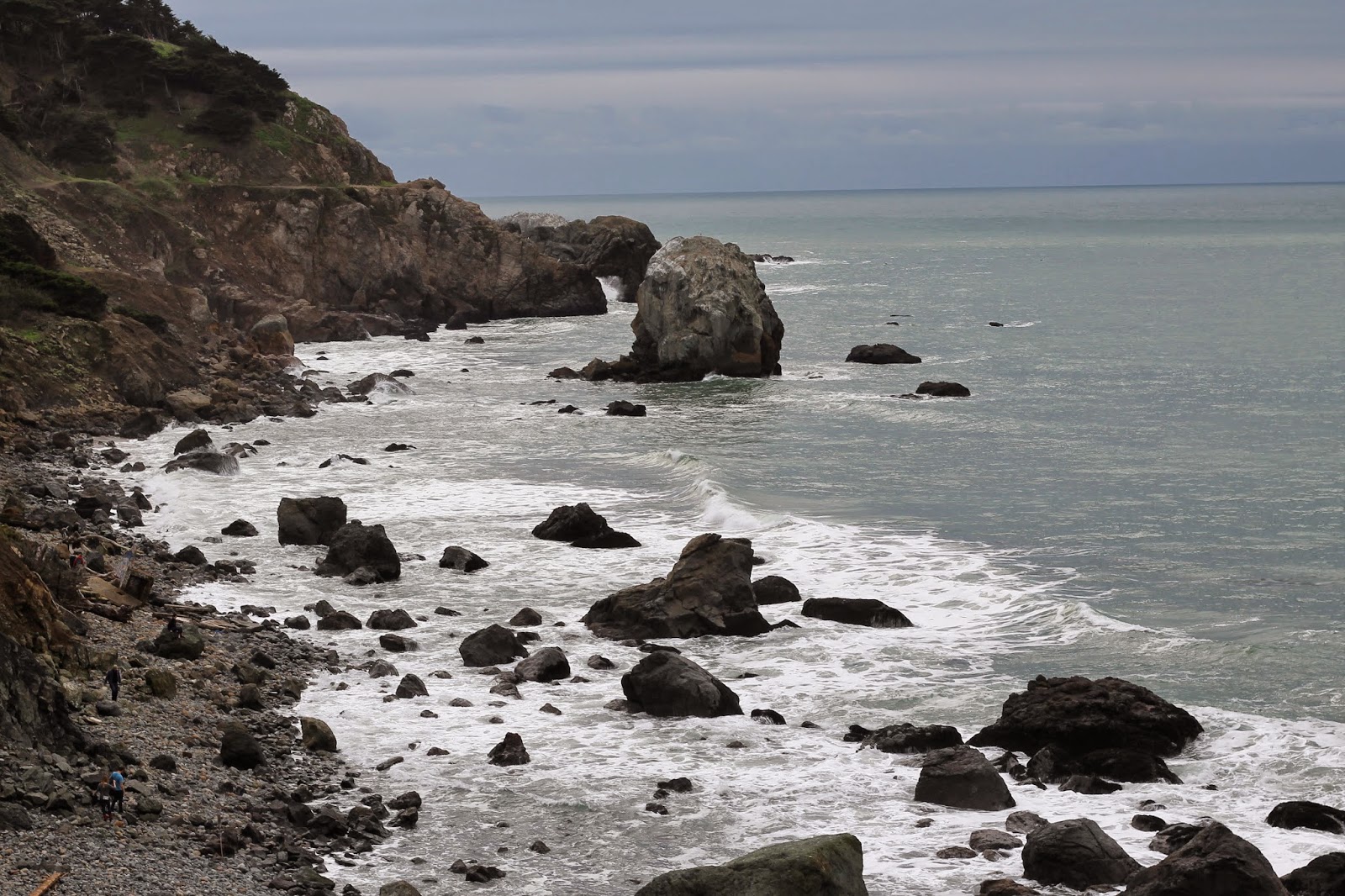 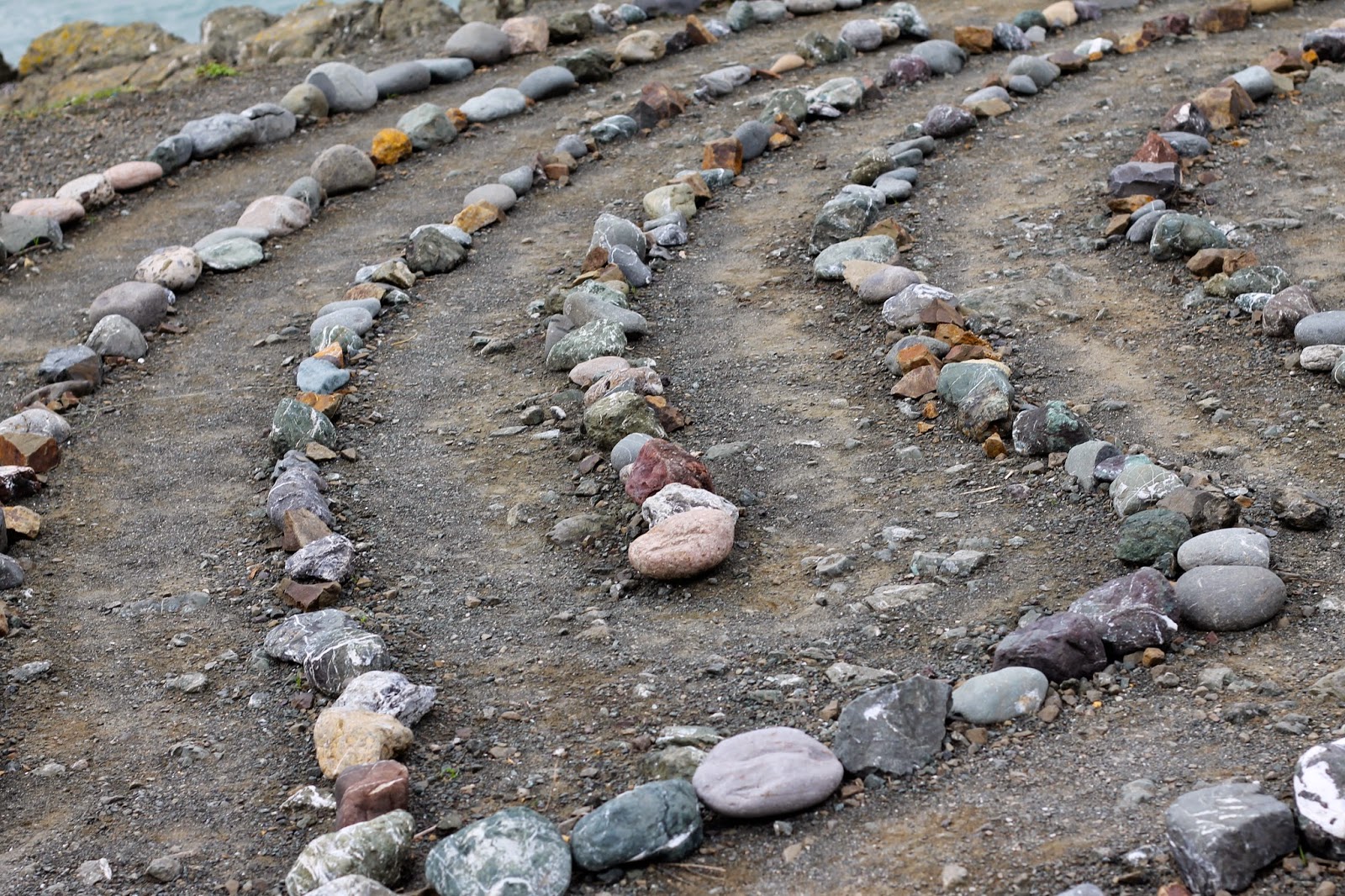 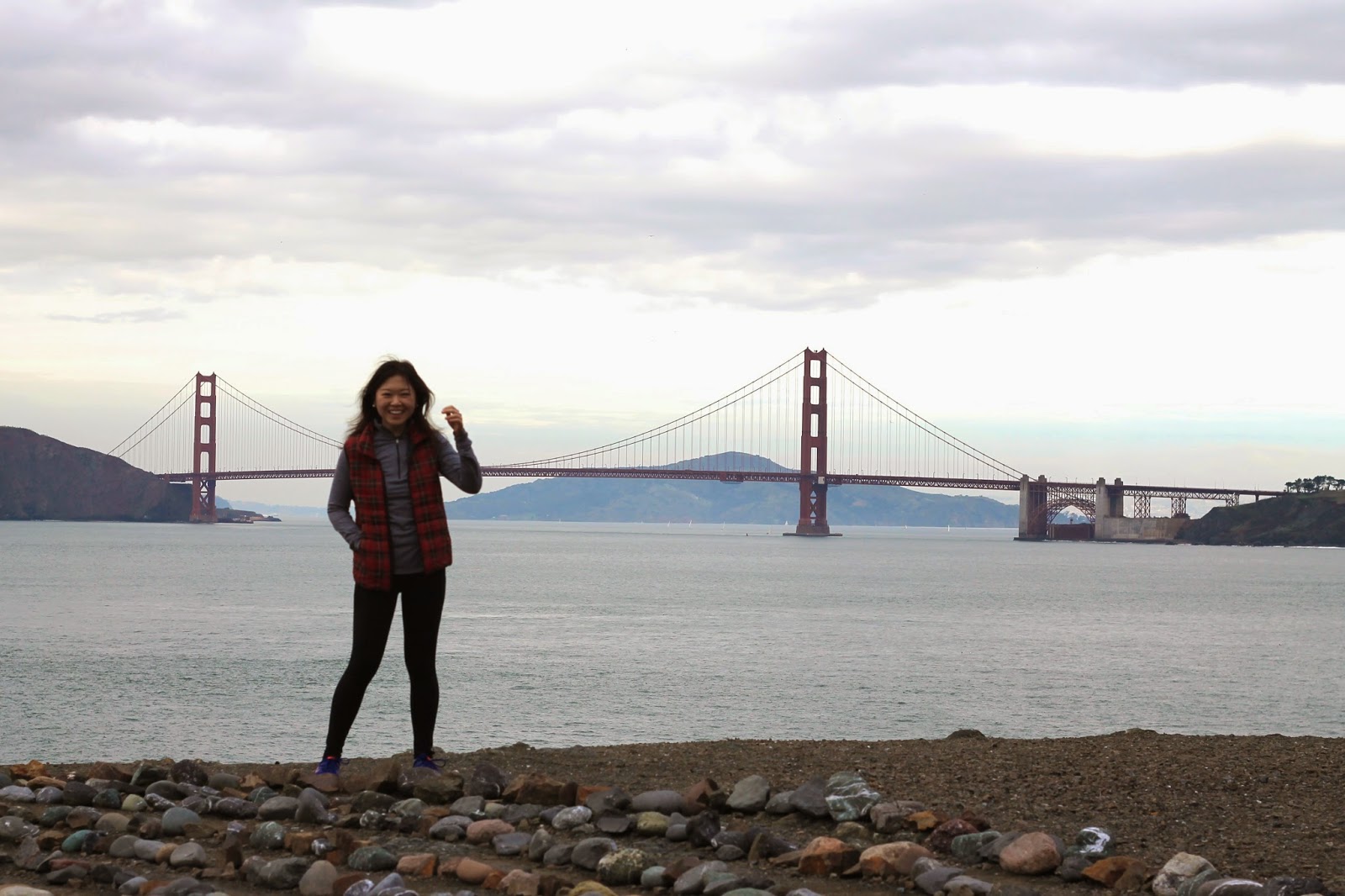 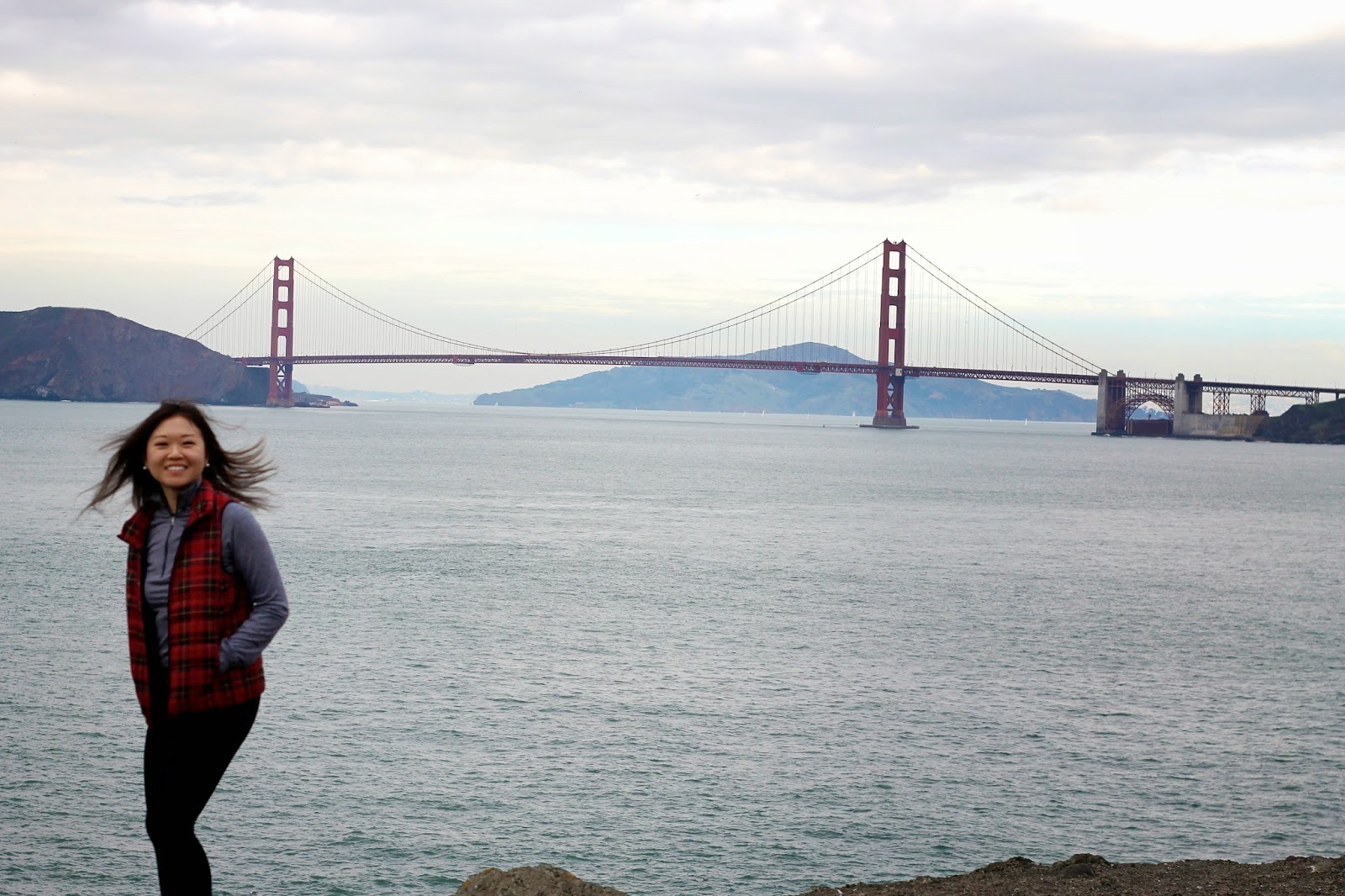 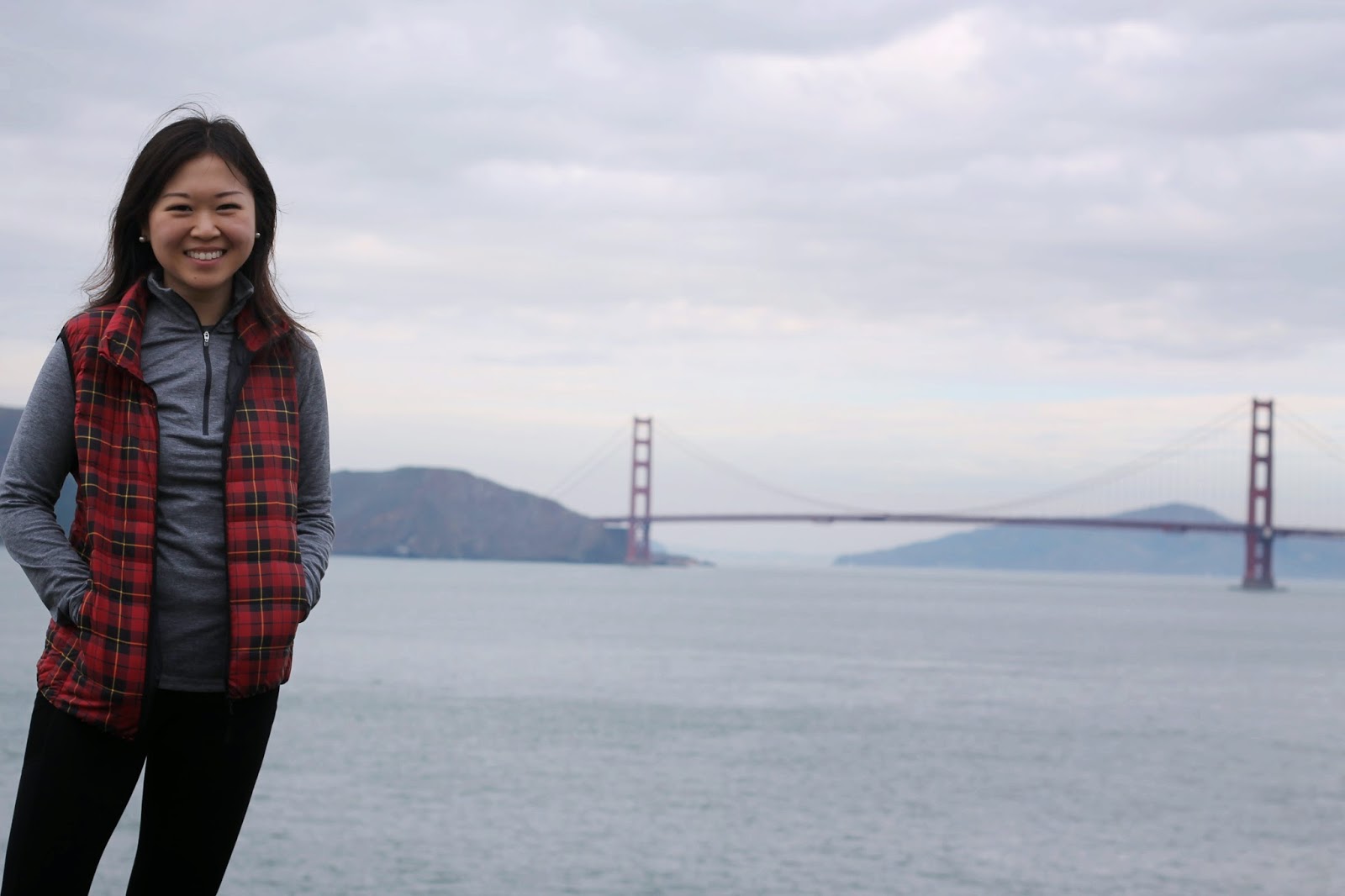 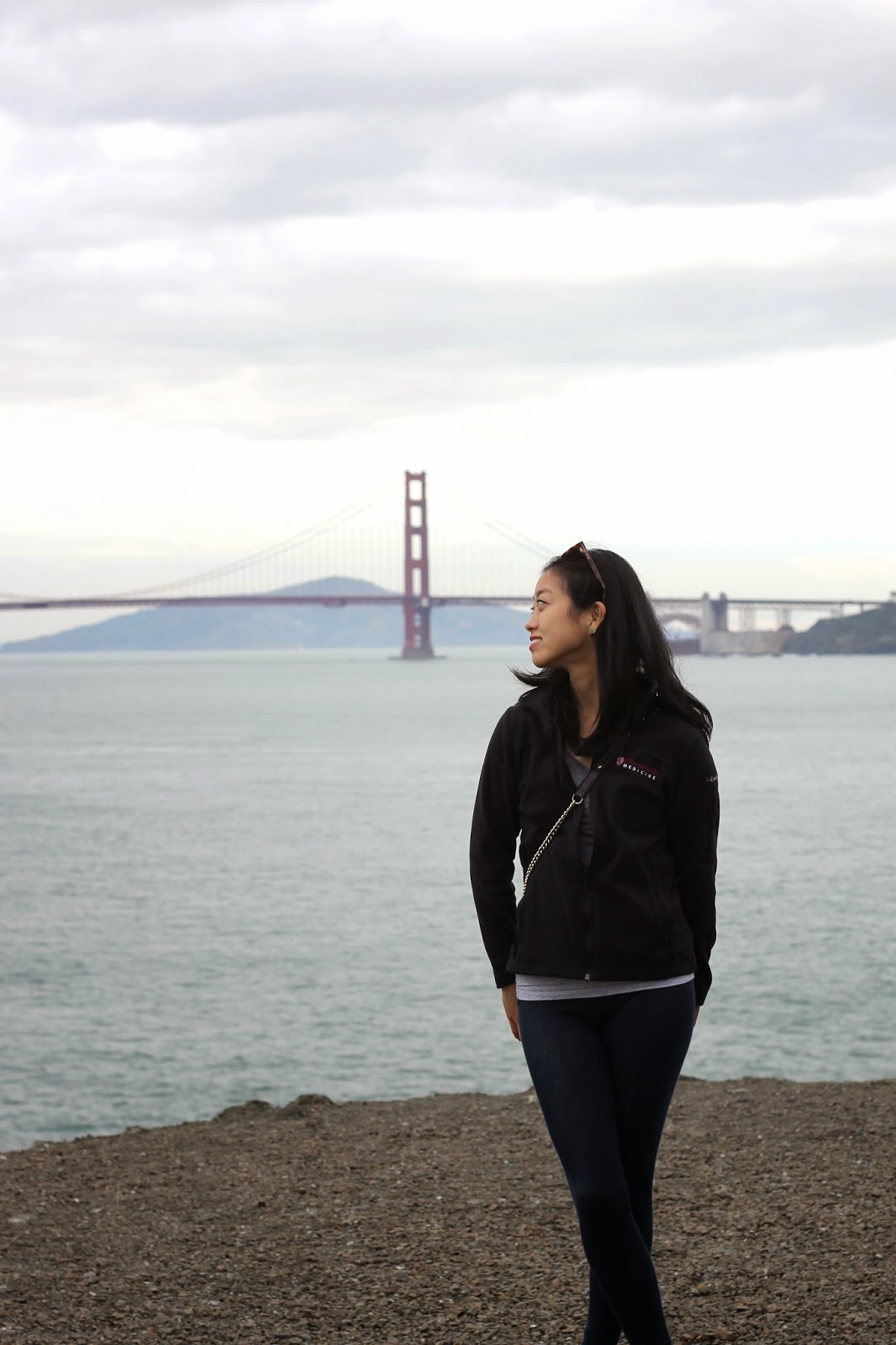 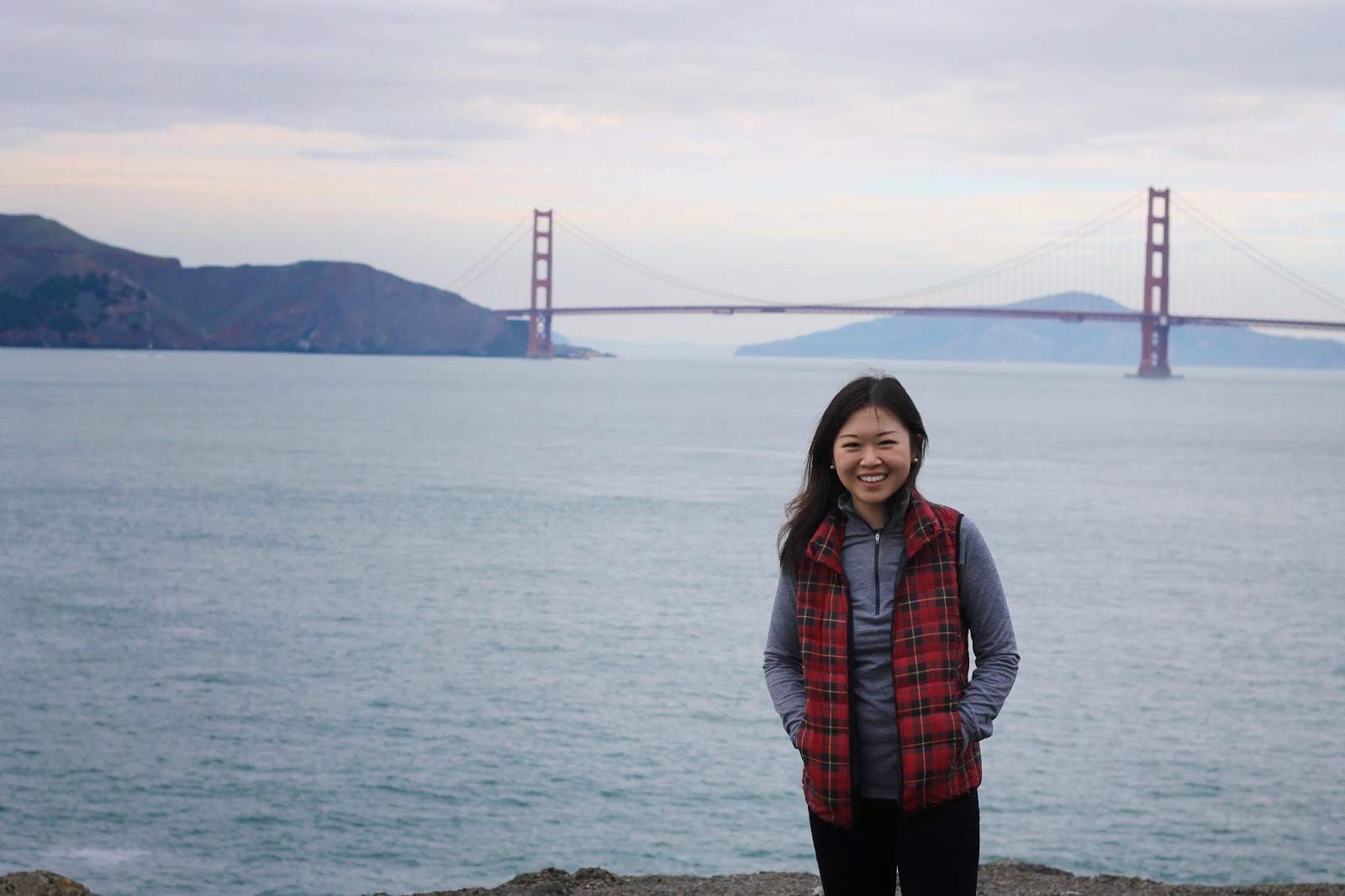 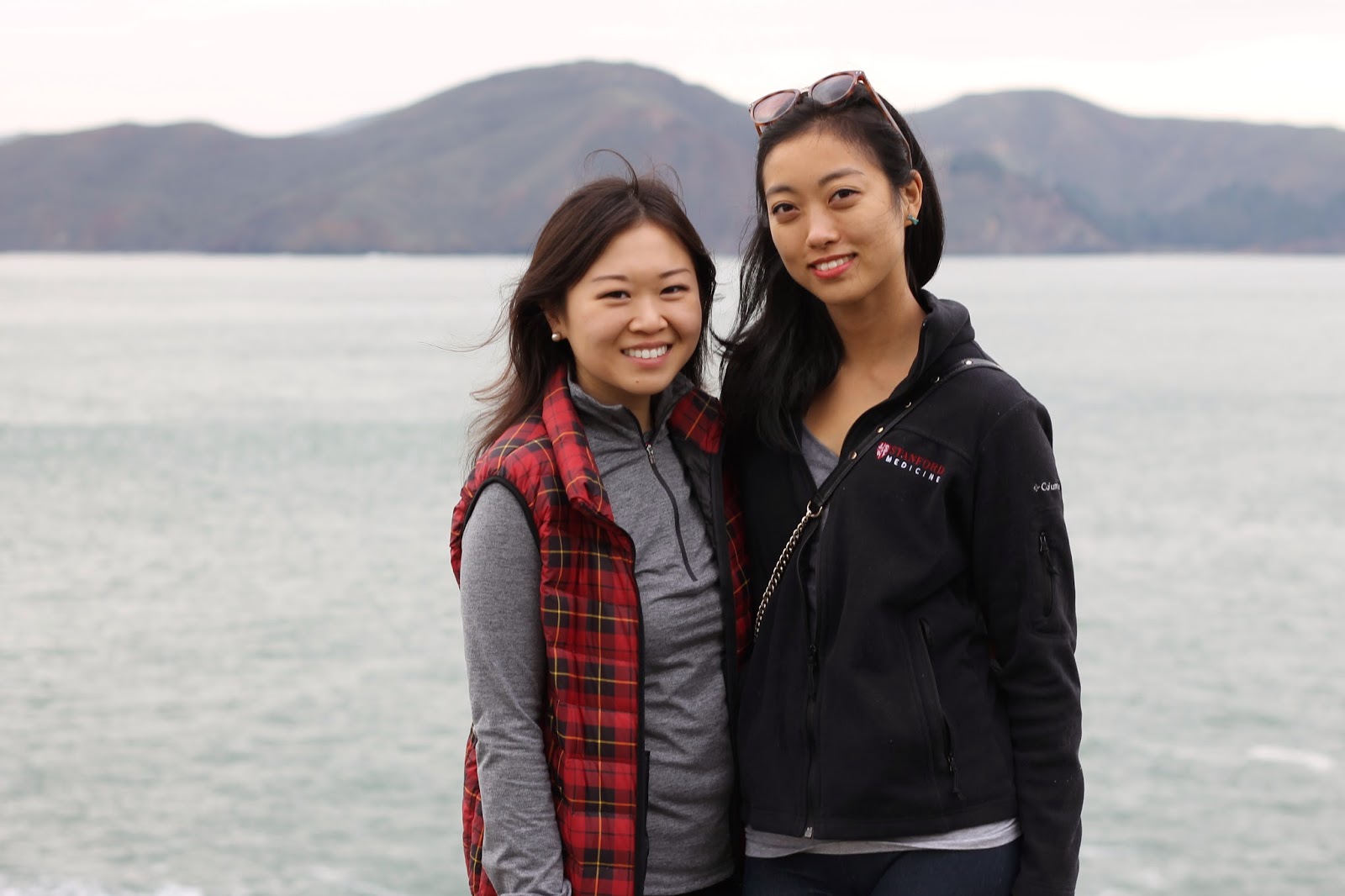 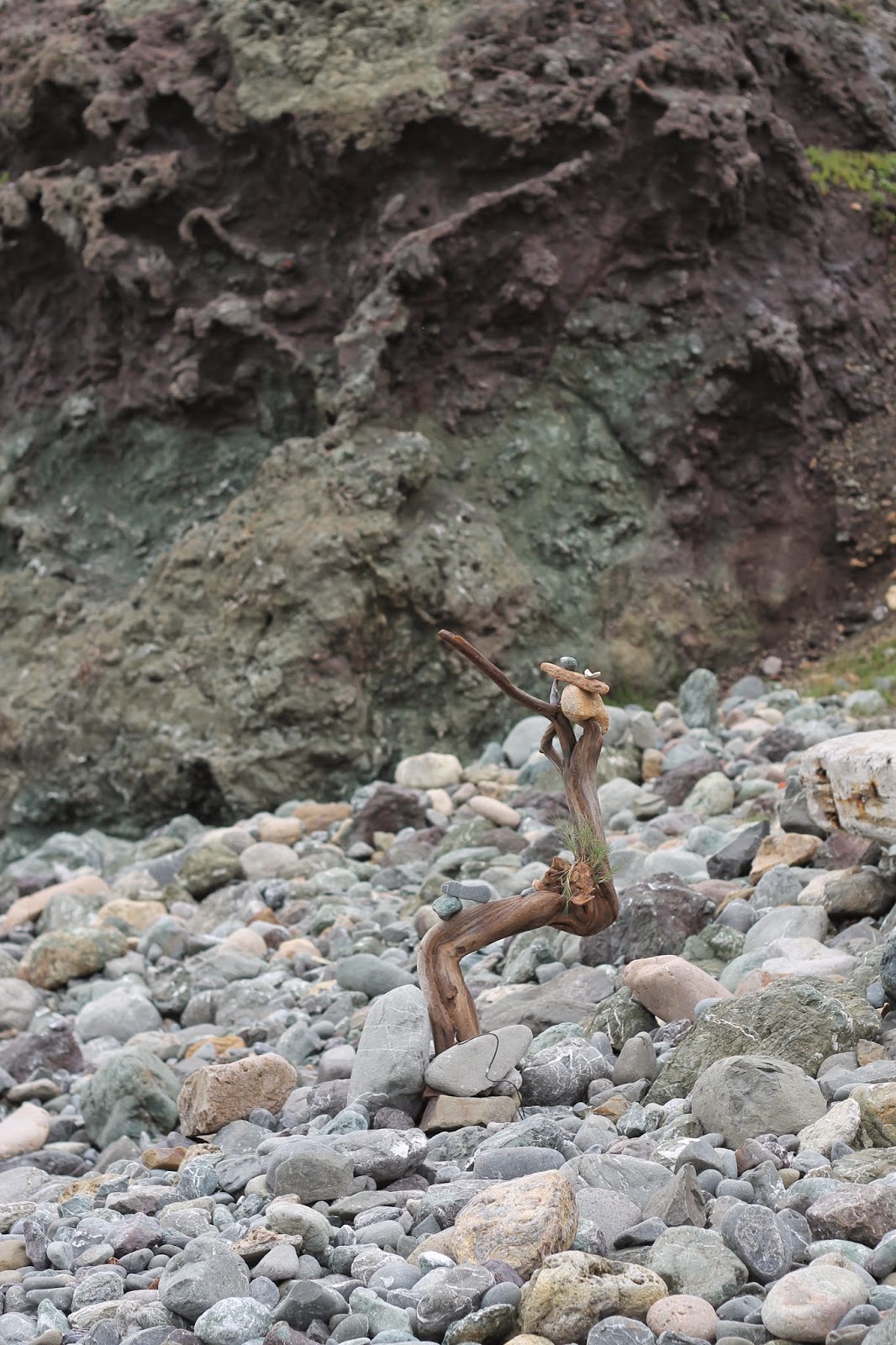 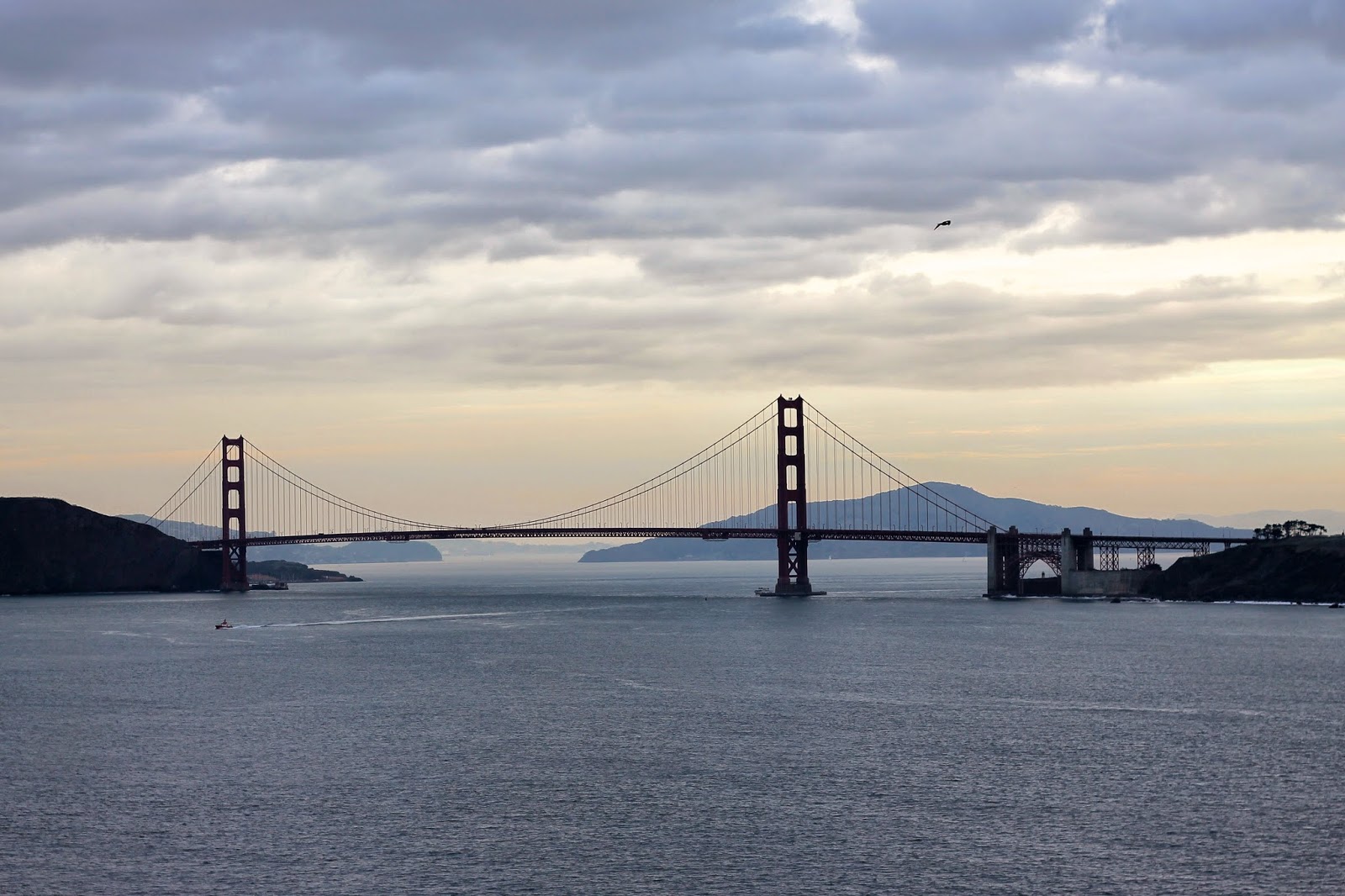 On our way back, I spotted a group of people standing at the end of the trail. That guy looks familiar, I thought, before squinting to make out my roommate's fiance. Then it dawned on me that my ROOMMATE would be in the group too. I screamed her name and we ran to each other in slow mo and jumped into each other's arms, like out of a Nicolas Sparks movie ;)

It was total coincidence bumping into her...I knew she was visiting SF for a few days overlapping with me, but honestly forgot because we hadn't planned to meet up since she was staying in Berkeley and I in Palo Alto. Needless to say, it was fate that brought us to the SAME trail in a totally foreign city. After the initial surprise and excitement, we went to grab bubble tea nearby with some of her college buddies. 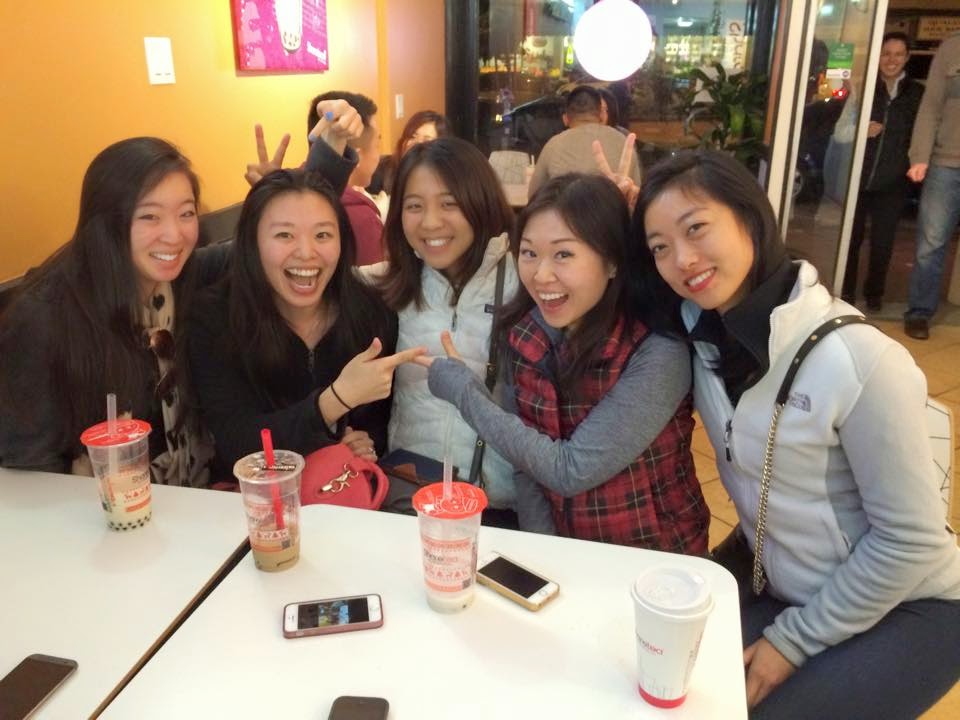 Roomies (C is second from the left) reunited in SF!

After one interview in South Bay, I took the Cal Train up to the city for my last 3 interviews in SF. I was gracious enough to stay at a family friend's house in the Marina district. After 2 weeks of being a nomad and sleeping in various friend's couches and Airbnb's, I was so thankful I had my own room with my own bed and surrogate parents (the father was my dad's best friend growing up in Beijing) to look after me. 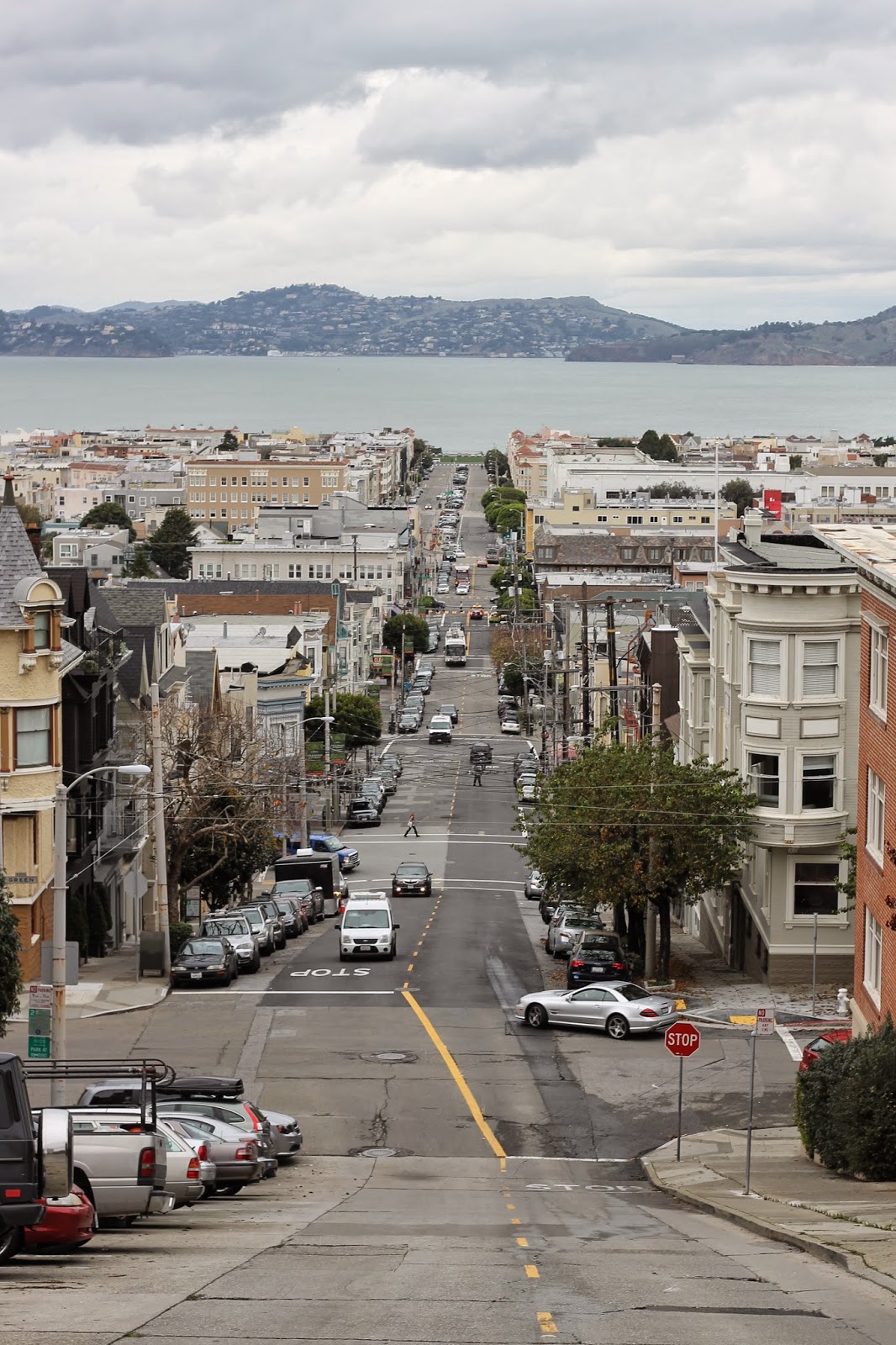 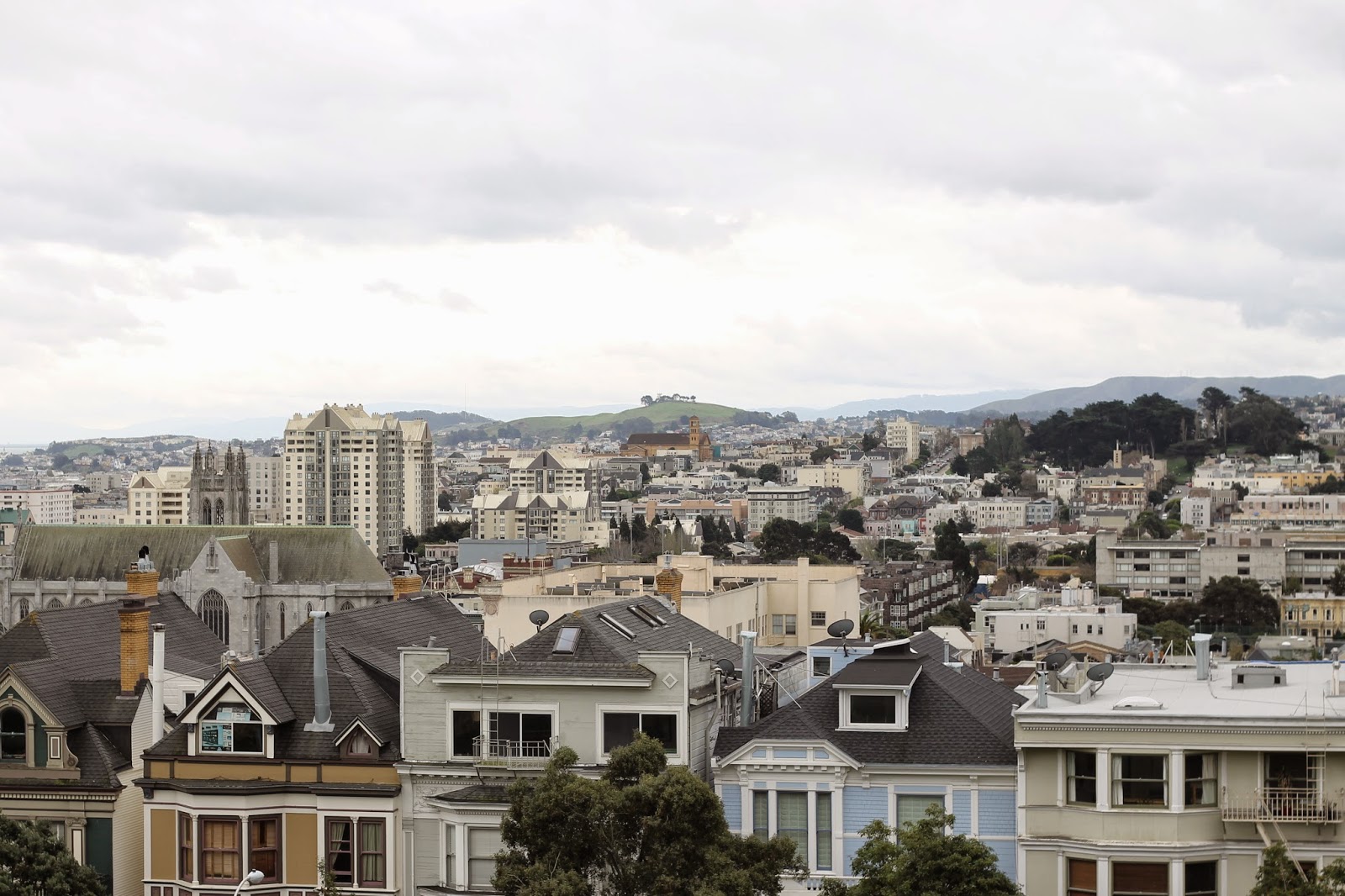 On top of a hill 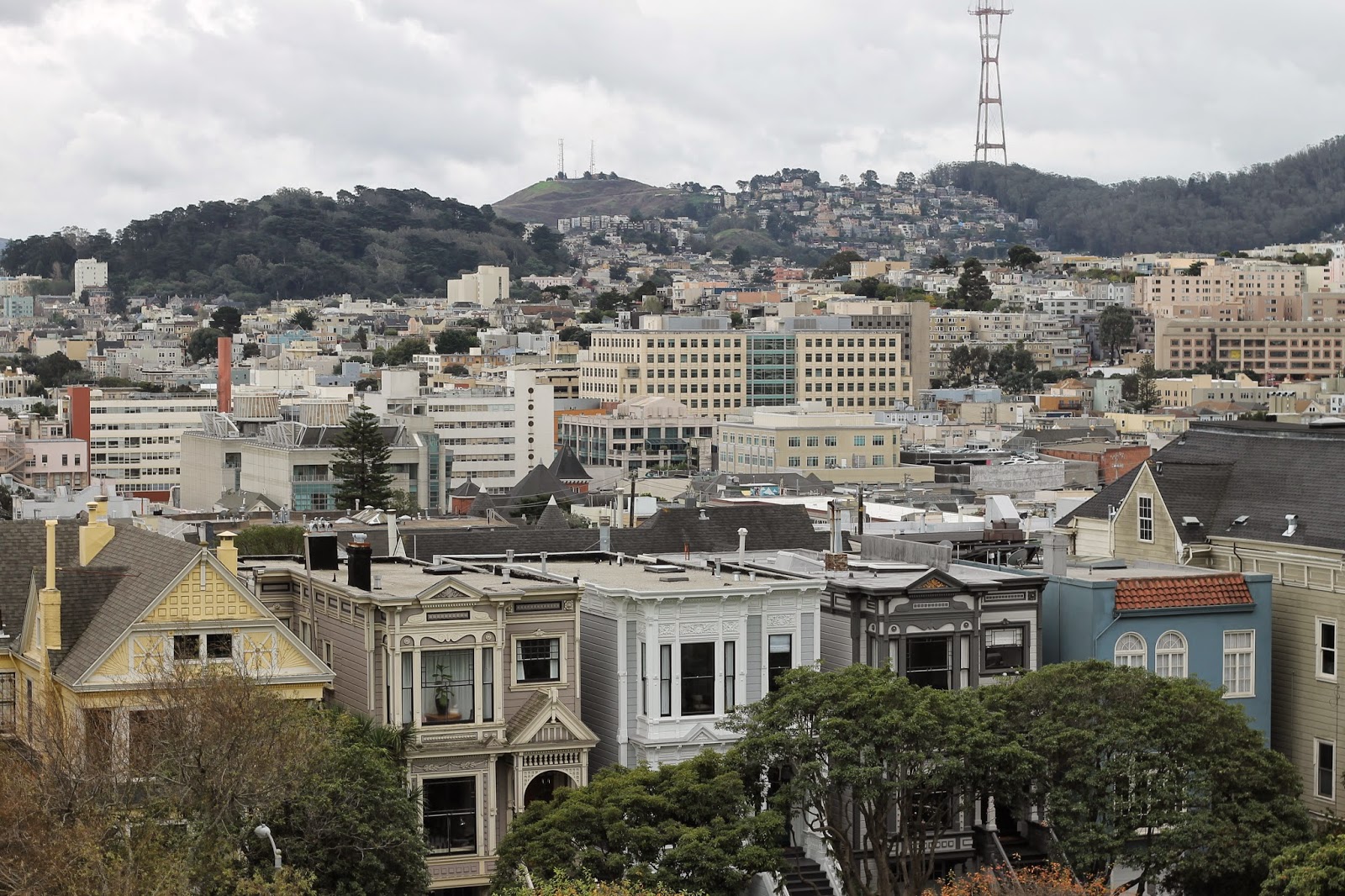 By the time I was finished interviewing every day, I didn't have a lot of time to explore since it rained nearly every day I was there and grew dark by 4 pm. I met up with a few other friends who lived in the city and explored some of SF's famous food scene. Highlights include Mission Chinese (I went twice for their twice cooked pork with rice cake...best dish I ate on my west coast tour) and Bi-Rite creamery.

Even though I didn't get to explore as much of SF as I wanted, I'll likely be back soon! I'm fully intending to rank my SF programs top of my list. The way the Match works is that you are likely to get within your top 3 choices, especially in the field I'm going into (Internal Medicine), and my top three choices are all in SF. At some point during this long residency and interview application process, I realized that prestige of the program was not so much important to me as quality of life. I didn't want to kill myself and sacrifice another three years of my life for an always loftier goal that is just out of reach (the most prestigious med school, residency, fellowship, etc). I want to have the chance to explore a new city, and SF is arguably the coolest city in the country right now. So many of my friends already live there and my sister will be moving there too, so I would already have a built in network of people. I've wanted to leave Maryland for a long time now and now's my chance. Counting down the days until the Match (Mar 20)...SF here I come!
Labels: travel